Where in health am I? : Home / Health Cloud / Challenges / Infections / Viruses / Coronavirus / SARS 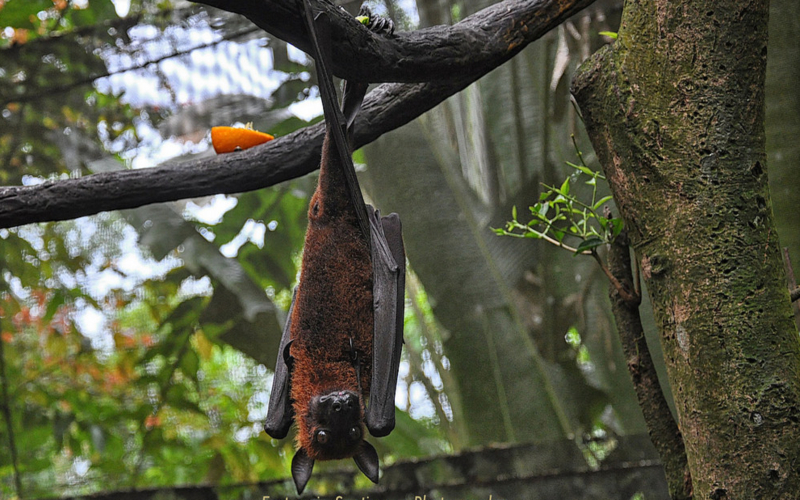 I can’t remember how many friends had lost their jobs before me, perhaps it was 11 or 12. I do recall that I was handed my notice three days after our weekly work drinks, which we had to move from an indoor bar in Hong Kong’s Central district to an outside venue in Happy Valley as some of my friends feared we’d be exposed to SARS indoors.

The horrific events of 9/11 only a year and a half earlier had already caused the Dow to drop just over 14 percent, losing $1.2 trillion and leaving the Asian Tiger economies flattened. When SARS seized this city in March 2003 it was attacking not only a vulnerable population but also a fragile economy. My job was cut in April; I was one of…

After a detective hunt across China, researchers chasing the origin of the deadly SARS virus have finally found their smoking gun. In a remote cave in Yunnan province, virologists have identified a single population of horseshoe bats that harbours virus strains with all the genetic building blocks of the one that jumped to humans in 2002, killing almost 800 people around the world.

Another outbreak is a certainty’: are we ready for a superbug epidemic?

Fifteen years ago, Sars spread through Hong Kong like wildfire. With ever-denser populations and rising antibiotic resistance how many cities are prepared for a viral or bacterial outbreak?

The outbreak of severe acute respiratory syndrome (SARS) from 2002 to 2003 left a profound mark on East Asia, and nowhere more than China, where the disease affected thousands of people and killed hundreds. Many Chinese recall how empty the streets were in those dreadful months, as hundreds of millions of people stayed home to avoid exposure to the killer virus. But this confinement gave an unexpected boost to the country’s nascent e-commerce sector: Unwilling to go out for anything but the essentials, many Chinese began shopping online.

So They Figured Out Where SARS Came From

It wasn't the palm civets or cats, after all.

This pandemic started as just another strange pneumonia from southern China, but in 2003 it turned into a global outbreak that infected 8,098 people and killed 774. Key to the disease’s spread, researchers found, was a small but crucial portion of the population that became known as “superspreaders,” people who transmitted the infection to a much greater than expected number of new hosts.

We dodged the bullet with SARS, as the virus burned itself out or mutated into something harmless. I don't think it's clear how quickly a vaccine against SARS would have been ready, but I'm sure it would have been a question of years, not months.

How SARS Was Contained

The SARS outbreak was the first major international health emergency in which the W.H.O. was able to take full advantage of the Internet age. It was detected early because of recently established Web-based systems trawling for unusual health events.

Is Medical World Ready For a Return of SARS?

Then there is the frightening possibility that the SARS virus -- or a stronger mutated strain -- could be inadvertently released by a hospital or lab researcher. David Ho, a noted U.S. AIDS researcher who is working on SARS with labs in Hong Kong and China, calls this possibility "a huge concern." In China, he says, "over two dozen labs are growing up buckets of virus."

As for what happened to the missing vials, the lab has left that up to the authorities. France's National Security Agency of Medicines and Health Products is investigating the mix-up. Vanderbilt University's Dr. William Schaffner speculates that the vials could have been "accidentally incinerated and destroyed." But "the worst case scenario is that we will never know what happened to them." So try to not to worry about?

How do researchers study a new pathogen? Stanley Perlman talks about how virus researchers studied SARS and MERS after they emerged, what they learned, and why there are no more cases of SARS. He also discusses his work on a coronavirus model of multiple sclerosis.

SARS, MERS and the Coronaviruses

The explosive nature of the first SARS epidemic, the high mortality, its transient reemergence a year later, and economic disruptions led to a rush on research of the epidemiological, clinical, pathological, immunological, virological, and other basic scientific aspects of the virus and the disease. This research resulted in over 4,000 publications, only some of the most representative works of which could be reviewed in this article.

The horrific events of 9/11 only a year and a half earlier had already caused the Dow to drop just over 14 percent, losing $1.2 trillion and leaving the Asian Tiger economies flattened. When SARS seized this city in March 2003 it was attacking not only a vulnerable population but also a fragile economy. My job was cut in April; I was one of thousands who lost a job due to SARS.

Since 2004, there have not been any known cases of SARS reported anywhere in the world. The content in this Web site was developed for the 2003 SARS epidemic. But, some guidelines are still being used. Any new SARS updates will be posted on this Web site.

SARS infection was a major risk to world health. Only vigorous efforts by many governments prevented a wider epidemic. The threat of new mutant viruses continues and SARS was a wake-up call.

Severe acute respiratory syndrome (SARS) is a serious, potentially life-threatening viral infection caused by a previously unrecognized virus from the Coronaviridae family. This virus has been named the SARS-associated coronavirus (SARS-CoV). Previously, Coronaviridae was best known as the second-most-frequent cause of the common cold.

SARS first appeared in Southern China in November 2002 then surfaced again in Asia in February 2003, from there it spread very quickly to 29 other countries in North America, South America, Europe, and Asia before the global outbreak was contained. According to the World Health Organization (WHO), during the 2003 SARS outbreak a total of 8,098 people worldwide were sickened with SARS and 774 died - the overall case fatality rate was approximately 10% and was highest (50%) in those over 60 years of age.

SARS was recognized at the end of February 2003. WHO co-ordinated the international investigation with the assistance of the Global Outbreak Alert and Response Network and worked closely with health authorities in the affected countries to provide epidemiological, clinical and logistical support as required.