Where in health am I? : Home / Health Cloud / StaynHealthy / Vaccinations / Vaccines / HPV 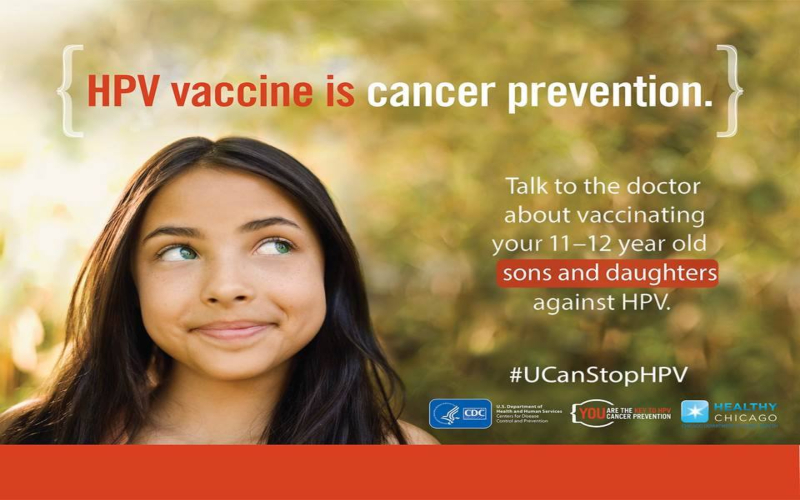 Health experts have a new strategy to get more young people vaccinated against HPV—don’t talk about sex.

Human papillomavirus, which is transmitted sexually, can cause at least six types of cancer as well as genital warts. The vaccine is recommended for boys and girls at age 11 or 12 and is also given at other ages. But the number of teens and preteens who have been vaccinated, which requires a series of three shots over six months, is far below inoculation rates for other adolescent vaccines.

Public-health officials also are considering changing the guidelines to reduce the number of shots, to two from three, that are needed in younger people for HPV immunization. The federal…

But even someone who has already been exposed to a few strains — but not to all nine in the vaccine — can still gain protection against the strains they have not encountered.

Merck has a virtual monopoly on the HPV vaccine. The company’s version, Gardasil, is currently projected to bring the firm $5 billion in sales by 2025, though Wolfe Research says they could reach $7 billion. Those estimates simply account for the introduction of the vaccine in China, where it will be administered to millions of women.

Should Kids Be Required To Get The HPV Vaccine?

However, the counter-argument is that freedom of choice does not always hold when in the words of Spock, "the needs of the many outweigh the needs of the few." You aren't free to run up and down the aisle of an airplane naked and screaming because the needs of other on the plane outweigh the needs of you. Similarly, the HPV vaccine could help slow and even stop the transmission of HPV throughout the population, which can result in cancers that not only affect the cancer victims but also society by adding to health care costs.

A leading sex researcher told us how he navigated the ridiculously challenging process.

What the Gardasil Testing May Have Missed

There’s no evidence that the HPV vaccine causes serious harm, but an investigation shows the trials weren’t designed to properly assess safety.

Why Is Slate Questioning Gardasil?

The benefits of the HPV vaccine still outweigh any potential harms. But the scientific process behind Gardasil was flawed, and the public deserves to know that.

HPV vaccines have always been advertised as protecting women, but a new study shows they also work against an infection that causes a throat cancer that's much more common in men.

Cervical smear scandal – why the HPV vaccine is the best choice

Emma Mhic Mhathúna was a 37-year-old Irish mother of five who died on 7 October 2018 from cervical cancer – an easily diagnosed and treated cancer if discovered early. She died because of a cervical smear scandal in Ireland that led her to receive a false negative on her two pap smear tests in 2016 as a part of the CervicalCheck program run by Ireland’s Health Service Executive (HSE), which manages Ireland’s healthcare.

Crucial Myths About the HPV Vaccine

We have a vaccine that can prevent cancer, and most people don't get it. Misinformation is undermining the health of thousands of kids.

In the early 1970's, HPV received a great deal of media attention when Harald zur Hausen first postulated its ability to cause the second most common cancer in women...cervical cancer. Now, who gets the HPV vaccine has become the overriding issue, especially if its your kid!

HPV Vaccine: The Science Behind The Controversy

Behind the political fireworks is a quieter backlash against a public health strategy that has won powerful advocates in the medical and public health community. It appears this vaccine gets people riled up because it involves sex and 11-year-old girls.

Pros, cons, and ethics of HPV vaccine in teens—Why such controversy?

Only time will document whether inclusion of both males and females will induce additional herd immunity that ultimately protects a wider proportion of the population or not. Pediatric urologists and pediatricians remain on the “front lines” in informing patients and parents regarding the benefits of HPV vaccination and need to keep informed about the benefits of the vaccine.

After all the politics surrounding the vaccine that protects against two strains of the human papilloma virus (HPV) that are responsible for about 70 percent of all cervical cancers, I'm starting to notice headlines that refer to it as the "cancer shot" rather than the "HPV shot." I guess people finally woke up to the fact that scientists have developed something that protects against cancer.

More than half of all American teenagers are getting vaccinated against human papillomavirus, and the rate is rising over time, according to a new report from the Centers for Disease Control and Prevention.

Share Tweet Save More Personal Health Personal Health Jane Brody on health and aging. You’d think that when parents are told of a vaccine that could prevent future cancers in their children, they’d leap at the chance to protect them. Alas, that is hardly the case for a vaccine that prevents infections with cancer-causing human papillomavirus, or HPV. The vaccine, best given at age 11 to 12, is currently the most underutilized immunization available for children.

A widely available vaccine can substantially lower the risk of various cancers for those who receive it. For men who have sex with men, the benefits may extend even further. But those potential benefits for gay and bisexual men are often left out of the conversation.

In Japan, coverage rates for the HPV vaccine have plummeted from 70 percent in 2013 to less than 1 percent today. This happened after a preliminary (and allegedly fraudulent) mouse study showing the vaccine caused brain damage was spread by the media, along with unconfirmed video reports of girls in wheelchairs and having seizures after getting immunized.

Pediatricians talk about cancer risk, not sex, in an effort to get more boys and girls vaccinated against HPV.

Constantly updated news and information about the HPV vaccine.

GARDASIL is the only vaccine that may help guard against diseases that are caused by human papillomavirus (HPV) Types 6, 11, 16, and 18.