Where in health am I? : Home / Health Cloud / StaynHealthy / Maternal Health / Childbirth / Prematurity 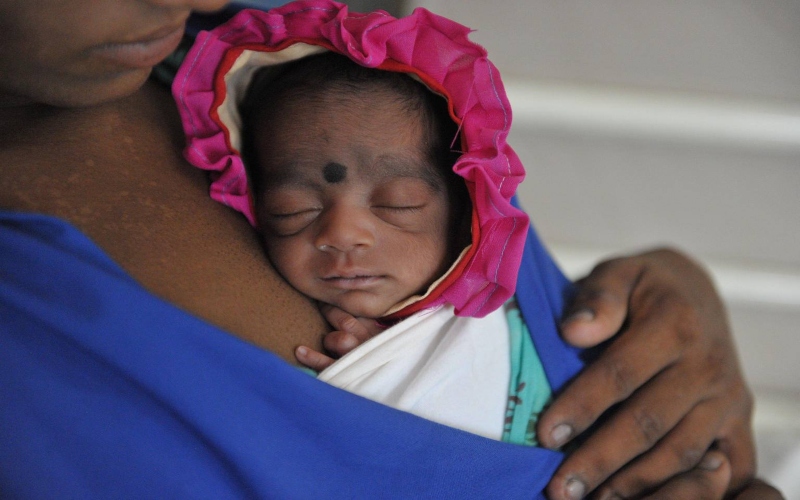 Each year, 15 million babies arrive too soon — before 37 weeks of pregnancy — but experts are still largely in the dark about why this is happening.
“Preterm birth is still a big black box,” says Chris Howson, vice president for global programs at the March of Dimes and a study author. “We don’t know the cause of 50% of all preterm births, and we still don’t fully understand the causes and mechanisms behind the other half.”

What is obvious is that the following five interventions can reduce the preterm birth rate from about 9.6% of live births to 9.1% and save $3 billion in the process:

Every year, more than 400,000 women in America have babies who are preterm, low birthweight, or who die before their first birthday.

More babies in the US are being born prematurely—a trend that’s linked to the state of racial inequality in America today.

A teaspoon of a pregnant woman’s blood would be required for this experimental tool.

Women between 30 and 34 had the lowest risk for a preterm delivery, at 5.7%. But another way to look at it is to break the groups down further into decades: overall, women in their 30s have a lower risk of giving birth prematurely than women in their 20s.

The Trauma of Having a Newborn in the NICU

After premature births, parents can suffer from PTSD. Peer networks are forming to help.

Why doctors are so bad at predicting pregnancy due dates

Only 4 percent of women give birth on their due date. These researchers want to fix that.

According to a depressing new study out of McMaster University in Canada, being poor or unlucky in love may be tied to whether or not you were a premature baby.

Throwing money at unproven programs for preventing prematurity, or at cash-cow NICUs, won't improve America's infant-morality rate. Instead, it's critical to follow the data—which suggest that we need fewer, not more, hospitals to take care of the sickest babies.

I didn't expect anything other than a healthy full term baby. I thought I'd have huge babies, just as my mother did, and I'd have to argue with the hospital staff about not trying to push pain medication on me as I labored for the twentieth straight hour. Ha! As it turns out, my membranes ruptured early with both my children.

A new study published in the American Journal of Epidemiology by Dr. Joan Casey in the School of Public Health at UC Berkeley and fellow researchers, indicates that coal and oil power plant retirements in California were associated with reductions in premature births.

For Babies, Preterm Birth Is Now The No. 1 Cause Of Death

Babies around the world face a lot of risks to their health: pneumonia, diarrhea and malaria, to name a few. But it turns out that no single infectious disease takes a greater toll than the simple fact of being born premature.

In a far-ranging study analyzing data from 183 countries, researchers have pointed to a strong link between air pollution and preterm babies, estimating that one in five babies are born prematurely because of their mothers’ exposure during pregnancy to high levels of PM2.5, fine particulate matter that can reach deep into the respiratory tract.

There are numerous causes of premature birth and the effects, treatment and reasons for prematurity are extensively studied. Knowing the stages of growth and development after a preterm baby is born and how to care for your baby is essential to give the best chance of survival. If you have been told you are at risk of having a premature baby, or if you have already had a premature baby, you are likely to have lots of questions about preterm birth.

Around 60,000 babies are born prematurely each year in the UK (Born too soon, The Global Action Report on Preterm Birth, WHO 2012)and many suffer lifelong consequences as a result. This is one of the highest rates in Europe and it's still rising, yet there is currently no accurate screening test available to identify women at risk. Tommy's believes creating a test must be an absolute priority and much of our current research is devoted to this.

Skin-to-skin contact sustains premature babies where incubators are limited. It may even be the best form of neonatal care, period.

The Problem With What Doctors Call Preterm Labor

"The challenge ahead," Romero continued, "is to figure out which is the mechanism operating in each patient. We need to identify early biomarkers before women present with preterm labor."

There’ve been huge advances in caring for premature babies

Thanks to research and new technologies, the tiniest of newborns now has a better shot at life than ever before.

What Parents Can Do to Help Preemies

Hospitals are enlisting moms and dads to work full-time with their premature babies in the NICU.

What You Can Do to Prevent Premature Birth

If you’re already pregnant – or planning to get pregnant – you can your boost your chances of having a full-term pregnancy and healthy baby by taking these steps...

Each year, 15 million babies arrive too soon — before 37 weeks of pregnancy — but experts are still largely in the dark about why this is happening.

Yeah you, with the chubby cheeks and the umbilical cord stump. You and me, we had the same due date, but I’m already four months old. As your seasoned elder, they’re going to be comparing me to you, but I need you to know a few things.

GAPPS' mission is to lead a collaborative, global effort to increase awareness and accelerate innovative research and interventions that will improve maternal, newborn and child health outcomes.

® helps families before, during, and after a NICU stay and infant loss by providing powerful resources for the whole family, and most importantly, one-on-one mentoring from someone who has been there.

A place of support for parents of Micro Preemies.

Since 2005, Miracle Babies Foundation has been passionate in developing and providing vital programs and resources to support and enhance a family’s experience from a threatened pregnancy, hospital journey with a premature or sick newborn, the transition to home and beyond.

Learn more about premature birth, risk factors, and what you can do.

The March of Dimes Prematurity Campaign, launched in 2003, has stimulated widespread action and attention around the problem of premature birth. Over the course of the Campaign, we have set ambitious goals for reducing the number of babies born prematurely and have rallied others to join us.

Kaitlyn spent 127 days in the NICU. I chronicle the life of my miracle Micro Preemie daughter. See August Archives 2005 to read the 1st post.

Infants born as a result of premature labour suffer significant morbidity as a result of immaturity. Accurate diagnosis of preterm labour can allow for the prevention or delay of preterm birth where possible and, where this is not possible, earlier provision can be made to provide optimal support for the immature infant.