Where in health am I? : Home / Health Cloud / StaynHealthy / Eat / Diets / Flexitarian Diet

We envision a world in which societal consumption of red meat, poultry, seafood, eggs, and dairy is significantly reduced - Reducetarian Foundation 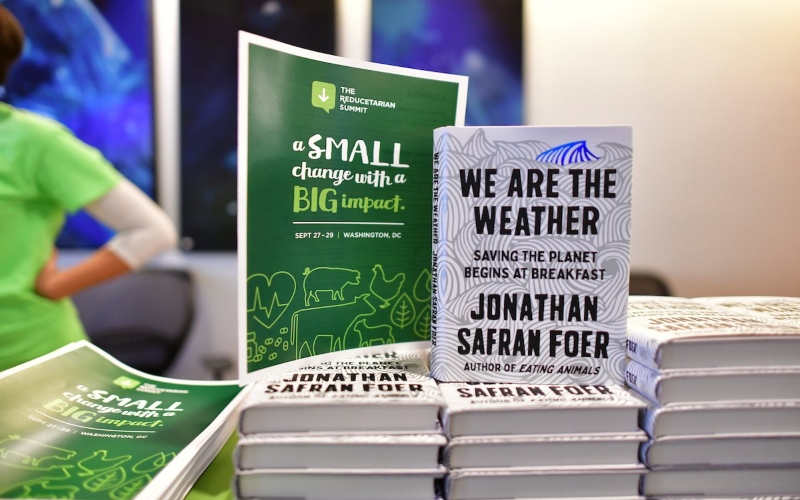 You've probably come across the term "flexitarian" by now. Basically vegetarianism with free passes thrown in, it's the plant-based diet that still allows for maki rolls and the occasional late-night shish kebab. The eating style was pegged as a "key food trend" for 2017, as more of us consider the impact excessive meat consumption can have on the environment, and restaurant veggie options move beyond bland goat cheese tarts and uninspiring risotto.

Despite the annoying moniker, it seems that flexitarians could be onto something in terms of health benefits, too. A Spanish study presented at the recent European Congress on Obesity in Portugal claims that a "pro-vegetarian" diet in which…

Tracy Pollan on the Benefits of a ‘Flexitarian’ Diet

Flexitarian Diets and Health: A Review of the Evidence-Based Literature

A flexitarian or semi-vegetarian diet (SVD) is one that is primarily vegetarian with the occasional inclusion of meat or fish. Of late, there appears to be an increasing movement toward this practice.

Companies are pledging to sell you more plant-based meat and dairy to fight climate change (and cash in on a growing trend).

While Houlton’s climate models find that a vegan diet reduces your carbon footprint more than any other dietary choice, a Mediterranean diet is really close. “Our studies are showing that the Mediterranean diet — which is rich in nuts and beans and has a lot of fish, maybe chicken once a week, maybe red meat only once a month — if everyone were to move toward it, it’s the equivalent of taking about a billion or more cars of pollution out of the planet every year,” said Houlton.

More specific labels like “climatarian” and “reducetarian” can help people stick to their food choices by making them feel like part of a community.

Flexitarian' diets key to feeding people in a warming world

If the world moved to this type of diet, the study found that greenhouse gas emissions from agriculture would be reduced by more than half.

And at least the word flexitarian hasn’t been perverted, as has vegetarian.

Here's Why You Might Want to Try a Flexitarian Diet

It's a "flexible" approach to a plant-based way of life that comes with plenty of health benefits.

How restaurants are wooing ‘flexitarians’

People become flexitarian for a variety of reasons. Usually it is out of concern for the environmental footprint of the livestock industry, animal welfare or one’s own health. Or perhaps flexitarians want to save a few dollars by opting for a cheaper protein alternative than meat.

Love meat too much to be vegetarian? Go ‘flexitarian’

A flexitarian is defined as “one whose normally meatless diet occasionally includes meat or fish”. The term, first coined in 1998, describes people who mostly, but don’t always eat vegetarian foods.

Reducing your meat and dairy intake can help mitigate climate change. Melissa Clark has ideas for how to do it deliciously.

The Rise of the Food-Tarians

Mark Bittman has a new column in The New York Times. It's about food, but also it's about the way we eat in these trying food times. It's called The Flexitarian.

Overwhelmingly, the main driver here is health. 72% of our community cite it as one of their main reasons for cutting back, and it is mentioned in over 90% of our anecdotal responses.

The pushback against the EAT-Lancet Commission study is that much of the science linking red meat to disease is a little squishy. That's because it's hard to tease apart the independent effect that meat may have on our health. People who eat red meat also have many other habits and dietary choices that simultaneously influence their health, too. There are so many confounding factors.

What Is a Flexitarian Diet and Should You Try It?

In the last few years, the link between animal agriculture and the climate crisis has become difficult to ignore. A growing body of research also links meat consumption—particularly red and processed meat—with serious health conditions, including cancer. In response to this information, a growing number of consumers are reducing the number of animal products they eat. Many are adopting flexitarian diets.

What Is the Flexitarian Diet?

If you’ve ever considered a vegetarian diet but backed out because you love a good burger, the flexitarian diet may be a good option for you. Combining the words “flexible” and “vegetarian,” this diet suggests that you can reap the benefits of a vegetarian diet while still enjoying meat when the craving strikes.

What to Know Before Resolving to Eat Less Meat

As popular campaigns like ‘Veganuary’ fuel New Year’s pledges to cut back on meat, nutrition studies show conflicting findings about the health benefits.

New research claims that a “pro-vegetarian” diet in which meat and dairy are reduced but not excluded, could significantly lower chances of obesity.

Eat less meat with The Flexitarian. Let's talk about food, health, ethics and the environment.