Where in health am I? : Home / Health Cloud / Professionals / Fire Science / Careers 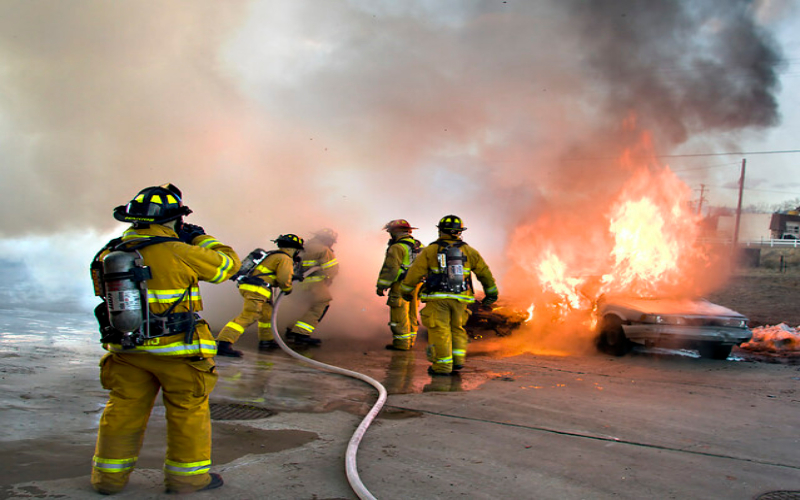 I want to begin this with a challenge to each and every one of you out there reading this, it’s a simple phrase and think about how this makes you feel. “I am not here for me, I am here for we, and we are here for them”. Are these just words to you? Is there any action behind this? For some of you however on the other side this may be your sole purpose for existing in the fire service and for that I say THANK YOU!

In the past I have written about Titles, and Own It which are both important but now more than ever I notice toxic ego firefighters, and toxic ego officers. WHAT ARE WE DOING FOLKS? In case anyone in the fire service forgot let me be crystal clear, Life Safety, Incident…

California Firefighters Recount Historic Blaze: ‘There Wasn’t Anything That Wasn’t on Fire’

The emotional toll, Captain Ahmad said, is as large as the physical. Some crews can work up to 24-hour shifts, but the impact of sifting through so much devastation is more depleting than the hard physical labor.

Being a female firefighter was probably a lot like being a male firefighter. Being a hotshot is a demanding job, regardless of who you are. The work is physically grueling, dirty and hot, and can keep you away from home for weeks at a time. Because of these things, there’s a great sense of pride in being a hotshot, and the job can certainly be exciting at times. The crew became a lot like family, as suffering together can make for a strong bonding experience.

Firefighters do a lot less firefighting than they used to. Here's what they do instead

...firefighters now respond to many times more medical calls per year than actual fires. When you hear a fire engine's siren or see one speeding down the street, it's probably responding to a medical call, in addition to an ambulance that's heading to the same spot. Interestingly, there's actually a better chance it's responding to a false alarm than an actual fire.

To fight a fire means confronting a toxic soup of burning chemicals and their byproducts, including dioxins, furans and formaldehyde. Many of the most toxic fumes released by today’s fires actually come from chemicals added to everything from clothes to couches to computers in an effort to retard flames.

In the summer of 2003, we were trying to capture fire behavior on the Robert's Fire in northwestern Montana, where the Flathead National Forest meets Glacier National Park (NP)...

Plenty of firefighters, but where are the fires?

As ‘emergency’ changes its meaning, some critics are arguing it’s time to revisit a century-old system.

We lionize them, regard them as unsullied by base motivations, see them as paragons of manliness (and very tough womanliness). They’re easily our most-admired public servants, and in the public’s eye probably outrank just about anyone except the most highly publicized war veterans. But the “hero” label is tossed around a little too often when the subject is firefighting. Here’s why...

I want to begin this with a challenge to each and every one of you out there reading this, it’s a simple phrase and think about how this makes you feel. “I am not here for me, I am here for we, and we are here for them”. Are these just words to you? Is there any action behind this?

A one-stop destination for everything related to fire science and all the related statistics to keep the users informed about the latest career options, degree programs, and salary in the field.

All of us on the FireScience.org team share a passion for fire science and public service careers. We also like to gather, analyze, and share data with others. So we’ve married our two interests by creating a one-stop resource for all things related to careers in fire science. We’ve scoured the available information, sorted through it, and compiled the facts you’ll need in one place.