Don't let anyone rob you of your imagination, your creativity, or your curiosity. It's your place in the world; it's your life. Go on and do all you can with it, and make it the life you want to live — Mae C. Jemison, first African-American woman astronaut 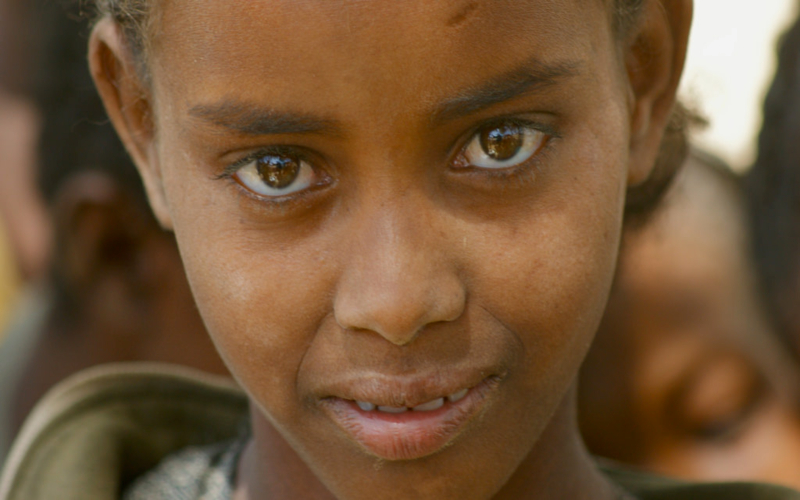 Facebook founder Mark Zuckerberg and his wife Priscilla Chan, a pediatric resident at the University of California San Francisco, donated $25 million to the Centers for Disease Control Foundation last week to help control the spread of Ebola. Almost as exciting as the donation was the inclusion of Chan’s name. Just a decade—or even five years ago—it may have been missing from the announcement.

In recent years, studies have dispelled myths about women and charitable giving. Debra Mesch, the director of the Women’s Philanthropy Institute (WPI) at Indiana University-Purdue University in Indianapolis, says misconceptions—like that women don’t give big donations and that women have to…

Many women think of heart disease and heart problems as a male related disease. Statistically 1 in 4 women will die from heart disease. Go Red for Women helps women uncover the truth.

Although founded back in 1932, Revlon is innovating like a millennial led tech startup with this recent campaign. "More than 100 charities whose work raises funds and awareness for women’s cancers, heart disease, or diabetes have been competing via Crowdrise to see who can raise the most money during the campaign.

“Women are very involved in charitable giving,” explained Nancy Heiser, vice president of wealth management at UBS. “The reasons are simple: Women are living longer, making more money and may be inheriting twice—once from their parents and again if they outlive their spouses.”

Melinda Gates, arguably the most powerful woman in philanthropy, shares her top five picks for charities that benefit women and girls across the world.

Want to hop aboard the Feminist Express but aren’t sure how to start? We’ve partnered with Chevy Equinox to spotlight female-focused charities doing their part to advance women around the world. Learn about the different ways these groups are leading the charge, and find out how you can lend your support.

But if what you really want is to help women and publicly show your support of them, there are other ways to do it besides buying merchandise from a company that only donates a portion of its profits. Here are a few ideas.

Every Mother Counts is a campaign to end preventable deaths caused by pregnancy and childbirth around the world. We inform, engage, and mobilize new audiences to take action to improve the health and well-being of girls and women worldwide.

Everyone has the right to live free of violence. Futures Without Violence, formerly Family Violence Prevention Fund, works to prevent and end violence against women and children around the world.

Go Red For Women celebrates the energy, passion and power we have as women to band together to wipe out heart disease and stroke.

Half the Sky Movement

Tuning oppression into opportunity for women worldwide...the central moral challenge of our time is reaching a tipping point. Just as slavery was the defining struggle of the 19th century and totalitarianism of the 20th, the fight to end the oppression of women and girls worldwide defines our current century.

The overall aim of LSI is to prevent trafficking in human beings in Europe, in particular trafficking of women, and to protect the rights of trafficked persons.

Live Your Dream.org is an online volunteer network, a self-motivated community of people who wish to support women and girls in their quest to lead better lives, while gaining inspiration in their own lives.

MADRE is an international women’s human rights organization that works in partnership with community-based women's organizations worldwide to address issues of health and reproductive rights, economic development, education and other human rights.

One Billion Rising is the beginning of the new world ignited by a new energy. It is not the end of a struggle but the escalation of it, so V-Day asks those who rose around the globe to take a simple pledge, to do one thing in the next year to end violence against women. It could be a simple action, or a monumental one; personal, or political; quiet or loud, but these actions — taken together — will create change.

Safe Passage transforms abused women and their children to a new and better life by providing hope, opportunity and empowerment.

The Society for Women's Health Research is the nation's only non-profit organization whose mission is to improve the health of all women through research, education and advocacy.

Women Against Violence (WAV) is a violence prevention non-profit organization. WAV is committed to ending the cycle of domestic violence through education, awareness and prevention programs including crisis counseling and support groups to anyone who has been a victim of violence or is at risk.

Provides women survivors of war, civil strife and other conflicts with the tools and resources to move from crisis and poverty to stability and self-sufficiency, thereby promoting viable civil societies. We're changing the world one woman at a time.

Women Thrive Worldwide works to create a world in which women and men work together as equals so that they, their families, and their communities can thrive.

Since 1998, WCI has worked with women in over 40 countries including Romania, Bosnia-Herzegovina, Malawi, Tanzania, Namibia, Venezuela, Uruguay, Haiti, Palestine, Azerbaijan, Sri Lanka, Colombia, Liberia, Afghanistan, Ethiopia, the MENA region and the Balkans. WCI has a unique and successful history of supporting women’s leadership throughout the world, enacting sustainable change in communities through its ability to work alongside local women leaders to strengthen their capacities to initiate change.

ASTI is a UK registered not-for-profit charity and the only international organisation whose sole purpose is to end acid violence at a global level.

Association for Women's Rights in Development

Thanks to supporters like you, the Avon Foundation for Women has been improving the lives of millions of women around the world for 50 years. Much of the money we've raised has come from $5 and $10 donations. But for us, the measure of success isn't monetary. Rather, it's the very personal effect each donation has on the lives of women affected by breast cancer or domestic violence.

Center for Research on Women with Disabilities

The mission of Baylor College of Medicine's CROWD is to promote, develop, and disseminate information to improve the health and expand the life choices of women with disabilities.

We inspire and educate those who respond to gender-based violence, equipping them with the knowledge and tools they need to support victims and hold perpetrators accountable.

Operating as a non-profit organization, the Association aims to establish funds to enable more research into the causes of endometriosis. As part of its research program, the Association has established a special program at Dartmouth Medical School and has funded and assisted a number of researchers in various parts of the world.

The ERC is a 501(c)3 non profit organization which exists solely on the donations, charitable contributions and volunteerism of concerned individuals and foundations who share our goals of improving the quality of life for those with the disease, seeking more effective treatments for Endometriosis, and ultimately, a cure.

The HERS Foundation is an independent non-profit international women's health education organization. It provides full, accurate information about hysterectomy, its adverse effects and alternative treatments.

The Joyful Heart Foundation works to foster a community that turns toward the issues of sexual assault, domestic violence and child abuse. Such a community, empowered with knowledge, courage and compassion, can support survivors of this violence and engage in an open dialogue about how to collaboratively end the cycle of violence and abuse.

Having partnered with so many diverse groups — in all 50 states, as well as Mexico and Puerto Rico — we are able to share the big picture around issues of domestic and sexual violence, and to connect organizations and people who benefit by knowing one another, but who might not connect otherwise.

The Mission of the National Coalition Against Domestic Violence (NCADV) is to organize for collective power by advancing transformative work, thinking and leadership of communities and individuals working to end the violence in our lives.

The National Partnership for Women & Families is a nonprofit, nonpartisan organization that uses public education and advocacy to promote fairness in the workplace, quality health care, and policies that help women and men meet the dual demands of work and family.

The National Vulvodynia Association (NVA) is a nonprofit organization created in 1994 to improve the lives of individuals affected by vulvodynia, a spectrum of chronic vulvar pain disorders.

NOW is the largest, most comprehensive feminist advocacy group in the United States. Our purpose is to take action to bring women into full participation in society – sharing equal rights, responsibilities and opportunities with men, while living free from discrimination.

The Breast Cancer Charities of America

The Breast Cancer Charities of America (BCCA) is the only non-profit bringing the integrated cancer care message to the women of America. We bring together the different healthcare and allied healthcare disciplines, oncology, nursing, psychology, sociology, nutrition, exercise physiology, spirituality and more.

The VP (Vulvar Pain) Foundation was established in 1992 as a non-profit organization to end the isolation of women suffering from vulvar pain and related disorders (fibromyalgia, interstitial cystitis, irritable bowel).

UN Women is the United Nations entity dedicated to gender equality and the empowerment of women. A global champion for women and girls, UN Women was established to accelerate progress on meeting their needs worldwide.

WomenHeart is the only national patient-centered organization that provides support, education and advocacy for women living with heart disease. Through our coalition of national organizations and community-based support networks, we offer comprehensive services to women with heart disease and empower all women to take charge of their heart health.