What can we do to help heroes who return from war assimilate into a country for which they have given their effort and loyalty? Dustin DeMoss 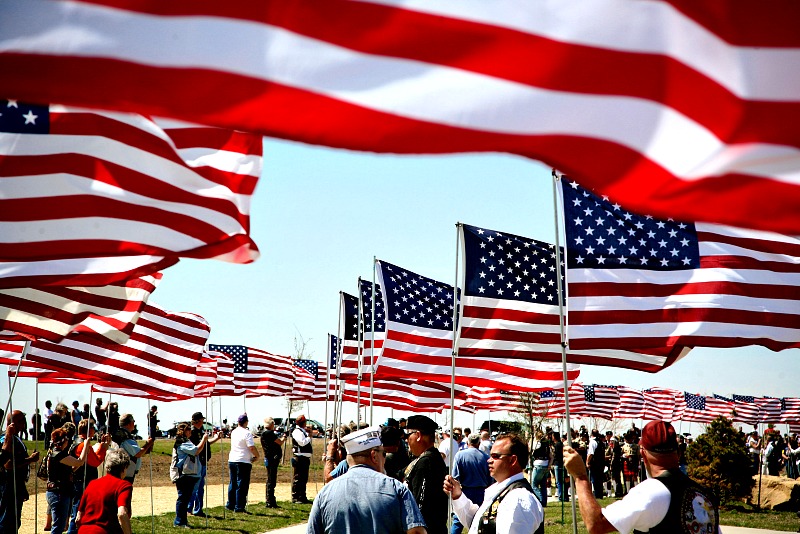 When Howard Schultz, the chairman and chief executive of Starbucks, and his wife decided three years ago that they wanted to give millions of dollars to veterans’ causes, they had one basic requirement: The organizations had to have track records of quickly helping veterans and their families overcome their most pressing issues.

The Schultzes decided to get involved in giving money to military causes shortly after Robert Gates, the defense secretary from 2006 to 2011, joined the Starbucks board in 2012. Mr. Gates made the family aware of the types of challenges service members were facing as they returned to civilian life.

“To us, this isn’t about sympathy or charity for…

Social Impact is changing how the world views non-profits and for-profits. As support for veterans is scrutinized by charity controversy and VA struggles, the need for social impact has never been greater.

Veterans Call is one of the first applications to make donating to such worthy charities so simple and quick. It painlessly - and seamlessly - provides would-be do-gooders with the information and means to make their mark in support of our nation’s veterans. The charities, as well as the veterans who rely upon their services, appreciate the effort and time that has gone into this innovation.

Why Uber’s donating $1 million to charity

Uber is donating $1 million to veterans groups after the ride-hailing company said Thursday it had signed up its 50,000th veteran as a driver for the service last month. The announcement marks the fulfillment of a 2014 goal to help get more warriors back into the workforce after they exit the military.

f you're giving to veterans charities that aren't giving the overwhelming majority of their funds to veterans or their families, you aren't helping.

The problem is the horns effect, one of the many thinking errors that are a consequence of how our brains are structured. When we dislike one member of a group, our dislike spills over to other members of that group, even if there’s no good reason to think badly of them. It’s the adage of one bad apple spoils the bunch. In other words, the Wounded Warrior Project scandal will likely reduce trust in all nonprofits — including effective ones.

What is an extra $75 million to help wounded troops and veterans? That is how much more money the Wounded Warrior Project could have spent on direct aid in 2014, if it managed its donations like other top-rated military charities. But as others strived to spend most of every dollar on people in need, the nonprofit group instead pumped one-third of its donations into more fundraising.

The Wounded Warrior Project asserts that it spends 80 percent of donations on programs, but former employees and charity watchdogs say the charity inflates its number by using practices such as counting some marketing materials as educational.

Leave No Veteran Behind

Leave No Veteran Behind (LNVB) is a national 501(c)3 non-profit organization that invests in Veterans to build better communities through employment training, transitional jobs, and our veteran educational debt relief scholarship.

Rags of Honor is a top-quality screen printing organization that has the mission of providing employment and services to homeless veterans. The proceeds go directly to employ the veterans who are producing the garments at the Rags of Honor facility.

Our mission is to provide seasonal recreation activities for people with special needs. The program offers specialized training to family members, friends and other individuals for helping their disabled loved ones or students achieve their goals.

AMVETS National Service Foundation provides Veterans, Donors, Advocates, & Volunteers the organization they require to ensure Veterans and their dependents are provided counsel and are represented before the Veterans Administration (VA) without charge every day.

Fisher House Foundation is best known for a network of comfort homes where military and veterans’ families can stay at no cost while a loved one is receiving treatment.

Hidden Heroes brings vital attention to the untold stories of military caregivers and seeks solutions for the tremendous challenges and long-term needs they face.

Hire Heroes USA empowers U.S. military members, veterans and spouses to succeed in the civilian workforce. As a 501(c)(3) nonprofit organization, Hire Heroes USA’s services are provided at no cost.

Homes For Our Troops

Homes For Our Troops (HFOT) is a privately funded 501(c) nonprofit organization that builds and donates specially adapted custom homes nationwide for severely injured post – 9/11 Veterans, to enable them to rebuild their lives. Most of these Veterans have sustained injuries including multiple limb amputations, partial or full paralysis, and/or severe traumatic brain injury (TBI).

Hope For The Warriors

We believe those touched by military service can succeed at home by restoring their sense of self, family, and hope. Nationally, Hope For The Warriors® provides comprehensive support programs for service members, veterans, and military families that are focused on transition, health and wellness, peer engagement, and connections to community resources.

Iraq and Afghanistan Veterans of America

IAVA is the leading post-9/11 veteran empowerment organization (VEO) with the most diverse and rapidly growing membership in America.

The mission of the Navy-Marine Corps Relief Society is to provide, in partnership with the Navy and Marine Corps, financial, educational, and other assistance to members of the Naval Service of the United States, eligible family members, and survivors when in need; and to receive and manage funds to administer these programs.

To be the provider of choice for short-term and critical assistance, long-term stability and recurring support programs to military families.

Founded by a band of wounded soldiers who returned home from World War II with spinal cord injuries, Paralyzed Veterans of America is dedicated to giving all veterans and people with disabilities everything they need to live full and productive lives.

Puppies Behind Bars (PBB) trains prison inmates to raise service dogs for wounded war veterans and explosive detection canines for law enforcement. Puppies enter prison at the age of eight weeks and live with their inmate puppy-raisers for approximately 24 months. As the puppies mature into well-loved, well-behaved dogs, their raisers learn what it means to contribute to society rather than take from it.

Our name says it all. Nobody knows the needs of the troops like we do, and comprehensively addresses them like we do. Nobody else has built a collaborative network to meet their needs like we have.

The Tragedy Assistance Program for Survivors (TAPS) offers compassionate care to all those grieving the death of a loved one serving in our Armed Forces. Since 1994, TAPS has provided comfort and hope 24 hours a day, seven days a week through a national peer support network and connection to grief resources, all at no cost to surviving families and loved ones.

Uber launched its project for veterans, UberMilitary, after senior vice president Emil Michael spent stints in public service as a White House fellow and as an aide to then-Defense Secretary Robert Gates. After seeing how difficult it was for some veterans to find jobs upon leaving the armed forces, Michael said, he saw how Uber could fill a need - Brian Fung

We go where no other nonprofits can to keep our service members connected to everything that gives meaning to their service.

Wounded Warrior Project® (WWP) provides free programs and services to address the needs of wounded warriors and fill gaps in government care. The demand for our programs and services has grown from serving a handful of injured veterans to now serving tens of thousands, and we continue to receive hundreds of new registrations from injured veterans, their families, and caregivers each month.

Our mission is to provide support to the families of those who have been wounded, injured or killed during combat operations. The families of our casualties suffer in many ways: some financially, some psychologically.