I think the risk is worse than the reward. I really do - Mike Ditka 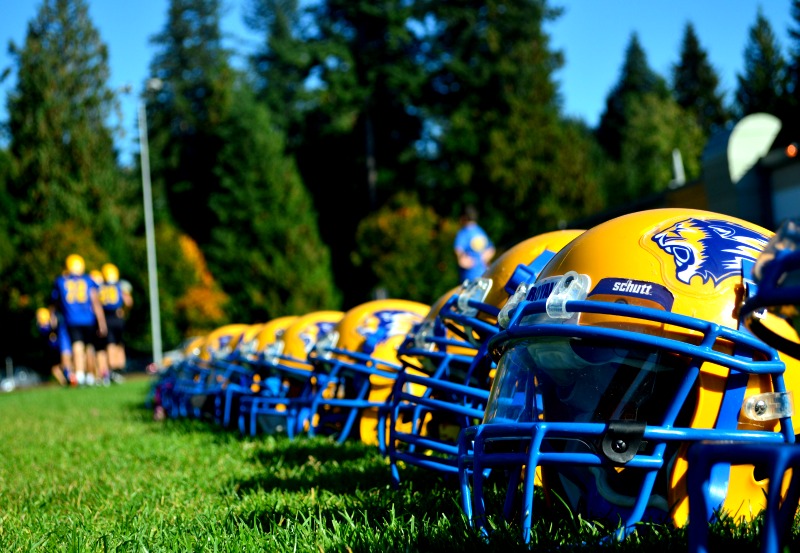 Repeated Head Hits, Not Just Concussions, May Lead To A Type Of Chronic Brain Damage

We live in an age of heightened awareness about concussions. From battlefields around the world to football fields in the U.S., we've heard about the dangers caused when the brain rattles around inside the skull and the possible link between concussions and the degenerative brain disease chronic traumatic encephalopathy.

A number of high-profile NFL stars have developed CTE, and parents are increasingly worried about how concussions may affect their children who play sports. The injury even has become part of popular culture, thanks to the 2015 film Concussion.

But now a high-powered team of researchers says all that focus on concussions may be missing the mark.

Everyday people fear they have CTE. A dubious market has sprung up to treat them

But Brush is part of a quiet population of everyday men and women who never played professional sports yet fear they have the disease. Frantic for a cure, they often turn to dubious treatments, controversial doctors or health care providers with financial stakes in the products they recommend — and the loosely regulated brain health industry is profiting.

They Love Football. They Try Not to Think About C.T.E.

For millions of Americans, watching college football is akin to breathing, especially on rivalry weekend. Do they worry about the physical price its players pay?

Football isn’t just a contact sport — it’s a dangerous game of massive bodies colliding into one another. And while it may seem obvious that this sport can do extraordinary damage to brains and bodies, it’s taken far too long for the NFL, the medical community, and football fans to fully reckon with this.

Concussions and CTE: More complicated than even the experts know

In response to widespread concern, organized sports organizations from Pop Warner to the NCAA to professional levels have developed and implemented concussion management protocols to help in the identification and management of concussions. Yet the massive attention given to concussion management and prevention has produced a level of public pseudo-awareness about CTE that currently outstrips what is scientifically known about the disorder.

I’m the Wife of a Former N.F.L. Player. Football Destroyed His Mind

He chose the sport, but he did not choose brain damage.

On C.T.E. and Athletes, Science Remains in Its Infancy

The answers to these questions are likely to be slow in coming, most scientists said. Researchers are now testing methods of diagnosing C.T.E. in living people, including a brain scan intended to identify the tau signature.

Experimental brain scans of more than two dozen former N.F.L. players found that the men had abnormal levels of the protein linked to chronic traumatic encephalopathy, the degenerative brain disease associated with repeated hits to the head. Using positron emission tomography, or PET, scans, the researchers found “elevated amounts of abnormal tau protein” in the parts of the brain associated with the disease, known as C.T.E., compared to men of similar age who had not played football.

Athletic Combat and Real Combat: More Alike Than We Think?

Our brain, the seat of our consciousness, the essence of us, floats around in fluid inside our skull. When your head bumps into something at high speed, your brain can keep moving in that fluid and crash into your skull, sometimes with serious consequences.

CTE is a neuropathologically distinct, slowly progressive tauopathy with a clear environmental etiology.

The stakes for this science are high. CTE is an incurable neurodegenerative disease that has been associated with everything from depression, anxiety, and aggression to progressive, Alzheimer’s-like dementia. So a diagnosis is not something to take lightly — and could be disastrous if gotten wrong.

Just when you thought it was safe to trust the NFL to handle the issues of concussions and long-term brain damage appropriately, the league reverted to form and proved otherwise.

Concussions and Sports: Can We Have One Without the Other?

Anybody can sustain a concussion, but those who engage in contact sports have an increased risk of repeated and serious concussions that can manifest as dementia in later life.

Could This Spell The End For College Football? It Should

Parents send their kids off to college with high hopes and great expectations. Universities, in turn, have a responsibility to provide an education in an environment that supports and also challenges the students. Universities are not supposed to encourage activities that may result in permanent brain damage.

Football has one of the highest injury rates of any sport and often leaves players with life-altering, career ending disabilities including CTE, Chronic Traumatic Encephalopathy.

“We don’t know why one person gets it more severely than another person, why one person has a course that is more quick than another person,” said Dr. Robert A. Stern, a neuropsychologist and a co-director for the Center for the Study of Traumatic Encephalopathy. “But what we are pretty sure of is, once the disease starts, it continues to progress.”

Football and the Sexual Side Effects of Head Trauma

Head injuries have been found to cause variant sexual behaviors, raising yet another concern over the effects of repetitive head trauma.

From Sacks to Suicidality: Chronic Traumatic Encephalopathy and the NFL

Ah, football. The great American pastime. The fresh cut grass and crisply-painted yard lines. The sound of helmets clashing in an epic stack of large men vying for a single ball. Stands packed high with thousands upon thousands of crazed, prideful, body-painted fanatics. The cheerleaders. The roar of the crowd. Chips, dip, and booze. Hilarious touchdown dances. Dementia, confusion, and depression.

Pro athletes can have other conditions that make diagnosis difficult.

Here's What We Know About Football And Brain Injuries

Currently, CTE cannot be diagnosed in living people, but researchers are working on ways to identify the condition early. In a 2013 study of retired NFL players who had thinking and mood problems, researchers injected the players with a chemical marker, called FDDNP, which binds to the tau protein. The researchers found that FDDNP levels were higher in the brains of the former NFL players, compared with the brains of healthy people, suggesting that tau was in fact building up in their brains.

Don’t believe the pumped-up headlines. The latest study on CTE in the NFL doesn’t tell us anything we didn’t already know.

FRONTLINE reveals the hidden story of the NFL and brain injuries.

Mamas, Don't Let Your Babies Grow up to be a Cowboy or Canuck

Football is an exciting, violent sport. And, no offense to the Aussies and Canadians, so is rugby and hockey. Head related injuries have always been part of the game. But do they need to?

More Findings Of CTE In The NFL

Some NFL players are not waiting to find out what could be in their future.

Of the former NFL players in the sample, 110 of the 111 brains showed symptoms of CTE.

The CTE Study That Could Kill Football

Two things stand out in this study. First, the longer one participates in football, the higher the likelihood of CTE, which only can be identified after death -- so there's no way to fully know the extent of the damage until then, although as the study points out, there are behavioral and medical signs that something is amiss. And second, only one out of 111 NFL players studied DIDN'T have CTE is shocking, and might make the sport harder to watch knowing the long-term aspect of what you're seeing.

The Future of Detecting Brain Damage in Football

A new technique could revolutionize how a neurodegenerative disease afflicting contact sports is treated.

The NFL's CTE Clock Is Beginning to Tick in Real Time

Every disease has two core issues -- prevention and cure. With diseases like cancer and Alzheimer's, healthy lifestyle management can minimize their occurrence, while we continue to wait for research to find cures. CTE, however, is an entirely different organism. It is a violence based disease and, for the most part, preventable. Avoid collision sports, fighting of any kind and combat, and your probability of contracting it is near zero.

The spectrum of disease in chronic traumatic encephalopathy

Chronic traumatic encephalopathy is a progressive tauopathy that occurs as a consequence of repetitive mild traumatic brain injury. We analysed post-mortem brains obtained from a cohort of 85 subjects with histories of repetitive mild traumatic brain injury and found evidence of chronic traumatic encephalopathy in 68 subjects: all males, ranging in age from 17 to 98 years (mean 59.5 years), including 64 athletes, 21 military veterans (86% of whom were also athletes) and one individual who engaged in self-injurious head banging behaviour.

Even though every piece of research linking concussion to their potential next step—the NFL—is terrifying.

What We Know About the NFL's Bogeyman, CTE

Chronic traumatic encephalopathy has been a known condition since the 1920s, but it remains one of medical science's great mysteries.

Repeated Head Hits, Not Just Concussions, May Lead To A Type Of Chronic Brain Damage

A study published online Thursday in Brain, a journal of neurology, presents the strongest case yet that repetitive hits to the head that don't lead to concussions —meaning no loss of consciousness or other symptoms that can include headaches, dizziness, vision problems or confusion — cause CTE.

Solving the concussion crisis by advancing the study, treatment, and prevention of the effects of brain trauma in athletes and other at-risk groups.

In collaboration with other NIH-funded ADC’s and the non-profit Sports Legacy Institute, CTE Center conducts high-impact, innovative research on Chronic Traumatic Encephalopathy and other long-term consequences of repetitive brain trauma in athletes and military personnel. The mission of the CTE Center is to conduct state-of-the-art research on CTE, including its neuropathology and pathogenesis, clinical presentation, genetics and other risk factors, biomarkers, methods of detection during life, and methods of prevention and treatment.

At the Brain Injury Research Institute, our purpose is to study the short and long-term impact of brain injury in general, and specifically in concussions. We focus our attention on the development of chronic traumatic encephalopathy (CTE), and the physiological effects of this condition on the lives of CTE victims and their families.

Originally called punch drunk syndrome (dementia pugilistica), CTE was first demonstrated in boxers. Doctors now know that other individuals who play a wide variety of sports that involve repeated blows to the head, such as football players, can develop CTE. Military personnel who have had blast injuries also are at risk. Researchers do not yet fully understand CTE's prevalence and causes. There is no cure for CTE.

Getting your bell rung was once a badge of honor in sports. The ability to shake it off and not miss a play was accepted and routine. But it had been known for almost a hundred years that repeated hits to the head had long-term consequences and “dementia pugilista” was the term used for a punch drunk old fighter who had been hit in the head one too many times. The realization was slow in coming that the same injury to the brain could occur in football players, and that the most popular sport in the country could be a potential cause of psychiatric disturbances and early dementia.

Although only recently termed chronic traumatic encephalopathy (first documented in the medical literature in 1996), CTE is now the preferred medical term for this disease.

Sports-related traumatic brain injury (TBI) has become increasingly popular in the scientific literature over the past few decades. However, the first mention of such a subject in the literature occurred in the 1920s with reference to the “punch drunk” syndrome of boxers.