Where in health am I? : Home / Health Cloud / Challenges / Trauma / Traumatic Brain Injury 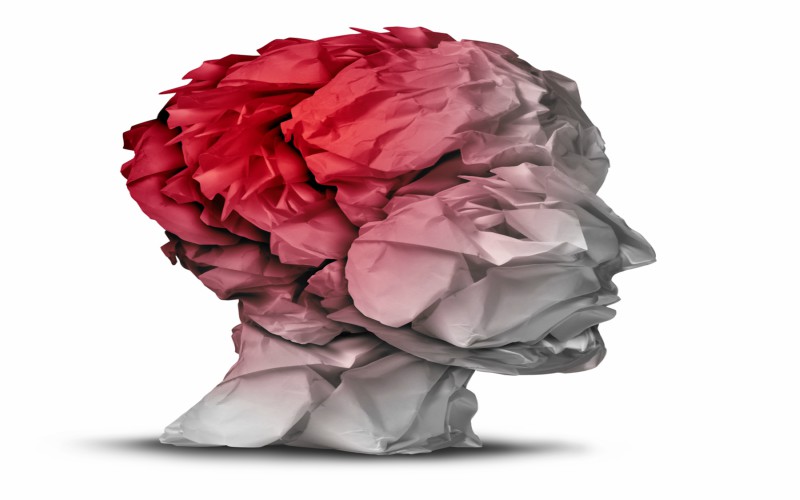 I Found Peace of Mind Online After a Traumatic Brain Injury

It was an early Saturday morning on May 31, 2014, and I was driving home from visiting some friends out of town. I had worked all week and hadn't slept well the night before. I felt myself becoming too tired, so I made the wise decision to pull over and park in an empty parking lot to rest. I rested about an hour or so before I woke up and decided I could continue on.

The last memory I have before I found myself confused —covered in dirt, grass, and glass, after my vehicle had rolled and flipped off of the road—is leaving the parking lot.

Dazed from the multiple blows to my head and barely able to speak. I remember being terrified, because I had never been in an accident.…

The Hidden Epidemic of Brain Injuries From Domestic Violence

Research shows that survivors of abuse can sustain head trauma more often than football players. But they are almost never diagnosed.

Hits to the Head May Result in Immediate Brain Damage

When a teenager is hit in the head, his brain can begin to show signs, within days, of the kind of damage associated with degenerative brain disease, according to an unsettling new study of young men and head injuries. The findings, which also involve tests with animals, indicate that this damage can occur even if the hit does not result in a full-blown concussion.

How Students' Brains Are in Danger on the Field

Recent research makes clear the drastic effects of head injuries on young athletes, and advocates are asking states and schools to do more.

How to Save Football Players’ Brains

One simple rule change would solve much of the problem: Require the linemen to stand up.

I Hit My Head, How do I Know If It's Serious?

Although most head injuries are not severe and pass in a few hours, there are some serious cases where you're best off seeking emergency care. Here's how to assess the damage if you suffer a serious blow to the head.

Traumatic brain injury (TBI) has long been associated with dementia, but there have been few long-term studies of this link. In today’s study, published in the journal PLOS Medicine, researchers looked at a dataset of all Swedes that were at least 50 as of December 2005 — totaling about 3.3 million people in all.

Football isn’t just a contact sport — it’s a dangerous game of massive bodies colliding into one another. And while it may seem obvious that this sport can do extraordinary damage to brains and bodies, it’s taken far too long for the NFL, the medical community, and football fans to fully reckon with this.

I’ve long been a believer that we need “all the oars in the water” as we look to solve significant social challenges – in other words, the nonprofit, private and public sector all have an important role to play. Addressing brain disease and brain injury is no exception as an area that is in urgent need of new approaches from a variety of sectors.

Bumps and bruises are generally a rite of passage for all kids, but it’s a bit more surprising that a quarter of those stroller and carrier injuries were concussions or traumatic brain injuries.

More hospital patients are surviving traumatic brain injuries - which is good news, except for those waiting on donated organs for transplants. Improved survival rates have resulted in fewer transplant organs being available, Canadian researchers found.

It's been a long road to recovery for snowboard champion Kevin Pearce. Not long ago, Pearce was considered to be one of the world's top snowboarders and was headed for the Vancouver Winter Olympics. Pearce was thought to be the only true rival of Shaun White and a contender for the gold.

Something felt terribly wrong. At first I was just a little woozy. Five minutes later I threw up Taco Del Mar all over the locker room floor, and then had the unfortunate aim of collapsing in it. It was clear that this was unlike any concussion I had received in my past.

The Brain That Wasn’t Supposed to Heal

Steve Mishkin's unexpected recovery is a case study in luck, split-second decisions, and the many, many things that need to go right for a trauma patient to get well.

The Brain That Wasn’t Supposed to Heal

Steve Mishkin's unexpected recovery is a case study in luck, split-second decisions, and the many, many things that need to go right for a trauma patient to get well.

The epidemic of head injuries in football is even worse than you thought.

The Science of Concussion and Brain Injury

How medicine, sports and society are trying to heal and protect the brains of millions amidst the growing awareness of the long-lasting effects of traumatic head injury.

Traumatic Brain Injury (TBI): A Topic Of Our Times

Although it has existed seemingly forever, traumatic brain injury—commonly referred to as TBI—has become a familiar contemporary topic. One reason is the phenomenon of its impact on the military and in football.

I Found Peace of Mind Online After a Traumatic Brain Injury

March is Brain Injury Awareness month—a fact I wouldn't have known three years ago, before this happened to me. But traumatic brain injury (TBI) affects millions of people. Having a brain injury can make you feel very isolated, especially with so many big changes to your life, but I found that while doctors, friends and family were helpful, the internet was the key to my ongoing recovery.

5 Things Every TBI Survivor Wants You to Understand

March is National Brain Injury Awareness Month, and as promised, I am writing a series of blogs to help educate others and bring awareness to traumatic brain injuries (TBI).

The GCS is scored between 3 and 15, 3 being the worst, and 15 the best. It is composed of three parameters : Best Eye Response, Best Verbal Response, Best Motor Response.

Improve the quality of life of people affected by traumatic brain injury through programs that build community and foster resilience.

The mission of the Brain Injury Association of America (BIAA) is to advance brain injury prevention, research, treatment and education and to improve the quality of life for all people affected by brain injury.

At the Brain Injury Research Institute, our purpose is to study the short and long-term impact of brain injury in general, and specifically in concussions. We focus our attention on the development of chronic traumatic encephalopathy (CTE), and the physiological effects of this condition on the lives of CTE victims and their families.

A national multimedia project offering information and resources about preventing, treating, and living with TBI. BrainLine includes a series of webcasts, an electronic newsletter, and an extensive outreach campaign in partnership with national organizations concerned about traumatic brain injury.

Whether you are a professional athlete, weekend warrior, or something in between - a sports injury is likely to occur sometime in your lifetime. But the biggest controversy in sport injuries, besides sudden death, drugs and spinal injuries is without a doubt concussions...

A survivor of a harrowing cycling accident in 2010, David is the author of Metamorphosis, Surviving Brain Injury. His ongoing journey is chronicled here on David's Traumatic Brain Injury Blog.

Brain on the top, spine down the back.

Hope after Brain Injury is a non-profit organization devoted to sharing hope with those affected by brain injury through counseling, education, and connection to community resources. We consist of brain injury survivors with their caregivers and healthcare professionals committed to the advancement of brain injury recovery.

How to Recover: Comebacks from Traumatic Brain Injury

Whoever you may be, sometime or other life may well deal you a bad hand. And I can tell you, a traumatic brain injury ("TBI") is indeed a bad one! But it seems that the trick to life is recovering well from bad hands. This blog is about the ups and downs I've had and the lessons I've learnt recovering from mine.

Author Shireen Jeejeebhoy blogs about many different topics. While much of it is based on her books, Lifeliner and She, Shireen has started writing about brain injury, too. She brings her perspective as someone with a mild TBI - Brainline.org

The comprehensive public outreach program focuses on the importance of sports safety-specifically relating to overuse and trauma injuries. The initiative not only raises awareness and provides education on injury reduction, but also highlights how playing safe and smart can enhance and extend a child's athletic career, improve teamwork, reduce obesity rates and create a lifelong love of exercise and healthy activity.

I lived through it, so I can help!

An information center and inspiration for those with an injured brain, and for their caregivers, families and friends.

The Fight Of My Life: Living with Traumatic Brain Injury

A candid conversation: when disability strikes.

Our goal is to offer encouragement and resources for families and survivors who have been thrown into the unknown world of traumatic brain injury (TBI).