No one saves us but ourselves. No one can and no one may. We ourselves must walk the path - Buddha 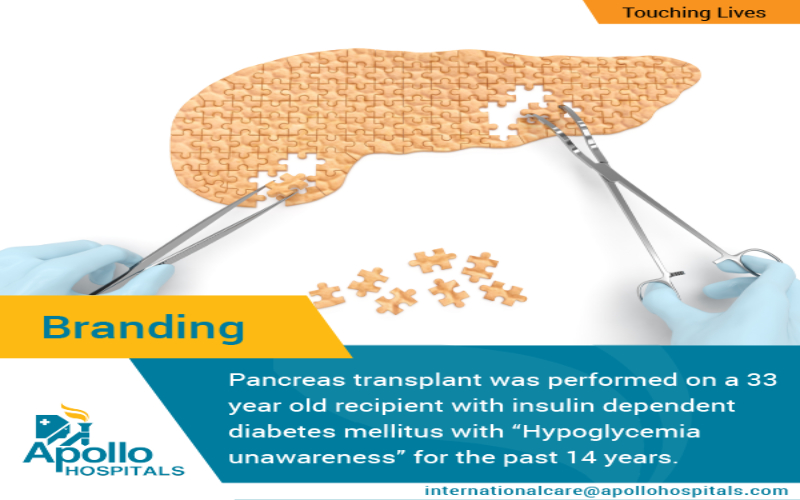 Islet Cell Transplant for Type 2 Diabetes: Could it Work?

Islet cell transplantation is being touted as a future option for treating type 2 diabetes, even though it’s an experimental procedure that has only been tried on type 1 diabetics.

“I’m a big proponent of islet cell transplantation for type 2 diabetics,” says Dr. Gordon Weir, who is one of the world’s foremost experts on islet cell transplantation as Co-Head of the Section on Islet Cell and Regenerative Biology, the Diabetes Research and Wellness Foundation Chair at the Joslin Diabetes Center, and Professor of Medicine at Harvard Medical School.

“I tell people this and they look at me like I’m a little nuts. But, I believe there is no reason it couldn’t work effectively.…

A clinical trial has begun to test a new treatment for type 1 diabetes involving a cell pouch which could mimic a pancreas. The London-based regenerative medicine company Sernova is aiming to build on recent advances in islet cell transplantation - the replacement of destroyed beta cells using cells harvested from donors. Their Cell Pouch device is an example of encapsulated islet cell therapy which is an emerging area of treatment for type 1 diabetes.

A collagen-based material could help improve a pioneering type 1 diabetes treatment, according to US researchers. Indiana University School of Medicine researchers report that the material improved the outcome of islet cell transplants in genetically engineered mouse models of diabetes. When injected with groups of beta cells, the collagen material helped return blood sugar levels to normal within 24 hours. It is thought these findings could pave the way for a new injectable islet transplant therapy.

Nearly four out of five pancreas transplants used to fail within five years, according to the American Diabetes Association. As surgery techniques have improved, there are now fewer complications, the association said. Pancreas transplants have one of the highest survival rate of any transplant procedure.

How getting off insulin changed her life

“My life was in jeopardy on a daily basis,” she said of life before pancreatic islet transplantation, which was done at Jackson Memorial Hospital by Dr. Camillo Ricordi and his team from the Diabetes Research Institute (DRI) and Cell Transplant Center at the University of Miami.

in many cases the ‘Edmonton procedure’ has failed to live up to its expectations. Multiple donors are needed for each islet cell infusion, and patients require repeated transplants to achieve insulin independence. An international trial of islet cell transplants found that 66% of the recipients required conventional insulin therapy within a year and 75% after 2 years. Recipients also need to be maintained on lifelong immunosuppression, which is associated with a myriad of complications.” That would seem like the end of the story, but more than a decade later, islet cell transplantation is still progressing.

San Francisco-based Encellin wants to extend the lifetime of transplanted islets. To do this, it surrounds the cells with a thin, porous membrane, creating a flexible package about the size of a quarter. The membrane protects the cells from attack by a patient’s immune system, while keeping the cells bathed in an environment they need to survive.

Scientists have discovered a process that could transform human organ transplants

Hundreds of people die every day while waiting for an organ transplant. A solution to this horrible reality is to make human organs readily available—by growing them on-demand in labs or even other animals. Scientists in Japan and the US have taken a huge step in that direction. In a study published in Nature, they report to have cured mice of diabetes by transplanting mouse cells grown in rats.

A key difference between the new technique and previous efforts is the location of the transplanted islet cells. In earlier experimental surgeries, donated islet cells, which normally produce insulin in the pancreas, were injected into the liver of Type 1 diabetes patients. The cells did not survive long. In the latest procedure, doctors implanted the islet cells inside a “biodegradable scaffold” on the omentum, a lining within the abdomen.

Islet Cell Transplant for Diabetes: What It Is and Who's Eligible

Transplanting islet cells produced from stem cells is a developing area of research and is currently being used in animal studies. However, according to the National Institutes of Health, there are two other types of more established islet cell transplantation that are being used in carefully selected people with diabetes.

Pancreas After Islet Transplantation: A First Report of the International Pancreas Transplant Registry

Beta cell replacement therapy through pancreas or islet transplantation is a viable treatment option for many uremic patients with insulin-dependent diabetes mellitus (IDDM) and end-stage renal disease. It is also considered an alternative for selected nonuremic or posturemic (ie, after a previous kidney transplant) patients with labile IDDM.

Transplants of insulin-producing pancreas cells are a long hoped-for treatment for diabetes — and a new study shows they can protect the most seriously ill patients from a life-threatening complication of the disease, an important step toward US approval.

Pancreas transplant outcomes for United States (US) and non-US cases as reported to the United Network for Organ Sharing (UNOS) and the International Pancreas Transplant Registry (IPTR) as of June 2004.

Islet Cell Transplant for Type 2 Diabetes: Could it Work?

Islet cell transplantation is being touted as a future option for treating type 2 diabetes, even though it’s an experimental procedure that has only been tried on type 1 diabetics.

The International Pancreas and Islet Transplant Association is a scientific forum for the exchange and discussion of clinical and experimental results and experiences relevant to transplantation of insulin producing tissue in the treatment and cure of diabetes mellitus.

National Institute of Diabetes and Digestive and Kidney Diseases

Patients often need two or more transplants to get enough functioning islets to stop or reduce their need for insulin injections.

This section is designed to provide you with information you will need to undergo a successful pancreas transplant.

More than 300 pancreas transplants have been performed at Mayo Clinic since 1987, when the program began in Rochester. The Mayo Clinic Pancreas Transplant Program provides an ideal environment to care for patients with complex diseases like diabetes.

UCSF Medical Center is a leader in pancreas and pancreas-kidney transplants for patients with diabetes mellitus. We offer three kinds of pancreas transplants.