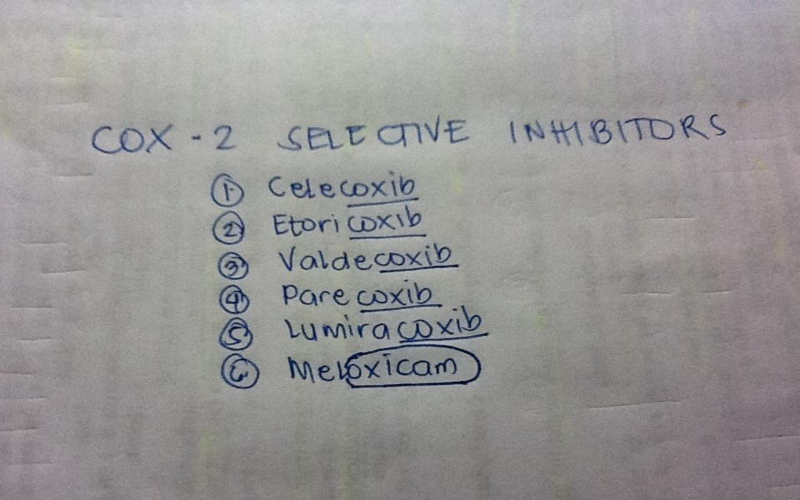 Should you still take Celebrex?

While celecoxib may be appropriate for a small number of patients, our reservations about it remain strong. Here's why:

It's probably harder on the heart. Although the evidence is mixed, some meta-analyses, which assess the combined data from many clinical trials, have linked celecoxib at higher or more frequent doses to an increased likelihood of heart attack compared with either a placebo or naproxen. Indeed, the government's Agency for Healthcare Research and Quality now says that naproxen is less likely than other NSAIDs to harm the heart. And the AHA says celecoxib should be used to treat people at risk of heart attack only if other measures have failed. That…

A commonly used painkiller might be too risky for people to keep taking, suggests a new study published this week in the BMJ. It found that people who use diclofenac, a non-steroidal anti-inflammatory drug (NSAID), are more likely to come down with cardiovascular disease than people who take other NSAIDs or acetaminophen.

Celebrex vs. Ibuprofen: Which Is Better?

Celebrex is a more selective NSAID which is marketed as having fewer GI side effects and similar effectiveness. Celebrex is more expensive and prescription-only, but is it better than ibuprofen (Motrin, Advil)? Let’s look.

COX-2 inhibitors differ from traditional NSAIDs by targeting only the pain-signaling prostaglandins. They do not affect cyclo-oxygenase 1 (COX-1), a chemical associated with protecting the stomach lining.

We all hope it will never happen. But if it does, you might be surprised to discover that when it comes to fracture healing, the “don’ts” may be just as important as the “do’s”.

In Documents on Pain Drug, Signs of Doubt and Deception

The drug is the last of the so-called COX-2 inhibitor pain drugs, after Vioxx and Bextra were withdrawn in 2004 and 2005 because of safety concerns.

Should you still take Celebrex?

We continue to believe that celecoxib should be used as a last resort, and only by people who are at low risk of heart disease or stroke, high risk of gastrointestinal problems, or who have not responded to less risky alternatives. Patients who have diabetes, heart disease, elevated cholesterol levels, or high blood pressure should be especially cautious about using the drug.

5 Reasons to Take Astaxanthin Every Day

Even though it’s 100 percent natural, astaxanthin works like some prescription analgesics, but without the risk of addiction, GI bleeds or heartburn. More specifically, astaxanthin blocks COX 2 enzymes just like Celebrex, the blockbuster drug prescribed for osteoarthritis,