Where in health am I? : Home / Health Cloud / Challenges / Lung & Health / Occupational

A nation that destroys its soils destroys itself. Forests are the lungs of our land, purifying the air and giving fresh strength to our people - Franklin D. Roosevelt 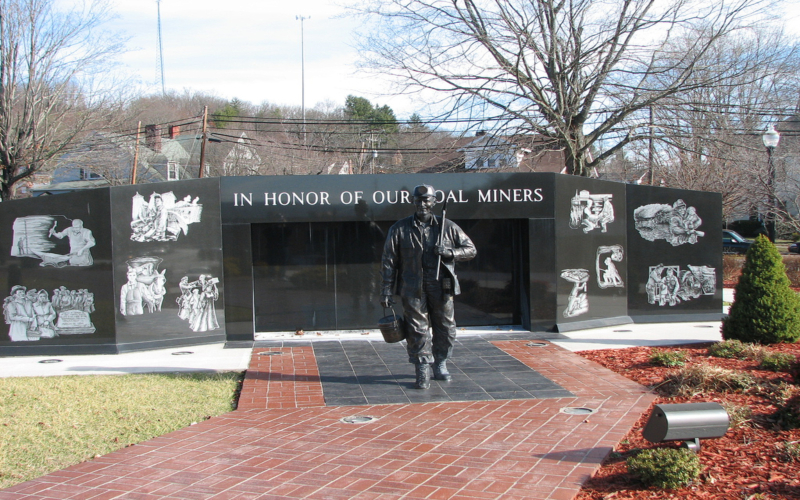 Published in the 80's but still timely...

A MAJOR weakness of the American health care system is the lack of sufficient attention to occupationally related diseases, though health leaders have now begun to take important steps to help improve the situation.

Although occupationally related diseases can have implications for the whole community, reaching far beyond the patient and his or her physician, doctors have a primary responsibility for identifying them because they are usually best situated to ask the crucial questions that can link an ailment to the workplace.

Yet all too often doctors omit these questions when they probe the medical history. And patients…

Explainer: what is silicosis and why is this old lung disease making a comeback?

Silicosis is a group of occupational lung diseases caused by breathing in silica dust. It has been described since ancient times, when miners and stone cutters were exposed to dust containing this crystalline mineral. Australia is seeing the re-emergence of diseases like silicosis and coal worker’s lung (also known as black lung) that were previously believed to have disappeared. So, workers, employers, doctors, public health officials, and legislators need to work together to prevent more cases of these deadly, but preventable, lung diseases.

Thanks to the compounds used to protect precious flowers, antifungal resistance is here—and it could be just as dangerous to humans as antibiotic resistance.

Tens of thousands of workers suffer and die from toxic chemicals, fumes, and dusts each year. And the government’s system to protect them is tragically broken.

China's current regulations state patients who suspect they have the condition must receive a diagnosis from an institute certified to handle occupational diseases, such as a center for disease control, before receiving treatment. Yet this is inconvenient for those living outside cities and means many people only seek help when they reach the late stages of the illness...

Nowadays, the most frequently reported occupational respiratory disease is occupational asthma, with an incidence of 2–5 cases per 100 000 population per year, corresponding to about 15–20% of the overall adult-asthma public burden, mainly associated with allergy to high-molecular-weight (e.g. wheat flour in baking) or low-molecular-weight (e.g. di-isocyanates in spray painting) respiratory sensitising agents.

How China Is Screwing Over Its Poisoned Factory Workers

Even after the reforms triggered by the Foxconn scandal, thousands of people like Long arrive young and healthy in China's cities every year only to face the health consequences of working for factories with inadequate labor safeguards.

The U.S. Postal Service (USPS) studied the issue in 1998 and found no direct link between health and postal dust, but did discover that sorting machines could send potentially carcinogenic volatile organic compounds (such as ink) and other irritants like dust mites, into the air. The USPS told ABC7 News it had “only received two direct complaints of respiratory problems in the last several years.”

It is well established that mica miners and millers are at increased risk of pneumoconiosis and that mica alone is fibrogenic, even in the absence of other potential occupational or environmental hazards, which are known to cause fibrosis

Some work can cause life-threatening lung diseases. Find out how to protect your workers when they do these tasks...

The regulation that took more than four decades to finalize

The White House has finally finished the silica rule—45 years after the process began.

But most types of occupational lung disease are preventable, says Philip Harber, M.D., professor and chief of the UCLA Occupational and Environmental Medicine Division. “Simple control measures can markedly reduce exposure and the risk,” he says. Here are 10 fields that can be risky for your lung health...

Food and flavorings manufacturers are looking for ways to minimize the health and safety risks their workers face when handling large quantities of chemical compounds used to enhance scents and flavors.

A MAJOR weakness of the American health care system is the lack of sufficient attention to occupationally related diseases, though health leaders have now begun to take important steps to help improve the situation.

LSP大爱清尘, founded by Wang Keqin(王克勤), one of China’s top investigation journalists, is a non-profit organization dedicated to help more than six million migrant workers who are suffering from pneumoconiosibs in China.

Occupational diseases are often thought to be uniquely and specifically related to factors in the work environment; examples of such diseases are the pneumoconioses. However, in addition to other factors (usually related to lifestyle), occupational exposures also contribute to the development or worsening of common respiratory diseases, such as chronic obstructive pulmonary disease (COPD), asthma and lung cancer.

The black lung and respiratory disease clinics in our coalition have highly trained staff who are experts in the diagnosis, treatment, and rehabilitation of patients with lung disease from coal mine dust exposure, as well as other occupational exposures.