Where in health am I? : Home / Health Cloud / Challenges / Heart / Drugs / Digoxin

Digoxin has been around for centuries, but its use has been limited by several factors. Because of its narrow therapeutic window, digoxin requires close monitoring - Shan Chen 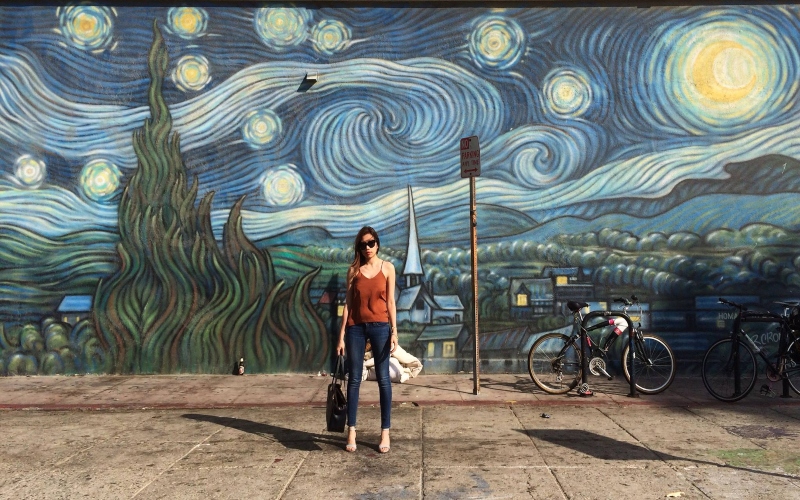 Digoxin: The Art and Science

Following Withering's description of the use of foxglove for the therapy of “dropsy” in 1785, the use of digitalis glycosides has been the subject of innumerable articles, not only in medicine, but also in literature and art. For example, the numerous speculations that Van Gogh's yellowish view of the world that was at times reflected in his paintings was probably due to digitalis toxicity.

For over 2 centuries, the inotropic properties of the digitalis glycosides have been used in the treatment of chronic heart failure and its vagotonic properties to slow the ventricular response to certain supraventricular dysrhythmias. However, fewer pharmaceuticals have aroused more controversy…

Digitalis: The flower, the drug, the poison

Although used as a heart drug today, Withering used digitalis for a wide variety of ailments, including anasarca (generalized edema), epilepsy, hydrothorax (fluid in the pleural cavities), ovarian dropsy, and phthisis pulmonalis (probably tuberculosis). Sometimes Withering used digitalis as a treatment of last resort, "...whilst I was less expert in the management of the Digitalis, I seldom prescribed it, but when the failure of every other method compelled me to do it... if the properties of that plant had not been discovered, by far the greatest part of these patients would have died."

Digoxin: The good and the bad

Although the overall prevalence of digoxin toxicity seems to be decreasing, one must think of this toxicity when facing a patient with bradycardia and “something else”

Case for retiring its use in elderly patients?

Digoxin Use in Modern Medicine

Digoxin has been around for centuries, but its use has been limited by several factors. Because of its narrow therapeutic window, digoxin requires close monitoring. Also, two major drawbacks of digoxin are its adverse effects (AEs) and multiple drug interactions. It is considered adjunctive therapy, rather than first-line therapy.

Digoxin, the heart medicine that may have given us Van Gogh’s Starry Night

One of the interesting stories in the history of digoxin is the link with Vincent Van Gogh. Much has been written about the physical and mental health problems that Van Gogh had in his life and numerous diagnoses have been proposed. Van Gogh’s portrait of his physician holding a foxglove plant. fmpgoh/Flickr, CC BY Among these diagnoses is the suspicion that he suffered from digitalis (foxglove) toxicity, which resulted in the frequent use of yellow halos in his paintings due to xanthopsia. This is very evident in paintings such as Starry Night and The Night Café. Supporting this hypothesis is the fact that when Vincent painted his personal physician in the Portrait of Doctor Gachet he was holding the foxglove plant.

It was all yellow: did digitalis affect the way Van Gogh saw the world?

Extracted from foxgloves, digitalis was once used as a treatment for epilepsy. Could a side effect have triggered the artist’s “yellow period”?

A large new study found that one of the oldest and most commonly used heart medications may shorten the lives of patients with atrial fibrillation, a common type of irregular heartbeat that afflicts about three million Americans. The findings are prompting some experts to warn that the drug should be prescribed less widely. Unlike many prescription drugs, digoxin has never been subjected to a rigorous clinical trial in which the drug is compared with a placebo.

Witch’s brews that modern science believes in Withering hypothesized that the active ingredient in Hutton’s remedy was the foxglove plant. He tested this by administering dried, crushed foxglove leaves to over 160 patients, and wrote up his findings (pdf) in 1785, noting that it was particularly useful for those who had developed scarlet fever or strep throat, which can lead to heart damage when untreated. Today, we know even more details about why Hutton’s remedy worked: digoxin, a compound found in foxglove is still used as the active ingredient in some heart and blood pressure medications.

Digoxin: The Art and Science

The use of digoxin in the therapy of systolic heart failure and certain supraventricular tachycardias is controversial.

Digoxin has been used for the treatment of atrial fibrillation and heart failure since the 70’s. Brand names of Digoxin include Lanoxin and Digitek and all work by inhibiting the sodium/potassium ATPase pump in heart cells which leads to increased contractility (squeeze). However, there are better options for treatment and new reasons for concern about digoxin,

7 things you should know

Digoxin works by inhibiting an enzyme (called Na-K ATPase) responsible for the exchange of sodium for other electrolytes in cells. This, in turn, increases the amount of calcium that enters the heart, affecting the electrical system of the heart and ultimately the way the heart beats.

It’s used to control some heart problems, such as irregular heartbeats (arrhythmias) including atrial fibrillation. It can also help to manage the symptoms of heart failure, usually with other medicines.

Digoxin is an old drug, perhaps ancient by some standards. It is a purified cardiac glycoside extracted from the purple foxglove (digitalis purpurea) plant. Trade names for digoxin include Lanoxin, Digitek, and Lanoxicaps. It is also a generic medication. Digoxin has been used in patients with atrial fibrillation and congestive heart failure for decades and even centuries.