Where in health am I? : Home / Health Cloud / Challenges / Heart / Drugs / Anticoagulants

Most blood thinners do not actually thin the blood - Lensa Welch 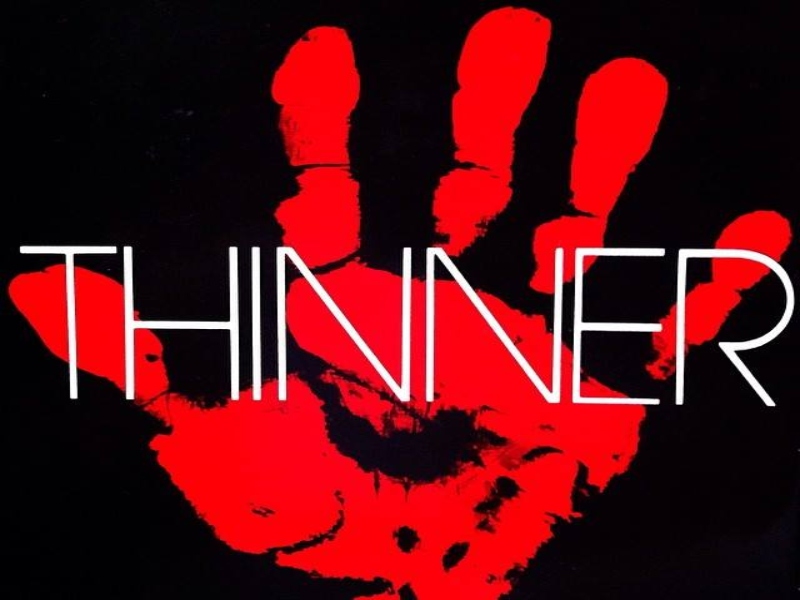 image by: 3 Inches of Blood

He Was on Blood Thinners and Supplements. Could He Still Have Had a Stroke?

The woman was surprised to find her 69-year-old partner still in bed after she got home from church. He was usually an early riser — up and dressed by 7:30 every morning, even after he retired, even after two strokes, even after a heart attack. He just needed a little more sleep, he mumbled when she tried to rouse him. But she was worried. He was slurring his words and his face didn’t look right — it seemed strangely lopsided.

She checked his blood pressure. It was high. He never wanted to go to the hospital — but, she told him, he had to. She helped him get dressed and into the car. His face and mouth drooped on one side. And he had to lean on her when he walked. She drove him to…

... the latest on comparative efficacy and reversal of Warfarin vs Dabigatran vs Rivaroxiban vs Abixaban, the use of prothrombin complex concentrates (PCCs), the ins and outs of thrombocytopenia & platelet transfusions, ITP, TTP, anti-platelet associated intracranial bleeds, indications for Tranexamic Acid & more…

Are the new blood thinners better than warfarin (Coumadin)?

DOACs have advantages over warfarin: they don't require regular blood tests, involve no food restrictions, and have fewer drug interactions. But, a major downside is cost, which is more than 20 times that of warfarin.

Could blood thinners be a lifesaving treatment for COVID-19? Here’s what the science says and what it means for you

Treating Covid-19 patients with medicines to prevent blood clots might help reduce deaths in patients on ventilators, based on new observational data.

Systemic anticoagulation for DVT may include therapeutic dosages of unfractionated heparin, low-molecular-weight heparin (LMWH), rivaroxaban, or fondaparinux. Alternatives such as vena cava filters and mechanical clot removal in patients with contraindications to anticoagulation exist, but they are outside the practice of emergency medicine.

These drugs fall into two main categories (see "Common anti-clotting drugs"). Anticoagulants inhibit the creation of fibrin, whereas antiplatelets prevent platelets from sticking together. Both classes of drugs prevent clots from forming and growing.

According to Nutrition411, some foods and supplements have anticoagulant properties and can affect blood clotting. If you are taking anticoagulants, you should avoid these foods unless a doctor says otherwise.

The injectable low molecular weight heparins (LMWH; e.g. enoxaparin = Lovenox; dalteparin = Fragmin; tinzaparin = Innohep) are the preferred blood thinners in the pregnant patient. Warfarin is to be avoided as it can cause malformations of the fetus and can lead to bleeding in the unborn. Regarding breastfeeding: the low molecular weight heparins (listed above) and warfarin are safe in the woman who is beastfeeding. Rivaroxaban (Xarelto), dabigatran (Pradaxa) and apixaban (Eliquis) should not be used during pregnancy or while breastfeeding.

Which Blood Thinner Is Right for You?

A U-M cardiologist weighs the pros and cons of anticoagulant medication for atrial fibrillation patients.

An Aspirin a Day: Is the Benefit Worth the Risk?

So, while aspirin may seem like a quick-and-easy way to decrease the risk of heart attack and stroke, it's not quite as simple as you might think.

Along with more effective medications, guidelines include an improved risk factor calculator and increased use of ablation.

Now there’s good news for some women who use the pill as their birth control method of choice. Two recent studies give women reason to put certain fears about blood clots and fetal harm to rest. The pill’s association with blood clots makes it especially dangerous for women who are smokers over age 35 and women who already have recurring blood clots. That warning is sometimes extended to women who are already on blood thinners to treat their conditions.

Don’t Eat This if You’re Taking That

If you are taking Coumadin, Jantoven, or the generic warfarin, you should limit kale and other greens, including broccoli, cabbage, spinach, and brussels sprouts that contain vitamin K. These foods can block the effects of these blood-thinning medications putting you at risk for developing blood clots. You also need to watch out for garlic, ginger, vitamin E and fish oil supplements because they can increase these medications blood-thinning abilities putting you at risk for excessive bleeding.

How Do I Know What Blood Thinner Is Right for Me?

You have a choice between the old standby, warfarin (Coumadin®), or newer medications known as direct oral anticoagulants (DOACs). Each drug has advantages and disadvantages that you should carefully discuss with your physician.

More options for blood thinners: which one is right for you?

DOACs are not indicated for: Patients with mechanical heart valves. Patients with cancer-related venous thrombosis—the drugs are undergoing trials for this use. Use in pregnancy. Patients who have antiphospholipid syndrome as a cause of clots. They are also not usually used for patients who are already having success being treated with warfarin.

The piece also shares a terrifying episode, in which Williams tells the story of delivering her child, the days that followed, and how she risked dying. After an emergency C-section, Williams encountered what is an often fatal complication: Blood clots. She also had to fight to be taken seriously...

Silent Killer: Blood Thinner With No Antidote May Be Responsible for Countless Deaths

For years Warfarin was the gold standard of blood thinners. Then the pharmaceutical industry saw an opportunity to make a profit by introducing new products. The products would promise the same or improved effectiveness with less hassle. Enter Xarelto, a blood thinner and anticoagulant that promises results with less administrative complication. The problem is that Xarelto has no antidote and patients may be dying because of it.

Taking a Blood Thinner? Here’s What You Need to Know

Before filling any prescription for an anticoagulant, however, ask your doctor the following questions...

One reason is that patients who are well at the moment must take a blood-thinner to prevent an event that may (or may not) occur in the future. In other words, we ask patients to incur increased risk now for a decreased risk later. That’s often a tough sell.

Despite the new oral anticoagulants, warfarin remains the drug of choice, keeping the door open for point-of-care PT testing

He Was on Blood Thinners and Supplements. Could He Still Have Had a Stroke?

Bailey, like most doctors, didn’t know much about supplements. And she didn’t know anything about turmeric, beyond the fact that it was a yellow spice sometimes used in curries. Could it have contributed in some way to his bleeding?

Anticoagulation UK is a patient focused organisation dedicated to the prevention of thrombosis (blood clots), raising awareness of the risk of blood clots

AGGRENOX is a prescription medication used to lower the risk of stroke in people who have had a "mini-stroke" (transient ischemic attack or TIA) or stroke due to a blood clot.

Aspirin is not appropriate for everyone, so be sure to talk to your doctor before you begin an aspirin regimen.

This site has been created to help you understand COUMADIN. We encourage you to learn all you can about taking COUMADIN and to use the tools we've provided to work with your doctor to manage your treatment.

ELIQUIS (apixaban) is a prescription medicine used to reduce the risk of stroke and blood clots in people who have atrial fibrillation (AFib), a type of irregular heartbeat, not caused by a heart valve problem.

Heparin is a widely used injectable anticoagulant (stops the formation of blood clots). The blood coagulation system is composed of various steps and heparin acts at multiple sites in this process. Heparin prevents blood clots by blocking the action of two of the 12 clot-promoting proteins in blood (factors X and II) whose action is necessary for blood to clot.

LOVENOX (enoxaparin sodium injection) is indicated for the prophylaxis of deep vein thrombosis, which may lead to pulmonary embolism.

Plavix (clopidogrel) keeps the platelets in your blood from coagulating (clotting) to prevent unwanted blood clots that can occur with certain heart or blood vessel conditions.

PRADAXA is used to: •reduce risk of stroke and blood clots in patients with atrial fibrillation (AFib) not caused by a heart valve problem •treat blood clots in the veins of your legs (deep vein thrombosis, or DVT) or lungs (pulmonary embolism, or PE) and reduce the risk of them occurring again.

XARELTO® is a prescription anticoagulant, or blood-thinning medication, proven to: •reduce the risk of stroke in people with Atrial Fibrillation (AFib), an irregular heartbeat, not caused by a heart valve problem •treat and help prevent deep vein thrombosis (DVT) and pulmonary embolism (PE), blood clots in deep veins (such as the legs) and in the lungs •reduce the risk of blood clots following hip or knee replacement surgery.

Anticoagulants are agents that prevent the formation of blood clots, by affecting blood coagulation factors. The mechanism of action of anticoagulation varies depending on the agent. They are used to treat thrombotic and thromboembolic disease such as stroke, myocardial infarction, deep vein thrombosis and pulmonary embolism.

There are several uses for anticoagulant medicines, but they are most commonly prescribed for people who have had a condition caused by blood clots or who are at risk of developing one.

Compounds that do not allow blood to clot are called anticoagulants. These include drugs such as heparin and coumarin. Drugs that dissolve pre-formed clot including streptokinase are not referred to as anticoagulants. Anticoagulants are usually administered to patients with myocardial infarction, venous thrombosis, peripheral arterial emboli and pulmonary emboli. They have been used to prevent transient ischemic attacks and to reduce the risk of recurrent myocardial infarction.