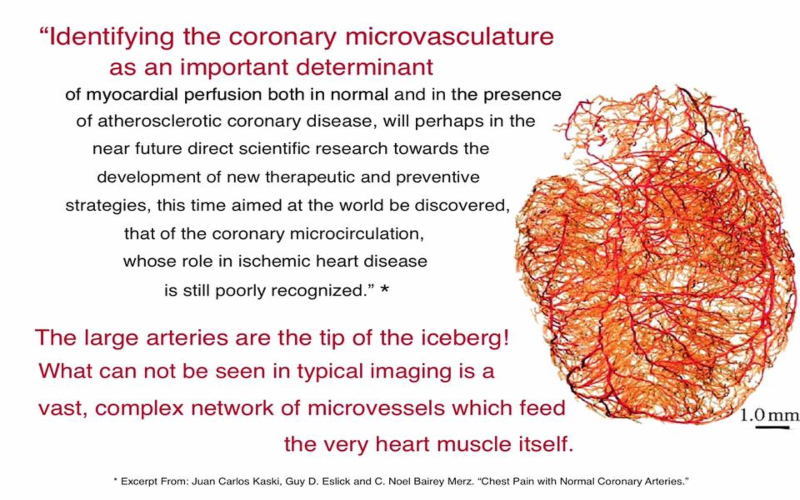 Sharp, stabbing chest pains were something Jeannie Edwards had tolerated for decades.

The pains would come on several times a week, and although they matched the description of heart attack symptoms, because she was only in her late 30s when they started, Jeannie was told there was ‘nothing to worry about’.

As Jeannie, now 63, a human resources director from Twickenham, South-West London, recalls: ‘I didn’t feel a crushing chest pain but I did feel like my heart was being squeezed hard — and the pain would radiate down my left arm and up my neck.

‘I thought at the very least it must be angina. I was absolutely convinced that I was going to have a heart attack. But because…

It's more common in women than men and often goes untreated.

EVERY medical specialty has a dreaded disease, something chronic and poorly understood that keeps its patients unhappy and its practitioners unhappily guessing. Gastroenterology has irritable bowel syndrome. Rheumatology has fibromyalgia. Neurology has chronic migraine headaches. In my field, cardiology, this disorder is syndrome X.

How women can have heart attacks without having any blocked arteries

Problematically, coronary microvascular arteries are too small to detect with the standard cardiac tests that cardiologists would normally use to see larger vessels, so women in particular are often dismissed and sent home with a misdiagnosis in spite of severe and distressing cardiac symptoms.

“Right now there are a lot of questions but not a lot of answers! It would just be really nice to know why, and I’ll help the researchers in any way I can so hopefully we can find an answer for me and others like me.”

Cardiac syndrome X, now more commonly known by doctors as microvascular angina, was originally thought to be a rare condition that affected only women. ‘Now we know it affects both sexes and is common, but cardiologists are slow at picking up on it,’...

A Brief History of Cardiac Syndrome X: A Biochemical View

When coronary angiography became more widely used in the 1960s, it was soon apparent that not all patients with clinical suspicion of coronary artery diseases had obstruction of the epicardial coronary arteries.

Traditional cardiac tests – even coronary angiography, widely considered the ‘gold standard’ diagnostic tool in identifying potential heart attacks – usually miss MVD entirely. Dr. Kaski explains that 40% of patients suffering the severe chest pain of MVD have “normal” angiograms. Unless a cardiologist has experience with cases like mine, these patients can be misdiagnosed – often over and over again – and sent home despite truly debilitating cardiac symptoms similar to your basic Hollywood Heart Attack.

There is no agreed definition for CSX. The underlying cause may be sudden narrowing (spasm) of normal coronary arteries without any atheroma.