The outbreak is becoming an epidemic. Something is very wrong - Melodi B Pirzada MD 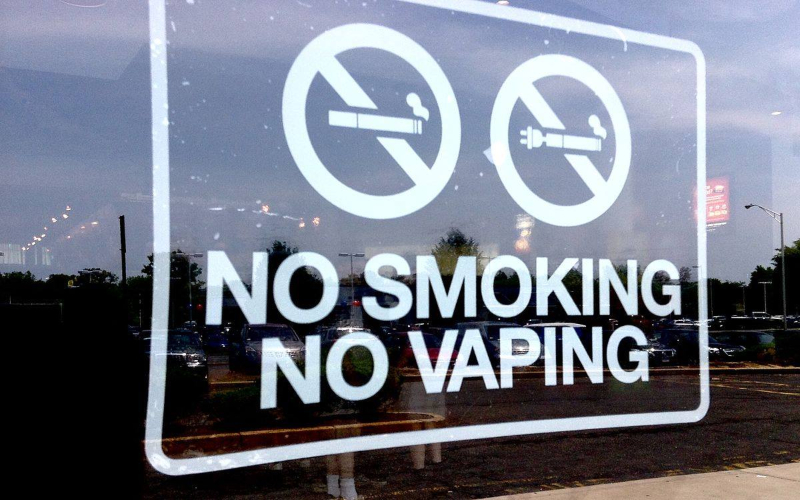 Vaping may be more dangerous than we realized

When e-cigarettes first appeared on store shelves a few years back, they were marketed as a sleek, discreet technology that could help adult smokers kick a potentially deadly habit.

Flash-forward to 2018, the year the Juul vape device took over three-quarters of the US e-cigarette market. Instead of catering to adult smokers, the e-cigarette industry appeared to overwhelmingly target nonsmoking youth.

Maciej Goniewicz, one of the leading e-cigarette researchers based at Roswell Park Comprehensive Cancer Center in Buffalo, New York, has watched the shift unfold up close: The volunteers who come forward for his e-cigarette studies seem to be getting younger.

Without access to information on confirmed vaping-related deaths, relatives are going to great lengths to find out what happened

If E-Cigs Were Romaine Lettuce, They'd Be Off The Shelf, Vaper's Mom Tells Congress

"These products flooded the market without anyone knowing how they would cause damage, and now we're trying to clean up a mess that involves a cocktail of mystery toxins and proprietary flavors," Johnson said. "If this was romaine lettuce, the shelves would be empty."

Vaping health crisis: what you need to know

This past year has seen a skyrocketing rate of teen vaping, an outbreak of lung injuries, some serious regulatory shake-ups in the e-cigarette industry, and a whole lot of panic. With so many different vaping crises going on right now, we thought we’d provide a vaping roundup.

Vaping is an urgent threat to public health

If unchecked by strict regulations, the next generation of youth is likely to be the most nicotine-dependent and the heaviest smoking in recent history, wiping out decades of efforts to protect them.

After six deaths in the US and bans around the world – is vaping safe?

“Tobacco cigarettes cost the smoker one day of life for every four days they smoke,” Britton said. “It is by far in a way the most lethal legal product on the market. It’s inconceivable that e-cigarettes are as harmful as that. “There will be cases of disease caused by vaping but, at the moment, 100,000 people a year die from tobacco. It’s not going to be 100,000.”

Health Risks of Vaping - Just How Harmful Are E-Cigarettes?

So while it's safer for cigarette users to switch to e-cigarettes, the health risks associated with vaping can be harmful to your health. If you are not a current tobacco user, it's recommended you don't pick up an e-cigarette in the first place.

The way users puff, how long they puff and what they puff all play a role. We do not yet know how this behavior affects how much of each substance vapers consume over the course of their daily lives, but we have reason to believe it is significant.

THC products were involved in many of the vaping-related illness deaths, officials say

Eighty-four percent of people who died in the outbreak used THC products, according to an analysis of a subset of patients.

Researchers at Harvard’s school of public health have published a new study about the safety of electronic cigarettes, and it has nothing to do with nicotine. More than 75% of the flavored e-cigarettes the researchers tested contained the chemical diacetyl, which multiple studies have linked to lung damage.

A surge of severe lung ailments has baffled doctors and public health experts.

The US and UK see vaping very differently. Here's why

"In the UK the culture is that this is a replacement and not an initiation product," said Bonnie Halpern-Felsher, a professor of pediatrics in Stanford Medicine's Division of Adolescent Medicine.

Furthermore, though it is increasingly looking like traditional e-cigarettes are not driving the current epidemic, there’s an awful lot of ambiguity regarding the potential long-term health effects of vaping, as well as some question as to whether some members of the population may be predisposed to developing such ailments. We know that nicotine is not good for you, and that many e-cigarette products contain higher levels of nicotine than advertised; we also know that e-cigarettes contain chemicals like propylene glycol and glycerine, which, when heated, can release hundreds of VOCs (volatile organic compounds) that may be harmful when inhaled. Indeed, a mouse study in the Journal of Clinical Investigation last month found that the inhalation of such chemicals, even in the absence of nicotine or THC, led to the mice’s lungs developing lipid-laden immune cells, an effect mimicking that of lipoid pneumonitis.

What's Behind A Cluster Of Vaping-Related Hospitalizations?

Vaping has been linked to a cluster of hospitalizations in Wisconsin, Illinois and Minnesota.

Vaping may be more dangerous than we realized

He and other researchers around the world are now scrambling to figure out what impact this new habit might have on developing bodies and brains in the long term. And they’re finding that e-cigarettes may be more dangerous than we’ve appreciated, especially for hearts, lungs, and brains. There’s also a growing body of research suggesting that vaping can lead to smoking.

Your organization strives to keep kids healthy. AVOID can help you talk to kids about the risk of vapes using science-based brief educational videos.

Flavors mask the harsh taste of tobacco which makes it easier for kids to smoke — and most kids don’t know that flavored e-cigarettes are high in nicotine.

PAVe (Parents Against Vaping e-cigarettes) is a grassroots organization founded by three concerned moms as a response to the current youth vaping epidemic, the most serious adolescent public-health crisis our country has faced in decades.

You already know that tobacco is bad for you, but even experimenting can come with a cost.

We do not yet know the specific cause of these illnesses. The investigation has not identified any specific e-cigarette or vaping product (devices, liquids, refill pods, and/or cartridges) or substance that is linked to all cases.