Where in health am I? : Home / Health Cloud / Challenges / Drugs & Medications / Substance Use Disorder / PCP

By any name, phencyclidine (PCP) is the most dangerous drug to hit the streets since LSD became widely available a decade ago - Time magazine, 1977 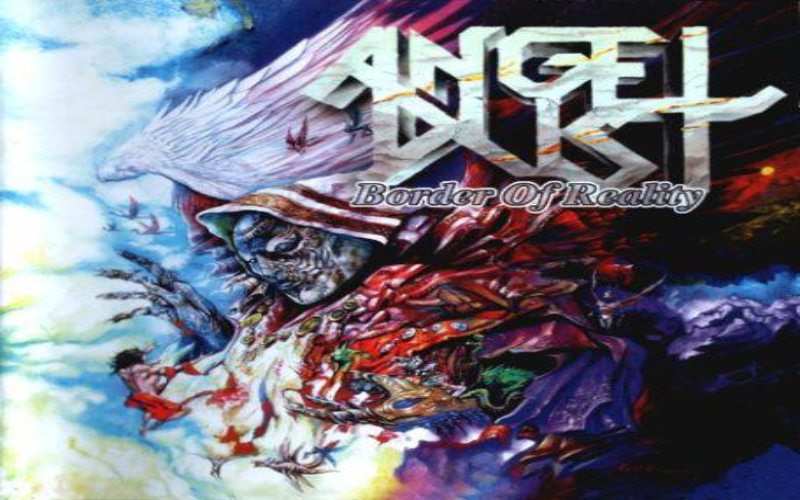 image by: Music Through The Times

“My soul left my body and flew in space, sometimes at speed higher than a rocket and other times at snail’s speed. Sounds were seen and colors were heard with great brilliance and intensity. I felt very strange and got into a panic. Everything looked incredibly beautiful or horrible. I laughed and wept and was elated and depressed. Although the experience ceased after sometime, I had unpredictable flashbacks of such a fantasy for many months”.

Phencyclidine (PCP) is basically an agent of its own type. It is unique in a way that it can produce anesthetic, stimulant, depressant, and hallucinogenic effects [1] at the same time. The best I can explain is that it produces…

The street drug Love Boat comes in many brain-warping varieties

What is PCP? The ‘angel dust’ drug used in Netflix’s The Stranger

In Netflix’s The Stranger, Thomas, Mike and Daisy are out at a gathering in the middle of a field, when Mike suddenly starts feeling weird. He’s smoked a joint, and think it’s just the weed that’s making him feel odd. When actually, Daisy’s laced his cannabis with PCP. But what is PCP? And why is it called ‘angel dust’?

While the war against PCP that raged in the ‘70s—when the drug was briefly almost as popular as pot among suburban high-schoolers—has been won, the drug has persisted in the inner-city drug market, typically densely distributed in poor, violent neighborhoods. It remains a niche drug, appealing to a small base of dedicated users, but its unpredictable effects, which often send wet smokers to jail or psych units, pose outsized health, social and economic costs.

Former Patriots tight end might have been one of the NFL’s all-time greats, but he could never escape drugs, guns and a life of violence.

When scientists learned that PCP, also known as angel dust, can cause every single symptom of schizophrenia, they wondered if chemicals that have the opposite effect could fight mental disorders. That insight led to them to discover a new class of antipsychotic medications.

The highs and lows of PCP.

Here's How You Know Somebody Is High On Angel Dust

One of the formerly legitimate uses of PCP was as a veterinary anesthetic. It makes pain all but irrelevant to the user. This lack of pain response is what leads to the myth that PCP gives people superhuman strength.

The following is an account from a very real person who, not too long ago, was admitted to the hospital during a deep drug-induced psychosis. We wondered what the hell it was like to experience something like that, so we asked him what was going through his head at the time. From within a drug-induced haze, he found out that ...

PCP: The New Rise of a Drug That Turns Teens Crazy

The angel dust of the ‘80s is back in a new form called “wet,” and teens are going crazy for it—literally. Jeff Deeney on how a drug that makes users psychotic is staging a comeback.

Emergency department providers should become familiar with how to manage patients with PCP toxicity since rhabdomyolysis, hypoglycemia, seizures, hypertensive crisis, coma, and trauma are several of the complications that can arise with PCP use.

Angel dust has taken a back seat to more recent scourges like cocaine and methamphetamine during the last 30 years. But the hallucinogen known for making its users aggressive, paranoid, even psychotic, has recently staged a comeback in pockets of larger American cities, says one of law enforcement’s foremost PCP authorities.

The medical industry found that it caused disturbing adverse side effects in humans. They allowed it to be used as an animal tranquilizer when it was rejected from being used on humans. The risk of having PCP on hand became too great and it was classified as an illegal substance. Despite the fact it was discontinued by pharmaceutical companies by 1978, it is still used on the streets. It has seen times of popularity, such as use among hippies in the 1960’s for its hallucigen components. It declined for a while and made a comeback. In the 1970’s, a more potent “powdered” version of PCP showed up on the streets. There was an epidemic of PCP use during the 1980’s and it was mixed with other streets drugs.

The Effects of PCP Use

The history of this chemical substance dates back to the 1920s when it was initially developed. In the 1950s, PCP was administered intravenously, as a surgical anesthetic. Due to a number of unwanted side effects, it fell out of favor as a substance with practical medical use. Today, pharmaceutical PCP is only rarely as a veterinary tranquilizer. Currently, the drug continues to be manufactured in small amounts for research and testing, but the majority of the drug is manufactured illegally.

Phencyclidine (PCP), a synthetic drug, is an illegal and mind altering drug. Phencyclidines are the single drug category which may produce signs and symptoms of several different drug categories including central nervous system depressants, central nervous system stimulants, hallucinogen, and narcotic analgesics. One or all of these symptoms may be present at some time. The presence and severity of these effects depends upon the person’s tolerance, dose, and physical makeup.

What is Angel Dust?

Actually, angel dust is more common than you might think. You don’t hear much about it these days, especially not in comparison to methamphetamine, cocaine, and heroin – but it is out there. Angel dust is also known as PCP, or phencyclidine. It was created in the 1950’s, originally for use as an anesthetic. PCP is now a Schedule II drug listed by the U.S. Drug Enforcement Agency. Similarly, ketamine, a related drug, was developed shortly thereafter. Ketamine is known on the street as Special K, and is a Schedule III drug.

Phencyclidine (PCP) is basically an agent of its own type. It is unique in a way that it can produce anesthetic, stimulant, depressant, and hallucinogenic effects [1] at the same time. The best I can explain is that it produces different effects at different concentrations which would be elaborated later. Despite the fact that PCP is officially banned, it is illegally used on streets solely for recreational purpose.

The term "embalming fluid" is often used to refer to the liquid PCP in which a cigarette or joint is dipped (a "sherm" or "dippy"), to be ingested through smoking. Smoking PCP is known as "getting wet." There is much confusion over the practice of dipping cigarettes in "embalming fluid" leading some to think that real embalming fluid may actually be used. This is a misconception that may cause serious health consequences beyond those of consuming PCP. In its powder form, PCP can be insufflated.

An anaesthetic that can stop people feeling pain, but also cause hallucinations

Dissociative drug, induces distortion of sight and sound and produces feelings of detachment.

First introduced as a street drug in the 1960s, PCP quickly gained a reputation as a drug that could cause bad reactions and was not worth the risk.

PCP can be snorted, smoked, injected or swallowed. It is most commonly sold as a powder or liquid and is applied to a leafy material such as mint, parsley, oregano, tobacco, or marijuana when used for smoking.

PCP is sometimes considered an hallucinogen because it has some of the same effects. However, it does not fit easily into any one drug category because it also can relieve pain or act as a stimulant.

PCP can be eaten, snorted, injected or smoked. Depending on how a person takes the drug, the effects are felt within a few minutes (2-5 minutes when smoked) to an hour.

PCP is a powerful psychedelic known for its dissociative effects at higher doses. It is best known for stories of the strange and sometimes violent behavior of people under its influence.