Optimism is the opium of the people - Milan Kundera 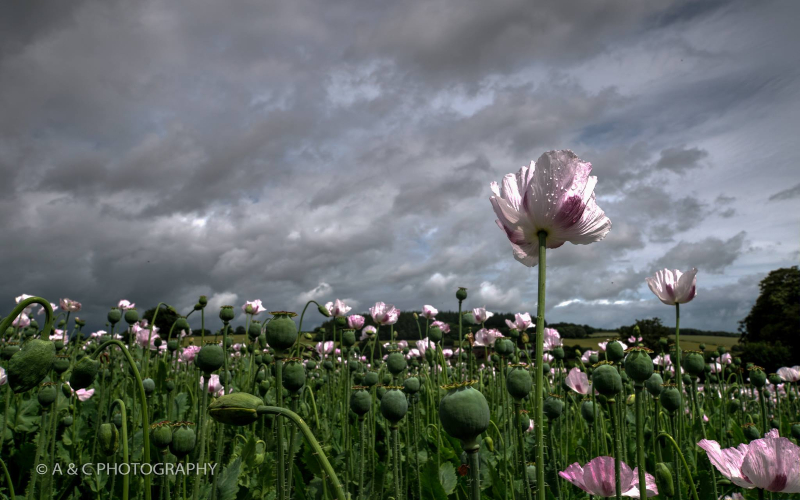 image by: A & C Photography

The 19th century book that spawned the opioid crisis

In 1804, a 19-year-old Oxford University undergraduate named Thomas De Quincey swallowed a prescribed dose of opium to relieve excruciating rheumatic pain. He was never the same.

“Oh! Heavens!” he wrote of the experience in the first modern drug memoir, Confessions of an English Opium-Eater, published in 1821. “What an upheaving, from its lowest depths, of the inner spirit! What an apocalypse of the world within me!”

That the drug took away his physical pain was “a trifle,” De Quincey asserted, compared to “the immensity of those positive effects which had opened before me.”

Over the next eight years, De Quincey used opium to heighten his enjoyment of books, music,…

Opium, morphine, heroin, codeine and synthetic drugs like hydrocodone have one big thing in common: they are all derived from the opium poppy, Papaver somniferum, a pretty flower cultivated in dry climates.

How the US military's opium war in Afghanistan was lost

Opium is woven deeply into the fabric of the conflict in Afghanistan, now the longest war in American history. The profits from the heroin it produces are used to fund the Taliban, as well as terrorist groups like the so-called Islamic State and Al Qaeda. And heroin also drives the rampant corruption that is so corrosive to civil society in Afghanistan. It was clear just how institutionalised poppy cultivation has become when, in 2016, I travelled to an opium farm in what was supposed to be a government-controlled area.

Poppy farmers are being forced to guard their crops against the drug-addled birds, who get high off the narcotic effects of the plant.

The West once flooded China with opium. China is returning the favour

China’s pledge to curb fentanyl production may not change much.

Why Harvest Opiates When You Can Get Yeast to Produce Them?

Every opiate painkiller—say, Percocet, Vicodin, or good old-fashioned morphine—is born from the bulbous green fruit of the opium poppy plant. Sown in spring, the poppy blooms by early summer in vibrant reds, pinks, whites, and purples. After pollination, these flowers shed their petals and make way for the fruit that contains the moneymaker: raw opium, which takes the form of dribbly, milky latex when you cut the unripe seed pod. In Tasmania, where much of world’s legal opium poppy crop grows, these fruits dry before machines harvest them for refining.

In the mountains of Mexico's tropical sierra, an ever-growing expanse of pink poppy flowers has pushed prices so low for opium paste, the gummy raw ingredient of heroin, that farmer Santiago Sanchez worries how he will feed and clothe his family.

In ‘Guilty Thing,’ her entertaining, intellectually brilliant biography of Thomas De Quincey, Frances Wilson is just as truthful and evocative as her subject.

Some historians have argued that the opium business bolstered India's rural economy and kept the farmers happy. That was not the case, as new research by Rolf Bauer, a professor of economic and social history at the University of Vienna, has found.

How Opium Use Became a Moral Issue

In the 19th century, England’s working classes frequently used opium. But there weren’t laws against the drug until the middle classes started using it.

Opium: How An Ancient Flower Shaped and Poisoned Our World

In a new book, Dr. John H. Halpern and documentary filmmaker David Blistein trace opium's use over millennia, starting with the discovery of poppy artifacts in ancient Mesopotamia.

For all that effort, only one percent of opium produced in Afghanistan has been seized. And there's been no meaningful dent in production, which is actually higher than it was before 2001. America's drug war in Afghanistan is a total failure.

Want to buy some opium? There's plenty going around, a UN report finds.

Not only has the drug war failed to reduce the global production of opium, but, as the UN report notes, production of the drug in 2014 reached its second highest levels since the 1930s. And that's despite concerted US efforts in Afghanistan to crack down on opium: America spent $7.6 billion between 2002 and 2014 to eliminate Afghani poppy cultivation.

Yes, Poppy Seeds Contain Opiates, And Here's What You Need To Know

To all you poppy seed bagel lovers, we have news for you. Eating enough of those crunchy little black seeds could cause you to flunk a drug test. Seriously.

The 19th century book that spawned the opioid crisis

In 1804, a 19-year-old Oxford University undergraduate named Thomas De Quincey swallowed a prescribed dose of opium to relieve excruciating rheumatic pain. He was never the same.