Those who inhale the Gas once, are always anxious to inhale it the second time - Anonymous 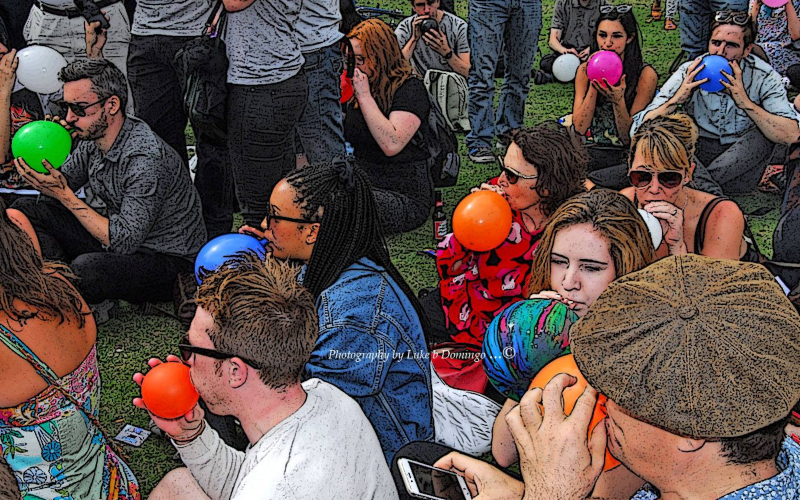 The surprising history of hippy crack

In January 2012, an attractive woman over 40 and that guy from That ‘70s Show were going through a rough patch (spoiler alert: it didn’t work out). Demi Moore, the woman in question, allegedly turned to the comfort of nitrous oxide, also called “whip-its,” “whippits,” “whippets,” “nossies,” “hippy crack,” and, of course, “laughing gas.”

Moore’s experience with nitrous oxide was not, however, the brief, weightless euphoria that most people report: She collapsed with seizure-like symptoms and was rushed to the hospital. Her subsequent stint in rehab – for eating disorder issues and substance abuse – could have sparked a nationwide soul-searching about nitrous oxide and other inhalants…

Should Kids Be Sedated for Dental Work?

In dental offices nationwide, children who need cavities filled or teeth pulled are sometimes sedated. Ideally, it makes them less anxious and more cooperative. They may swallow a liquid sedative or inhale laughing gas and once it kicks in, they will be conscious but calmer, so the dentist can do extensive work. But in rare cases, children fall into a much deeper level of sedation than intended.

What are nitrous oxide canisters, what are the side effects of laughing gas and are the highs illegal?

NITROUS oxide, laughing gas or hippy crack is among the latest illicit substances to hit the streets of Britain.

How dangerous is laughing gas? The history of the drug and its risks, explained

Nitrous Oxide has been used recreationally since the late 18th century, and out of all the countries in the world is the most popular in the UK.

Is the growth in nitrous oxide misuse a laughing matter?

‘Laughing gas’ is legal and relatively low risk, so why are the dealers so circumspect, and local councillors determined to get it off the streets?

Reddi-wip’s key ingredient is neither sweet nor dairy but a gas: nitrous oxide, better known as laughing gas. Dentists use it to knock out their patients. Teenagers use it for whippets. And race-car engines use it for an extra boost, when nitrous oxide explosively decomposes into nitrogen and oxygen. But most of the time, nitrous oxide is not exploding. It’s sitting inertly in refrigerators and trucks and tanks

Do drugs make religious experience possible? They did for James and for other philosopher-mystics of his day. James's experiments with psychoactive drugs raise difficult questions about belief and its conditions.

Thieves in the UK Keep Stealing Laughing Gas from Hospitals

Steal NOS and sell it in balloons at a rave, and you've made $800 of pure profit, so it's no wonder thefts are on the rise.

Using Laughing Gas to Relieve the Pain of Childbirth

Though it's popular in other countries, the U.S. has historically shied away from giving nitrous oxide to women in labor. Now some hospitals are championing it as an alternative to epidurals.

The surprising history of hippy crack

People have been having fun with nitrous oxide – even in the name of science – virtually since its discovery more than 240 years ago.

Given its myriad uses, it is not illegal to sell or possess nitrous oxide. In the United States, there are however many laws regarding the distribution to minors and the recreational inhalation of nitrous. N2O is a chemical compound consisting of a Nitrogen molecule bonded to an Oxygen atom. Its scientific name is Dinitrogen monoxide, but is popularly known as laughing gas or nitrous. At room temperature, N2O is a colorless, non-flammable, non-toxic gas. Nitrous is commonly used in dentistry due to its anaesthetic (painkilling) properties. At higher concentrations, nitrous acts as a dissociative drug which causes a sense of euphoria and both visual and auditory hallucinations. At high temperature, nitrous decomposes into its component atoms allowing use as an oxidizer or conversion into breathable air. Nitrous is also a greenhouse gas naturally emitted by fertilizer and implicated in global warming.

Nitrous Oxide is an anaesthetic gas best known for its use in dentistry and as a whipped cream propellant. It is widely available and its effects are short lasting.