It is puzzling that the wonders of modern chemistry have not yet turned up substances that can outcompete the long-standing sources of illicit altered states, like alcohol and marijuana - Peter Reuter 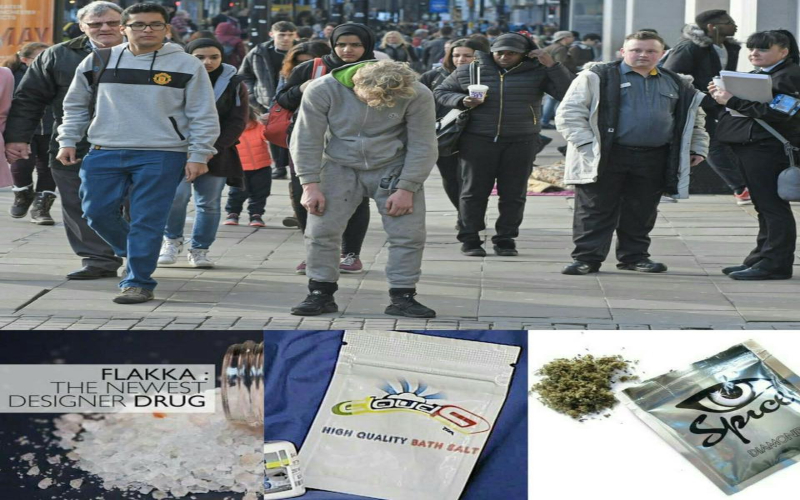 Hopefully the bath salt craze was a flash in the pan...

For a moment last year, zombies were real. Local newspapers carried alarming headlines about otherwise normal people turned into face-eating cannibals, Hulk-like murderous berserkers, and psychotic naked rampagers. It was all thanks to “bath salts,” a new synthetic amphetamine that, despite its innocuous name, scientists said was more potent and addictive than meth. It reached a fever pitch after initial reports suggested a Florida man high on the drug chewed off a homeless man’s face. Experts braced for the apocalypse, local news anchors warned of a craze sweeping the country, and parents cowered in fear as it seemed like anyone’s…

In some parts of the world they conjure wild memories from the 2010s. In Russia, they're more popular than weed. Now, a decade after becoming the go-to drugs of a new generation of young party kids in the U.S. and UK, mephedrone and other synthetic cathinones are now all over Russia, Eastern Europe and some countries in Asia.

Is Kratom the New "Bath Salts" or Just an Organic Pain Reliever with Euphoric Effects?

But, have you heard of the latest legal drug craze to hit a gas station near you? It’s called Kratom, and unlike bath salts, Spice or any of the synthetic, formerly ”legal” drugs on the DEA hit list, this one is entirely organic, and so far not listed as a controlled substance.

It bears noting, however, that since some varieties of bath salts are chemical grab bags containing any number of drugs, it’s certainly possible that hallucinogens are occasionally in the mix.

Will Bath Salts Make You Go Crazy and Eat Someone’s Face? Probably Not.

While Owen doesn’t know what exactly caused Rudy Eugene to turn cannibal, he’s sure that bath salts had nothing to do with it. He theorizes that Eugene may have been a paranoid schizophrenic, observes that it was extremely hot that day, and notes that “a growing body of medical evidence says pot can sometimes trigger aggression in the mentally ill.”

Whatever happened to bath salts, the new drug that ruled America in the summer of 2012?

Bath Salts are substituted cathinones, which are synthetic, concentrated versions of the stimulant chemical in Khat. Methylenedioxypyrovalerone (MDPV), mephedrone and methylone are the chemicals most often found in Bath Salts. Synthetic cathinone products marketed as “Bath Salts” should not be confused with products that people use during bathing. These bathing products do not contain mind-altering ingredients.1