Where in health am I? : Home / Health Cloud / Challenges / Drugs & Medications / Drug Costs

I want drug companies to make money. I need them to make money, or I don’t have any ammo, but there has to be a balance, a middle ground - Frank Esper 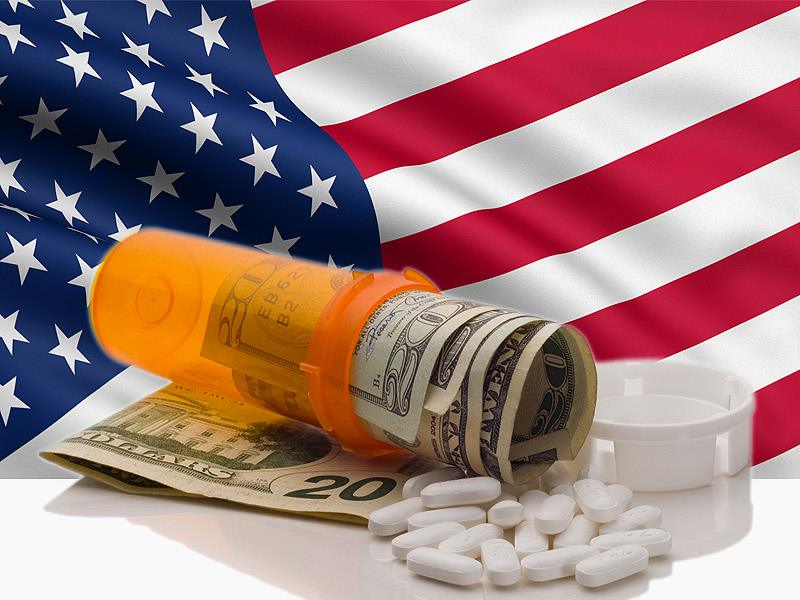 image by: Drug Prices are Too High

Access to health care is a human right, and that includes access to safe and affordable prescription drugs. It is time to enact prescription drug policies that work for everyone, not just the CEOs of the pharmaceutical industry.

Americans pay, by far, the highest prices for prescription drugs in the entire world. When we talk about health care, we are talking about the need of the American people to be able to afford the medicine their health care providers prescribe. A life-saving drug does no good if the people who need it cannot afford that drug.

President Trump’s new plan to import cheaper drugs from Canada seems like a no-brainer. But like most things in health care, it’s complicated. The logic is simple enough: Canadians buy the same drugs, made by the same manufacturers, but they get them at a much cheaper cost. So, says Trump, let’s take their drugs.

A New App Could Help You Get Cheaper Medicine

"Our mission is to make medication inexpensive, clearly priced and easy to purchase.”

Americans Pay More For Drugs Than Anyone In The World

U.S. prices for the world's 20 top-selling medicines are, on average, three times higher than in Britain, according to an analysis carried out for Reuters. The finding underscores a transatlantic gulf between the price of treatments for a range of diseases and follows demands for lower drug costs in America from industry critics such as Democratic presidential candidate Hillary Clinton.

Americans pay the highest prices for prescription drugs in the world -- by far. Drug costs increased 12.6 percent last year, more than double the rise in overall medical costs. (Inflation in this country was 0.8 percent that year.) Even before that, we spent nearly 40 percent more per person on prescriptions in 2013 than they did in Canada, the next most expensive industrialized country. Prescription drugs cost nearly five times more per person in this country than they did in Denmark that year.

What's the least controversial statement anyone could make about health care costs in the United States? Drug prices are out of control. No one really disputes it, and the real question is, Do we have the political will to do anything about it?

Mylan's Outrageous EpiPen Price Hikes: How Many Children Will Suffer?

It was impossible to look online last week without noticing one story after another about the egregious price increases for the EpiPen and, further, the ensuing demand for investigations by Congress and the Federal Trade Commission from a variety of public figures, including Minnesota Senator Amy Klobuchar, whose child has severe allergies.

Prescription Drugs - It Pays to Save Money

The cost of drugs continues to sky rocket. Once you to understand how drug pricing works, you will be able to make some choices that will reduce your overall prescription drug expenses. It pays in the long run!

Simple Tips to Get Cheaper Medications Without the Vegas Odds

Medication seems like it is more expensive than ever and every time someone in my family gets a new prescription from my doctor, including myself, it never seems to be covered. To make matters worse, I usually don't find out until the pharmacist rings me up and I am forced to pay a crazy amount because I have not hit my deductible or my copayment doesn't apply to that medication. I have better odds in Vegas! Is there a simple way I can save time and money on my next prescription?

Soaring insulin prices are a case in point: A 'free market' in healthcare is doomed

With virtually no limits on what can be charged for medicine, drug companies have imposed a series of price increases with no seeming justification other than to enrich executives and shareholders at the expense of patients.

You can get most brand name medications at a savings of about 80 percent from real pharmacies selling real medication outside the U.S., but our government has been doing nearly everything in its power (and, in my opinion, beyond its power) to keep you, and scare you, from doing that.

The Solution to Drug Prices

Almost all developed countries — including those run by very conservative governments — have an effective solution for drug prices, which is why these countries often pay less than half of what people in the United States pay for drugs. For instance, Australia’s more than 60-year-old Pharmaceutical Benefits Scheme has been the single purchaser of drugs for the country, making drugs available at fixed prices that are now listed online.

The United States is exceptional in that it does not regulate or negotiate the prices of new prescription drugs when they come onto market. Other countries will task a government agency to meet with pharmaceutical companies and haggle over an appropriate price.

The way to fix outrageous drug pricing in the US...

While insults of all kinds have been thrown at “Pharma Bro,” he is not the real villain but rather someone trying to do his job, which is to make a profit. The villain is the system.

In any given month, more than half of all American adults take at least one prescription drug. There is no question that medicines help millions of people live healthier and longer lives, and can also prevent more expensive illnesses and treatments. However, it is unacceptable that the United States now spends more than $370 billion on prescription drugs and spending is rising faster than at any point in the last decade.

The US has a problem: the cost of pharmaceuticals is rising too fast. It grabs attention in extreme cases, like when the the price of a 62-year-old drug was hiked from $13.50 to $750 per pill overnight, or a new cure for hepatitis C debuted with a list price of about $1,000 a pill.

The prescription drug pricing system in the U.S. is rigged against patients. We are fighting to change that. Prescription drug prices are out of control. The drug corporations have literally rigged the system to have monopoly pricing power—spending billions to get the laws and regulations that benefit them. They’ve spent $2 billion on lobbying in Washington since 2003.

Blink Health is the cure for a disease with immeasurable human cost. That disease is the high cost of prescription drugs. A cost that takes its toll on human lives in many ways, not just in money but in health itself. Our mission is to cure this disease, and to make prescription medications available at lower prices to millions of people across America.

We help you save money on your prescriptions. Chat with us to look up drug prices in your area & to get our free prescription discount card & mobile app.

Even if you can afford your prescriptions, you're probably paying too much. It costs as little as 1Â¢ to manufacture a pill, so why do our prescriptions cost $10, $100 or even $1,000?

HealthPricer is an independent, award-winning product finder and comparison shopping site dedicated to helping you find the best healthcare products from trusted merchants online. We are a free site that helps consumers compare prices on a range of healthcare products including prescription and OTC drugs, contact lenses, supplements and beauty products (more to come).

Make key decisions at the point-of-care. Not all drugs are covered by your insurance. Identify restrictions & check out of pocket costs during your appointment.

Consumers and doctors are now able to take the WeRx price comparison tool with them on the go. The WeRx mobile app allows you to compare the prices charged at local pharmacies for your prescribed medication while at your doctor's office or on the road and immediately receive instant savings for your prescriptions right on your mobile device.