Where in health am I? : Home / Health Cloud / Challenges / Drugs & Medications / Biologics / Biosimilars

The opportunity offered by biosimilars is still unfolding. But the value they can offer is clear - Scott Gottlieb 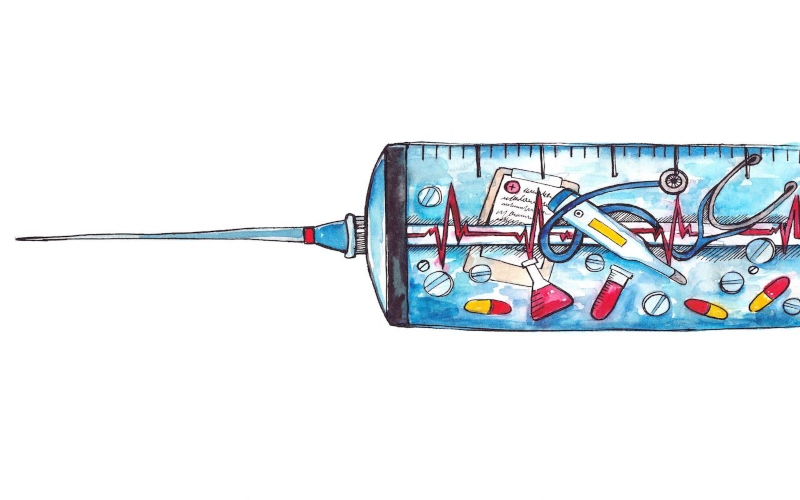 image by: The Center for Biosimilars

The Case For Letting Biosimilars Compete

As policy makers try to address unsustainable prices for biologic drugs, concerns about the fledgling US market for biosimilars have come to the forefront. Some experts have even suggested abandoning biosimilars in favor of more heavy-handed mechanisms to lower the prices of biologics. We agree that there are unique barriers to biosimilar competition. Giving up on the biosimilars market while it is still in its infancy, however, would be a detriment to both patients and the health care system as a whole.

Kaiser Permanente knows from experience that biosimilars have significant value. We successfully use biosimilars to improve affordability for patients, saving our system millions of…

Today marks a milestone for the U.S. biosimilar market: the FDA approved our first biosimilar, Sandoz’s Zarxio, five years ago, on March 6, 2015. The biosimilar category holds incredible promise, and the market for these products is on an upward trajectory. But it’s been a long journey and biosimilars have faced hurdles at every progression point.

Will 2021 Be Another Break-Through Year For Biosimilars?

Biosimilars are biologics that are highly similar to a reference or originator biologic product. There are no meaningful clinical differences in safety and effectiveness between a biosimilar and its reference product.

Drugs grown in live cells are hard to replicate. But policy changes can help accelerate the process.

In 2006, the first biosimilar, somatropin (Omnitrope), was approved in Europe. It has been more than a decade since initial reticence about its safety and efficacy has been permanently forgotten, owing to the clinical practice collected. As before with generics, biosimilars are said to be one of the main tools that European governments will use in the coming years to control the pharmaceutical budget.

Biosimilars: Bringing Patients into the Conversation

There’s no doubt that the cheaper cost of biosimilars versus their originator biologic, even though not as substantial as generics, make them very attractive to healthcare markets. But so far, biosimilar manufacturers have dedicated most of their efforts to convincing payers of these cost benefits, seeing them as the primary gatekeeper of market access. However, by focusing just on payers, are they missing a trick?

Why The U.S. Remains The Most Expensive Market For 'Biologic' Drugs In The World

Europeans have found the secret to making some of the world's costliest medicines much more affordable, as much as 80 percent cheaper than in the U.S. Governments in Europe have compelled drugmakers to bend on prices and have thrown open the market for so-called biosimilars, which are cheaper copies of biologic drugs often derived from living organisms.

After a century, insulin is still expensive – could DIYers change that?

Insulin is a biologic drug, which means it’s produced by a living organism, not a chemical reaction. This process, called biomanufacturing, is more inconsistent than chemical synthesis of non-biologic drugs like aspirin. Making reliable biologic drugs is a little like winemaking. Even though the winemaker carefully follows a well-established process, minute differences will affect the final product. It’s always wine, but some vintages are better than others and tasting the wine is the only way to evaluate the final product.

Biologics vs Biosimilars: Understanding the differences

With the potential to offer targeted therapies and reduced side-effects, the drive towards biologics is exciting. Biologics have revolutionized the prevention, diagnosis, and treatment of cancer, autoimmune conditions, and other diseases. Biosimilars have the potential to enhance treatment accessibility, and with biologic patents beginning to expire, this is an interesting era for the two treatment options.

Biosimilar drugs are copycat versions of biologics. They are intended to alleviate the financial burdens that are associated with the biologics on which they are based — and offer other manufacturers a piece of the action — just as generic drugs provide consumers with deeply discounted alternatives to conventional pharmaceutical drugs. Biosimilars only started to enter the market in 2006,

Explainer: what are biologics and biosimilars?

Biosimilars will help reduce the cost of some of the most expensive biologics on the market. But this can only be possible with the early engagement of all parties involved: academics, industry, regulatory agencies and also patient representatives.

Five Reasons Why It’s Time to Lead on Biosimilars

The economics of biosimilars are undeniable. According to the latest estimates, consumers could save as much as $250 billion in the first 10 years of biosimilar availability.

Great Minds Think Similarly: The Pros and Cons of Biosimilars

Ever wish you could replicate the taste of that $200 bottle of wine that has been aged to perfection over the past four decades? This task is a near impossibility, as it requires you to replicate things like environmental, harvesting, and storage conditions. Many of these things, like weather, can’t be replicated, yet even very minor changes can mean the difference between an incredibly tasty wine and expensive vinegar.

How does switching to biosimilars effect patients?

It is easy to see why health services are so keen to switch patients to the cheaper biosimilar version of commonly prescribed drugs. In a July 2018 NHS report, switching from Janssen’s Remicade to infliximab biosimilars for RA and IBD patients saved the NHS nearly £1 million over a single year.

Biosimilars offer patients, physicians, and payers a wider option of treatment choices, as they compete with original biologic medicines across a growing range of therapy areas.

Scientist Invented A New Pathway To Approve Biosimilars, And The FDA Is Listening

But what makes the FDA about-face on biosimilar evaluation so monumental, is that it was the direct result of the citizen petition.

The Brave New World of Biosimilars

Biological products are large protein molecules generally derived from living organisms and have chemical modifications that are very different depending on what cells are used to make them. Biosimilar products are biologicals that are approved based on high similarity to the brand reference product, with very little differences in terms of safety, efficacy and clinical impact.

The Savings Potential Of Biosimilars Is More Urgent Than Ever

Time to Throw In the Towel on Biosimilars

Biosimilars are near-copies of the original biologic drug, similar but not the same. They are Washington’s favored way to introduce price competition for brand biologics. But because biosimilars aren’t and cannot be identical to the original biologics, the government appropriately requires that they undergo extensive testing before going on the market. This creates two new problems.

Throwing in the towel on a whole new category of medicines, just shy of a decade in, is not only shortsighted, it’s bad for patients and provider choice.

We Need to Make Biosimilars Easier to Get

If potential biosimilar manufacturers can’t get their product to market, they won’t proceed with development.

What Is A Biosimilar Drug?

Here’s why you’ll be seeing that word a lot in the future.

The Case For Letting Biosimilars Compete

As policy makers try to address unsustainable prices for biologic drugs, concerns about the fledgling US market for biosimilars have come to the forefront. Some experts have even suggested abandoning biosimilars in favor of more heavy-handed mechanisms to lower the prices of biologics. We agree that there are unique barriers to biosimilar competition. Giving up on the biosimilars market while it is still in its infancy, however, would be a detriment to both patients and the health care system as a whole.

The Center for Biosimilars

he mission of the Center for Biosimilars is to leverage, build, and support the authoritative voices that advance understanding of emerging therapies and to address the existing gap between clinical and health economic data.

Big Molecule Watch will be posting updates and analyses on regulatory issues, litigation, legislation, and other news in the ever-developing world of biosimilars.

The landscape of the life sciences industry is as vast and varied as the professionals who work in it. Some online resources aim to serve the entire space. We wish them luck. Instead, our goal is to be the most valuable resource for a specific segment of the industry – biosimilars – and the professionals who make their living there.

The Biosimilars Council works to ensure a positive regulatory, reimbursement, political and policy environment for biosimilar products, and will educate the public and patients about the safety and effectiveness of biosimilars.

It is the mission of the Alliance to serve as an authoritative resource center for the public, medical community, the U.S. Food and Drug Administration and government regulators worldwide as biosimilars policies are developed and implemented.