Where in health am I? : Home / Health Cloud / Challenges / Diabetes / Management 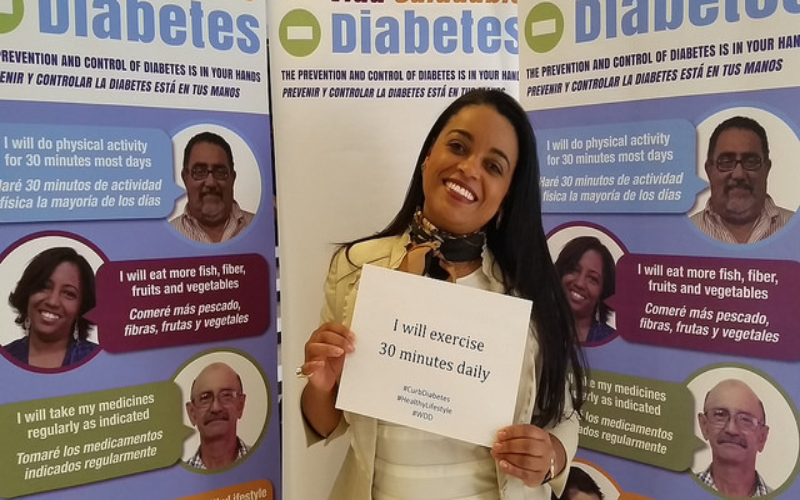 A Do-It-Yourself Revolution in Diabetes Care

John Costik got the call at the office in 2012. It was his wife, Laura, with terrible news: Their 4-year-old son, Evan, was headed into the emergency room.

His blood sugar reading was sky high, about 535 mg/dl, and doctors had discovered he had Type 1 diabetes. The first three days in the hospital were a blur during which the Costiks, engineers in Rochester, received a crash course in managing the basics of diabetes care. For starters, they were told to log their son’s numbers on paper forms. It was their first hint that diabetes management did not occupy a place on technology’s bleeding edge. The methods for guesstimating carbohydrate intake also seemed imprecise, Mr. Costik found,…

We need to prevent our patients from spiraling into DKA or having an episode of life threatening hypoglycemia under our watch.

The Future of Diabetes Management

Luckily, there are so many digital health innovations for diabetes patients out there that diabetes management has been improving for years steadily – and it will significantly change in the coming years.

The Future of Diabetes Treatment: Is a Cure Possible?

Diabetes has become an epidemic, with over 422 million people affected worldwide sentenced to lifelong medication. Science is striving to find a cure to this chronic disease, but how close are we?

A Dilemma for Diabetes Patients: How Low to Push Blood Sugar, and How to Do It?

The starting point for lowering blood sugar is diet and exercise. But for many patients, that is not sufficient. Then doctors and patients are faced with two questions: How low should blood sugar go? And what drugs should be used to lower it?

While gastric-bypass, or bariatric, surgery can be a very successful weight-loss treatment option for those suffering from obesity, it has also been seen to be extraordinarily effective in reversing type 2 diabetes. An exciting new study from a team at Brigham and Women's Hospital has now demonstrated an oral agent that can potentially mimic the effects of bariatric surgery to reduce post-meal blood sugar spikes.

Telemedicine is looking to radically change your doctor visits.

Treating Diabetes May be as Simple as Growing New Pancreatic Cells​

Researchers at the Mount Sinai Diabetes Center have already developed an artificial pancreas. Next, a drug that could regenerate pancreatic cells in the body.

My Vice is Hypoglycemia

Type 1 diabetes is physically taxing and its maintenance exhausting, but I've learned to live with my self-afflicting body.

Building from a foundation of rapid innovation, the 21st century is poised to offer considerable new approaches to providing modern diabetes care. The focus of this paper is the evolving role of diabetes care providers collaboratively working with patients and families toward the goals of achieving optimal clinical and psychosocial outcomes for individuals living with diabetes.

Virta is one of a handful of companies attempting to attack the epidemic—some 28 million Americans suffer from Type 2 diabetes—without relying on medications.

People with the disease have found new ways to modify their gear, and their own metabolisms.

When people ask me why I, an applied mathematician, study diabetes, I tell them that I am motivated for both scientific and human reasons. Type 2 diabetes runs in my family. My grandfather died of complications related to the condition. My mother was diagnosed with the disease when I was 10 years old, and my aunt Zacharoula suffered from it. I myself am pre-diabetic.

With all the concern these days about the nationwide epidemic of Type 2 diabetes, it’s easy to lose sight of the less common but much more serious form of diabetes called Type 1.

New diabetes tech is coming. But will it make much difference?

Among the tech on the way from companies large and small: Socks designed to monitor diabetics’ feet for signs of injury. A bandage-like sensor that continuously measures their glucose levels. An app meant to predict how the sandwich they had at lunch is likely to affect their blood sugar. And, of course, the first “artificial pancreas,” which was approved by the Food and Drug Administration late last month to monitor glucose and adjust insulin flow semi-automatically.

Although available drugs all improve blood-sugar levels, there is a lack of data to show whether they actually prevent or delay development of diabetes' long-term consequences.

More than 171 million people have this increasingly common condition. But lizard spit, new monitors and an array of other drugs and devices can help control diabetes better than ever.

Because that's the thing about self-tracking. It takes dedication, diligence and effort. It is work. Yes, self-tracking offers all sorts of benefits. It helps people chart their progress, helps them feel that they're in control. But it's not a panacea or a silver bullet. It is nothing at all like a cure.

Shi is one of millions of people caught in China’s diabetes epidemic. In the 1980s diabetes was a rarity affecting just one percent of China’s population. Now, due to rapid economic development, and the subsequent growth in availability of high-calorie diets, cars and sedentary lifestyles, China has the highest number of diabetics in the world, totaling 109 million people in 2015—roughly 11 percent of the population.

There Will Be Blood Pricks

Diabetes has forced me to become a self-tracker, and I can't stand it.

A Do-It-Yourself Revolution in Diabetes Care

Biohackers are attempting to resurrect an older product to address the lack of generic insulin, Dr. Greene said. “I don’t think that we should be surprised that a population of technologically savvy patients, whose lives are dependent on access to a supply of a biological agent, should be interested in taking means of production into their own hands, especially at time when insulin prices have risen at unpredictably alarming rates.”

One Drop is a diabetes management platform that harnesses the power of mobile computing and data science to empower people with diabetes to live their best lives.

The Mission of Diabetes In Control is to be the world leader of current and accurate on-line diabetes information for medical professionals, and to promote increased understanding of the care and treatment of diabetes, ultimately helping the medical professional to empower the patient to better self-care.

Diabetes Self-Management is a publisher of authoritative, reliable health information for the growing number of people with diabetes who want to know more about controlling and managing their diabetes.

Apart from information on diabetes, this portal also contains other health-related information.

Taking Control of your Diabetes

TCOYD's Mission is to educate and motivate people with diabetes and their loved ones, to take a more active role in their condition, in order to live healthier, happier, and more productive lives.