Where in health am I? : Home / Health Cloud / Challenges / Diabetes / Devices

Diabetes has forced me to become a self-tracker, and I can't stand it - Hanna Rosin 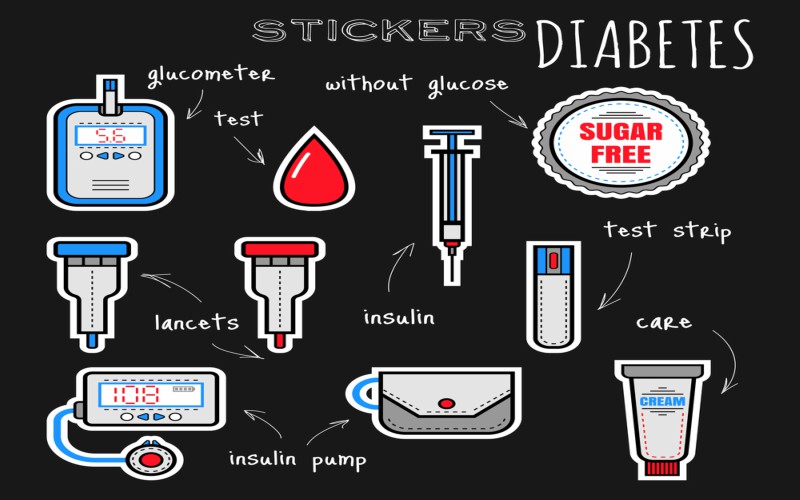 Rumors are flying that Apple is developing some kind of wearable that would continuously track the user’s blood sugar without breaking their skin. For people with diabetes, this would be a huge improvement over the somewhat invasive or downright painful options they currently rely on. But experts warn that if the rumors are true, Apple will be facing a scientific and technological battlefield littered with decades of other companies’ failures.

If Apple is chasing a needleless blood sugar monitor, it wouldn’t be that surprising. (Apple declined to comment.) After all, the market would be massive. About 30 million Americans have diabetes, a disease caused when there’s too much sugar,…

As it happens, there has never been a better time to have this chronic disease — not because it’s anything you’d wish on another person, but because medical technology has advanced to the point where managing the disorder has never been easier.

Abbott’s new FreeStyle Libre Flash Glucose Monitoring System, approved Wednesday by the Food and Drug Administration, uses a small sensor attached to the upper arm. Patients wave a reader device over it to see the current blood sugar level and changes over the past eight hours.

The Future Of Healthcare Is Digital... But Not Necessarily FDA Approved

The growing popularity of blood sugar monitoring for non-diabetics and the noninvasive device CEO Tim Cook has been seen wearing lately has prompted speculation that such indicators, familiar to diabetes sufferers, could become commonplace, allowing us to make decisions about when and what to eat if we want to perform better at work, lose weight, etc.

We’ve rounded up descriptions of some of the most exciting diabetes products expected to hit the market in 2017, followed by an approximate timeframe of when they’ll become available to the public. Sure, what we really want is a cure in 2017, but we’ll take improved quality of life, thanks to new devices and tech, with tremendous gratitude.

8 things I wish people understood about having Type 1 diabetes

No, my life isn't over. It's a pain in the ass, it's terrifying, but the treatments will on average get me through the day.

Apple Is Secretly Working on a Device That Tracks Blood Sugar

If they get it right, it could be amazing for people with diabetes.

People living with diabetes have to prick their fingers to check their blood sugar levels anywhere from one to seven times a day. But now, there’s a better way to monitor blood sugar. This week, the US Food and Drug Administration approved the first at-home, needleless system for continuously monitoring glucose for people with diabetes. The system, called FreeStyle Libre Flash, and manufactured by the DC-based Abbott Laboratories, allows users to forgo finger-pricking for up to 10 days at a time.

A new generation of devices promises an easier way to measure blood sugar in people with diabetes—and in doing so reduce the chances that the disease will lead to long-term complications.

A hacker in close proximity to the OneTouch Ping insulin pump system could use sophisticated equipment to find the unencrypted radio signal used by the device and program the pump to supply insulin, J&J officials said.

My medical devices help keep me alive—and subject me to uncomfortable scrutiny every time I pass through airport security.

Companies work on artificial pancreas, but approval process is too long for many patients.

The Artificial Pancreas Is Here

Devices that autonomously regulate blood sugar levels are in the final stages before widespread availability.

The Hidden Cost of Diabetes Devices to Patients

I want to thank those who create the amazing devices that make my diabetes easier to manage and help me stay healthier. That said, there’s a cost to new technology and devices we never talk about. It’s the one to patients. And I’m not talking financial.

The researchers hope the tattoo will eventually be used to monitor levels of other compounds in the blood, like metabolites, medications, or alcohol and illegal drugs. Whatever the application, the fewer needles the better.

There Will Be Blood Pricks

Diabetes has forced me to become a self-tracker, and I can't stand it.

Rumors are flying that Apple is developing some kind of wearable that would continuously track the user’s blood sugar without breaking their skin. For people with diabetes, this would be a huge improvement over the somewhat invasive or downright painful options they currently rely on. But experts warn that if the rumors are true, Apple will be facing a scientific and technological battlefield littered with decades of other companies’ failures.