Where in health am I? : Home / Health Cloud / Challenges / Diabetes / Complications / Insulin Resistance 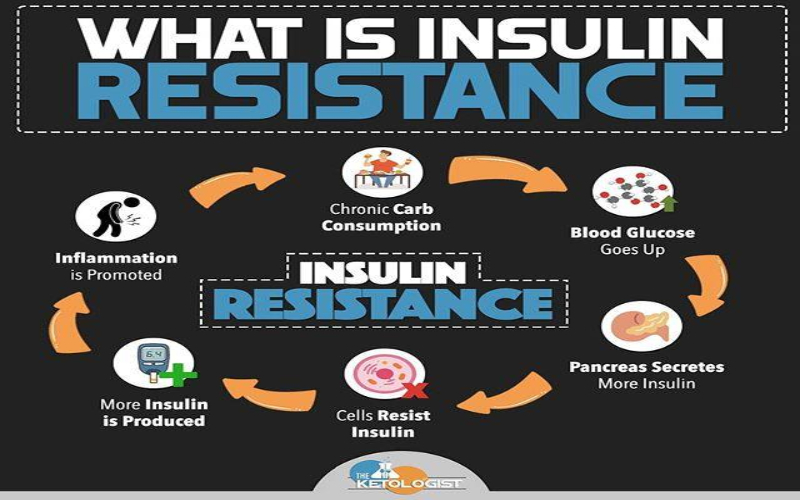 So what is the rationale for lowering carbohydrate intake to reduce insulin resistance? It’s really quite simple. Logic tells us that the macronutrient balance of a meal will determine the amount of insulin released:

Insulin Resistance: The Real Reason Why You Aren’t Losing Weight

In a nutshell, insulin resistance is the inability of your body to properly convert the food that you eat into energy to fuel your cells.

Diabetes is the scourge of our times, but we have been chasing the wrong culprits. A simple, $40 test of insulin resistance could put us on the right track.

We are seeing a rise in the incidence of insulin resistance, type 2 diabetes and metabolic disease globally. In 2015, 1 in 11 people around the world had a form of diabetes (and those are only the ones we know about!

Can cutting carbohydrates from your diet make you live longer?

It's an extraordinary claim. But scientists say you can extend your life AND stay fit throughout old age - just by a change of diet that switches on your youth gene...

Having already elaborated upon the role of diet and exercise to lower insulin resistance and hence prevent/reverse or improve Type II Diabetes in previous posts, in this post I will outline strategies to manage the mind and emotions as an important piece in the jigsaw.

BUT while doctors know that Type II diabetes is caused by insulin resistance – which leads to elevated insulin levels (alongside elevated blood glucose) – there appears to be an almost complete failure to understand that raised insulin is MORE harmful than raised blood sugar. As a consequence all of the effort is targeted at lowering blood sugar without ever considering the elevated insulin and targeting insulin resistance.

Does insulin resistance cause weight gain, or vice versa?

How to Reverse Insulin Resistance: An Actionable Guide

If you’ve been in the space of alternative health and wellness for a while, then you’ve likely heard the term ‘insulin resistance’ floating around. But if not, I’m going to do that right now so your brain can stop screeching to a halt every time it reads that word.

Insulin resistance is common and affects at least one in four adults. It is also called pre-diabetes or metabolic syndrome.

Exercise is commonly promoted as a good way to lose weight but in isolation it is in fact extremely limited as an approach to weight loss – this is not surprising if we consider that, for the vast majority of us, in a 24 hour period we actually burn proportionally a far greater amount of calories while not exercising than we do while actually exercising.

The Collateral Damage of Insulin Resistance

Taken as a whole, the picture is very clear that our lifestyles and environments are contributing not only to the exponential increase in Type 2 diabetes globally, but that the underlying issue of insulin resistance associated with Type 2 diabetes and its collateral damage in terms of increased incidence of cardiovascular disease and retinopathy...

What It Feels Like to Regain Your Insulin Sensitivity

Insulin resistance is a modern epidemic. The probable suspects are as follows: 1) A diet high in refined foods (white flour, white sugar) and low-fat dairy products (which have relatively higher amounts of both lactose and casein). 2) A diet high in fructose, especially high fructose corn syrup. 3) A diet high in gluten and lectins (neolithic foods — especially grains). 4) Sedentary lifestyle (a lot of sitting, lack of exercise).

So what is the rationale for lowering carbohydrate intake to reduce insulin resistance? It’s really quite simple.