The human race tends to remember the abuses to which it has been subjected rather than the endearments. What's left of kisses? Wounds, however, leave scars - Bertolt Brecht 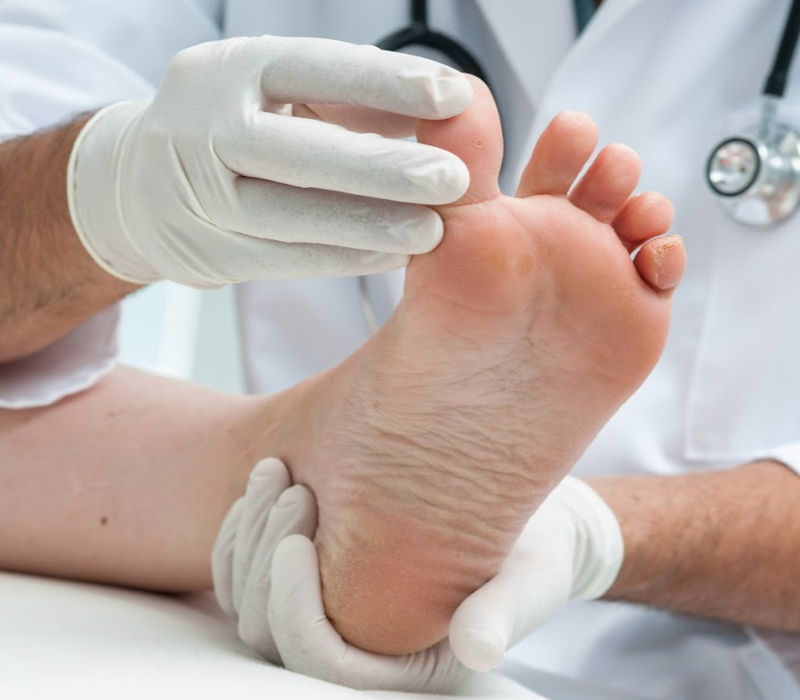 An incredible amount of resources are used in wound care management for diabetics in order to prevent two of the more common complications from occurring, namely progressive infection manifesting as cellulitis or amputation resulting from gangrene...

"Foot problems take a big toll: As a common cause of hospitalizations among diabetic patients, they help drive up diabetes-related costs, which totaled $245 billion in 2012, according to the American Diabetes Association, up 41% from 2007.

The good news, doctors say, is that daily inspection and cleansing of the feet—which isn't complicated or expensive—can go a long way toward preventing foot ulcers, which can lead to amputations.…

Self-lacing, light-ups are fun and all. But what if your footwear could monitor your health, or at least a portion of it?

Around the world, 425 million people live with diabetes and upwards of 15 percent develop foot ulcers, which increases their risk of death 2.5 times. A new nitric oxide-releasing technology has the potential to cut down the healing time of diabetic foot ulcers from 120 days to 21 days.

Maggots are making a comeback in modern medicine

The larvae of the greenbottle blowfly (Lucilia sericata) feast on the bacteria and dead tissue in chronic wounds, cleaning out the wound and giving it more of a chance to heal. This is an ancient therapy, used since Biblical times, but fell out of favour with the invention of antibiotics. However, the rise of drug-resistant bacteria, combined with skyrocketing rates of chronic wounds from diabetes, has led to a resurgence of interest in using creepy-crawlies as treatment, usually referred to these days as maggot debridement therapy or larval therapy.

Every 20 seconds someone, somewhere on the planet, loses a foot due to diabetes. Foot ulcers are the starting point of more than 80% of these amputations, and they could be prevented.

The Diabetic Foot Infection: When and What Types of Antibiotics are Warranted?

This infographic sheds light on the costs associated with diabetes and diabetic foot complications.

Diabetes Is the Price Vietnam Pays for Progress

In a country where limbs were once shattered by ordnance and land mines, hospitals in Vietnam are treating an alarming caseload of “diabetes foot,” an infection that often begins as a minor scrape but then develops into a gangrenous wound because the disease desensitizes patients and compromises the healing process. In the most severe cases, legs are amputated. If the limb can be spared, doctors perform a debridement, a grisly operation that seems more fitting for the trenches of Verdun than for a dynamic, modern metropolis like Ho Chi Minh City.

Diabetic foot disease: From the evaluation of the “foot at risk” to the novel diabetic ulcer treatment modalities

Concluding, diabetic foot ulceration is generally preventable. The first step in ulcer prevention is the careful screening for foot problems and detection of patients at high risk. More research is still required to improve the diagnosis of conditions leading to foot ulceration.

Got Diabetes? Why You Must Protect Your Feet

Despite the alarming rate of those who wind up in the hospital for this serious diabetes complication, only a small percentage of patients take preventive steps to avoid losing lower limbs.

People with diabetes are 30 times more likely to have a lower limb amputation than people without the condition. Every week there are more than 100 diabetes-related amputations in England alone – yet four out of five times the loss of a person’s foot, or even leg, could be avoided.

This Is Wound Care, the Coolest Specialty in Health Care

Once a patient has developed diabetes their wounds need professional help to heal. Many patients ignore these wounds out of fear, which can lead to infection and even lower limb amputation.

The prognosis for people with an infected diabetic foot ulcer is worse than was previously thought, according to new research. More than half the patients in the research study did not see their ulcer heal over a year -- and one in seven had to have part or all of their foot amputated.

What is Wound Care?

You'd probably like to do something soon because waiting can mean infection ... or worse! You might not be aware but Wound Care Advantage has been quietly healing stubborn wounds for well over a decade. By using the most advanced technology like hyperbaric therapy, debridements, and venous ablation, we heel non-healing wounds in less than six weeks.

Getting Patients to Check Feet Daily Can Reduce Complications

On diabetic foot, wound healing, amputation prevention, and the merger of consumer tech with medical devices.

Diabetes is the leading cause of non-traumatic lower extremity amputations in the United States. 15% of all diabetic foot wounds will result in amputation.2 On average, an extremity is amputated every 30 seconds due to complications of diabetes and the majority of these amputations occur following the development of a diabetic foot ulcer.4

A diabetic foot ulcer is an open sore or wound that most commonly occurs on the bottom of the foot in approximately 15 percent of patients with diabetes. Of those who develop a foot ulcer, six percent will be hospitalized due to infection or other ulcer-related complication.