Where in health am I? : Home / Health Cloud / Challenges / Cancer / Screening for Cancer / Lung

Hope is a wonderful thing, something to be cherished and nurtured, and something that will refresh us in return. And it can be found in each of us, and it can bring light into the darkest of places - Anonymous 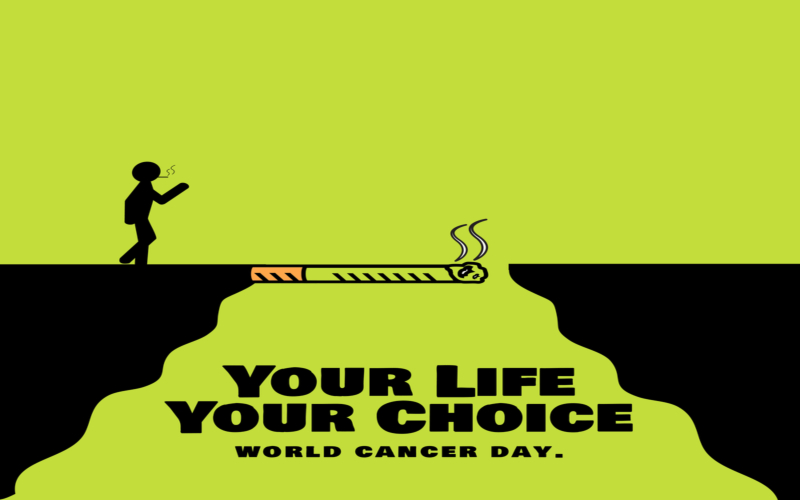 Demand A Scan: Luck Is Not An Option

There’s a lucky few who get an accidental early cancer detection.

As if lucky and cancer belong in the same sentence. But as the story of Evy Schiffman shows, they do. And why an early diagnosis is the key to surviving lung cancer. There is a catch though. Early screenings are not a routine part of health care.

This year, Evy Schiffman read in her local paper about a not-so-well-known scan which detects calcium in the arteries to the heart and can assess stroke risk. She was concerned about her stroke risk, so she saved the article and five months later at her physical, she asked her primary care doctor for the Coronary Artery Calcium CT scan. He ordered it…

Is Lung Cancer Screening Right for Me?

Screening with low-dose CT (LDCT) scans can reduce deaths in those at high risk. The test is not recommended for everyone and it has risks as well as benefits.

In the real world, harms of lung cancer screening prove greater than expected

We trained an algorithm to detect cancer in just two hours

We showed our algorithms nearly 200,000 images of malignant, benign, and tumor-free CT scans, in both 2D and 3D. The way we measure how accurate the nodule detection algorithm is as it learns to find these tumors is the same as they would be implemented in a specialist’s office, with a metric called “recall.”

4 Things You Should Know About Lung Cancer Screening

“The toll lung cancer takes on our families, friends and neighbors is truly devastating,” said Emily Lee, the ALA’s Vice President of Mission Services. “With the availability of lung cancer screening, we have the opportunity to find the disease earlier and save lives. However, to make this lifesaving opportunity a reality, we must do more to raise awareness of both lung cancer and screening.”

If you have a lower risk of lung cancer, there’s less of a chance that screening will help you, as you can’t prevent something that wasn’t going to happen. But that doesn’t mean there’s less of a chance you’ll be harmed by the procedure. Taking a CT scan of the chest can uncover something that looks abnormal but ends up being nothing. Along the way there are more scans, biopsies and, sometimes, unnecessary surgeries.

For Lung Cancer Screening, a Small Dose of Hope

Now, after years of research and one of the largest cancer screening trials ever mounted, there is genuine hope for reducing the toll exacted by this disease. A national study involving 53,454 current and former smokers believed to be healthy showed that annual screening by low-dose computed tomography, or LDCT, could prevent three lung cancer deaths for every 1,000 people screened. Given the millions of people at risk, that could translate to a lot of lives saved.

The announcement of the results of the NLST, showing a 20% reduction in lung-cancer specific mortality with LDCT screening in a high risk population, marked a turning point in lung cancer screening. This was the first time that a randomized controlled trial had shown a mortality reduction with an imaging modality aimed at early detection of lung cancer.

Lung Cancer: Saved By The Scan

Early detection of cancer is often a key factor in successful treatment. When it comes to lung cancer, however, all screening methods are not created equal. In fact, getting an annual chest X-ray is no more likely to turn up evidence of lung cancer than normal visits to the physician. And chest X-rays are less likely to find early stage lung cancer than a low-dose helical computed tomography (LDCT) screening.

Demand A Scan: Luck Is Not An Option

Early detection is more common for many diseases, including breast, colon or prostate cancer. Massive advocacy and funding efforts have helped the public understand that with early detection, a cancer diagnosis doesn’t mean an absolute death sentence. Unfortunately, however, for the country’s deadliest cancer, lung cancer, early detection still only happens as a rare or accidental occurrence, even though lung cancer kills more Americans every single year than these other cancers combined.

Saved by the Scan

If you smoked, this new low-dose CT lung cancer screening test and eligibility quiz could save your life.

If you smoked, this new low-dose CT lung cancer screening test and eligibility quiz could save your life.

Whether you're a heavy smoker now or you have quit smoking, yearly lung cancer screening may be right for you.

The Think.Screen.Know. program was created to encourage you and your patients to talk about annual lung cancer screening for those at high risk for lung cancer. An LDCT scan takes about 10 minutes, and no medicines or needles are required.

The USPSTF recommends annual screening for lung cancer with low-dose computed tomography (LDCT) in adults aged 55 to 80 years who have a 30 pack-year smoking history and currently smoke or have quit within the past 15 years. Screening should be discontinued once a person has not smoked for 15 years or develops a health problem that substantially limits life expectancy or the ability or willingness to have curative lung surgery.

The only recommended screening test for lung cancer is low-dose computed tomography (also called a low-dose CT scan). Screening is recommended only for adults who have no symptoms but are at high risk.

Lung cancer screening with a low-dose computed tomography (also known as low-dose CT or LDCT) scan is the only current, proven method that can detect lung cancer earlier, before symptoms occur, when it is more treatable and potentially curable.

Researchers are working on developing effective methods to screen for lung cancer. Several lung cancer screening methods being studied include tests of sputum (mucus brought up from the lungs by coughing), chest x-rays, and spiral (helical) CT scans. Currently neither chest x-rays or sputum tests have been shown to be effective screening methods. However, screening with low-dose spiral CT scans has been shown to decrease the risk of dying from lung cancer in heavy smokers.