As it’s gone on, you see the WHO becoming less important. No one is thinking about reducing the global numbers, only their own. The WHO is a global force, but people aren’t thinking globally - Clare Wenham 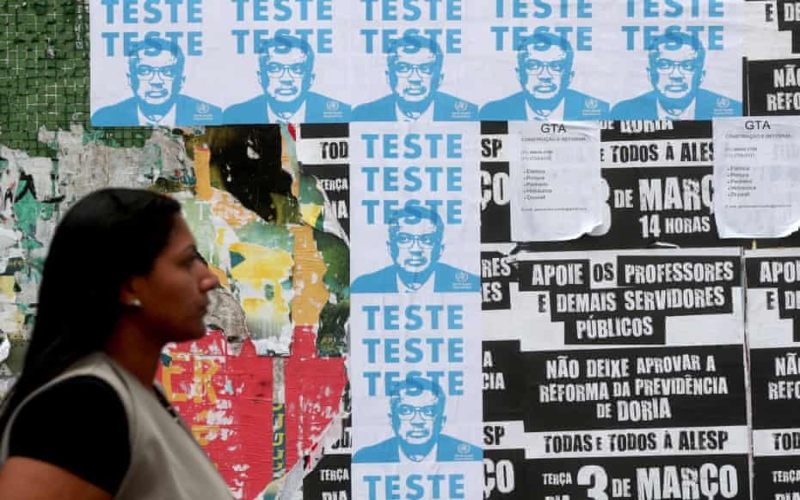 WHO's pandemic response: From criticism to Nobel?

Here is an overview of the main criticisms and plaudits the United Nations health agency has faced since the Covid-19 outbreak first surfaced in China in December 2019.

From the very start, the WHO faced criticism that it was mishandling the crisis. Some accused it of taking too long to recognise that the virus was easily transmitting between humans. But most of the criticism has focused on its initial reluctance to declare a global health emergency, and in particular to utter the word "pandemic". The WHO learned on December 31, 2019 of a mysterious pneumonia outbreak in Wuhan and has repeatedly insisted it immediately jumped into action.

The WHO is opposed to booster shots because it considers it more pressing to get the majority of people in poor countries vaccinated with their first two doses than to get people in rich countries an extra dose.

The WHO v coronavirus: why it can't handle the pandemic

Today, under Tedros, the WHO finds itself in uncharted territory. Not only is it facing by far the biggest pandemic in its history, it is also having to defend itself from the nations on which it most depends.

The good, the bad, and an ugly future for global health.

How China Deceived the WHO

The WHO, meanwhile, was getting its information from the same Chinese authorities who were misinforming their own public, and then offering it to the world with its own imprimatur.

How the world failed to curb COVID

Communication breakdown between the World Health Organization, national leaders and the public caused the pandemic to explode in February 2020, investigation says.

The World Health Organization’s Role in Combatting the COVID-19 Pandemic: A Brief Overview

n sum, even though WHO’s response to the pandemic has fallen short of perfection, the agency has at all times played a necessary and vital role in the battle against the COVID-19 pandemic.

Why did the world’s pandemic warning system fail when COVID hit?

Many say the organization should have declared a PHEIC about a week earlier than it did. But the largest failing, researchers agree, is that so many countries ignored it. Two new preliminary investigations — one from the WHO and another from an independent panel responsible for assessing the organization — attempt to unravel why.

Why It Took Us So Long to Understand the Coronavirus

For a long time, WHO really was against people wearing masks. Also for a long time, it had a real reticence to talk about asymptomatic spread. So when you look at that, I wonder if you think it’s a WHO problem or more of a scientific problem. It’s a little bit of both.

Will the Coronavirus Ever Go Away? Here's What One of the WHO's Top Experts Thinks

This will end with humanity victorious over yet another virus, there’s no question about that. The question is how much and how fast we will take the measures necessary to minimize the damage that this thing can do. In time, we will have therapeutics, we will have vaccines, we’re in a race against that.

WHO's pandemic response: From criticism to Nobel?

Here is an overview of the main criticisms and plaudits the United Nations health agency has faced since the Covid-19 outbreak first surfaced in China in December 2019.

Stay aware of the latest COVID-19 information by regularly checking updates from WHO and your national and local public health authorities.