Legionnaires’ disease is not rare. People just think it’s rare because most of the cases occur one or two at a time, so the public doesn’t hear about them - Matthew R. Freije 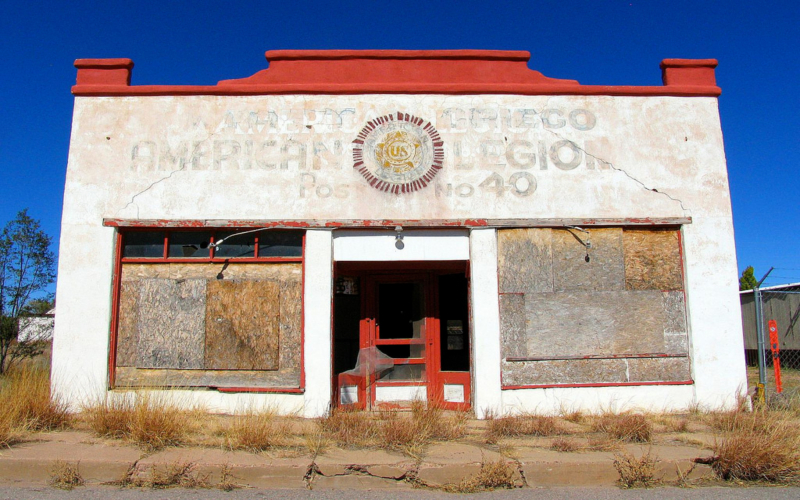 Is it Safe To Turn Down Your Water Heater Temperature?

Almost every checklist of energy-saving tips includes the recommendation that you turn the temperature of your water heater down from 140°F (60°C) to 120°F(49°C), including on TreeHugger and Planet Green. Yet up in Canada if you look for recommendations, they will tell you not to set your heater below 140F, as it can become a sort of petri dish for Legionnaires Disease...

Legionnaires Disease, or Legeionellosis, is caused by "Legionella pneumophila, a ubiquitous aquatic organism that thrives in warm environments." It was identified after 34 veterans died after attending an American Legion Convention in the Bellevue-Stratford Hotel in Philadelphia in 1976. It is temperature sensitive:

Legionnaires' Disease: Why Is This Potentially Deadly Disease Seemingly On The Rise?

Well, you ain't imagining things. Legionnaires' Disease, which is a more severe form of legionellosis, has been like raw steak on a very slow flame. It is still very rare but seems to be becoming less rare over time.

Don’t worry, the chance of dying from potting mix is very slim

Why Are People Still Dying from Legionnaires' Disease?

We actually know a lot about how the disease spreads, so why are people still dying? If the bacteria gets into the lungs, you still probably won't get sick. Stout told me even in an outbreak situation, only about 2 to 5 percent of people exposed will actually contract the disease. It all depends on your underlying health condition (so older people, smokers, or those with weakened immune systems are more vulnerable) and how much bacteria gets in.

Although the name of the illness conjures images of ancient Roman armies, Legionnaires’ disease was first discovered in 1977.

CDC Finds Bacteria for Legionnaires’ in Cooling Towers Across U.S.

The rate of Legionnaires’ disease rose nearly fourfold in the U.S. between 2000 and 2014, and researchers are trying to figure out why. A new study offers some potential clues about the role of cooling towers, the equipment that expels waste heat from buildings’ air conditioning or other systems.

One victim who died was among three living in California city where the theme park is based, while nine others had visited the attraction

Don’t worry, the odds of catching legionnaires’ disease in Melbourne are pretty slim

Cooling towers that are well designed, maintained and disinfected rarely cause a problem. Almost all documented outbreaks are associated with problems with design, maintenance or disinfection – often all three.

Hospital outbreak of legionella – should we be worried?

The areas where we should be most cautious about are the areas of highest risk. So if you’re thinking of immune-compromised people and those with a low immune status, we need to be most careful in aged-care facilities and hospitals.

Legionella pneumonia is a serious respiratory tract infection which usually affects the elderly. If the diagnosis is missed or treatment is delayed the morbidity and mortality are very high. Learned evidence-based experience from previous outbreaks reveals that an interprofessional group of healthcare workers is vital to help decrease the morbidity of the infection.

Found in nearly half of faucets, contamination could explain sporadic cases of disease.

Missing the Warnings on Legionnaires’ Disease

Between 8,000 and 18,000 people are hospitalized with Legionnaires’ disease in the United States every year, according to the Centers for Disease Control and Prevention, and many more cases may go unreported when the symptoms are subtle. Every state should consider actions like those proposed by New York.

Protect Yourself from Legionnaires’ Disease: The waterborne illness that continues to kill and harm

Tens of thousands of people contract Legionnaires’ disease each year, 5-30% of whom die from it within a few days. You can get the disease while showering, brushing your teeth, drinking water, washing your face, or walking by a hot tub or decorative fountain.

It's essentially a more severe form of pneumonia, which is simply lung inflammation caused by bacteria. In this case, the bacteria are Legionella. ( is the proper name for pneumonia caused by this bug, but most people just refer to it as Legionnaires’.) Legionella bacteria thrive in warm water and can be found in hot tubs, cooling towers, hot water tanks, and large plumbing systems. According to the Centers for Disease Control and Prevention, these bacteria are "the most frequent causes of waterborne disease among humans in the United States." Importantly, the disease does not spread from person to person. To get sick, people have to inhale bacteria-contaminated water droplets in their environment.

The CDC says cases of Legionnaires’ disease have quadrupled in the last 15 years. But the easiest fix remains strictly voluntary.

Is it Safe To Turn Down Your Water Heater Temperature?

Almost every checklist of energy-saving tips includes the recommendation that you turn the temperature of your water heater down from 140°F (60°C) to 120°F(49°C), including on TreeHugger and Planet Green. Yet up in Canada if you look for recommendations, they will tell you not to set your heater below 140F, as it can become a sort of petri dish for Legionnaires Disease.

Legionella.org provides educational resources for anyone who has been affected by Legionnaires' disease. A nonprofit organization, we provide comprehensive answers to those who are living with the disease, clinicians, to water treatment professionals and others. Founded by internationally recognized authorities in Legionnaires' disease, Legionella.org advocates a proactive approach to prevention.

The European Working Group for Legionella Infections (EWGLI) was formed in 1986. Its membership comprised scientists with an interest in improving knowledge and information on the epidemiological and microbiological (clinical and environmental) aspects of legionnaires' disease. This was achieved through international surveillance of the disease, as well as developments in diagnosis, management and treatment methods.

The Legionella Control Association (LCA) is a voluntary organisation whose membership comprises providers of services and products concerned with the control of legionella bacteria in water systems. The primary aim is to keep water systems safe and minimise the risk of cases of Legionnaires' disease caused by poorly maintained systems.

The main objective of this site is to provide a series of practical tools that Member States, Iceland, Liechtenstein and Norway and ECDC can use to facilitate a co-ordinated investigation and response to clusters and outbreaks of Legionnaires' Disease with an EU dimension.

Legionnaires’ (LEE-juh-nares) disease is a serious type of pneumonia (lung infection) caused by Legionella (LEE-juh-nell-a) bacteria. Legionella can also cause a milder illness called Pontiac fever. People can get sick when they breathe in mist or accidently swallow water into the lungs containing Legionella. Most people exposed to Legionella do not get sick. However, people 50 years or older, current or former smokers, and people with a weakened immune system or chronic disease are at increased risk. Because high water temperatures make it hard to maintain the disinfectant levels needed to kill germs like Legionella, making sure that the hot tub has the right disinfectant and pH levels is essential.

Legionnaires' disease (LD) is a severe, potentially fatal acute pneumonia acquired by droplet inhalation of water contaminated by bacteria of the genus Legionella. It was named in 1976 following a serious outbreak of pulmonary infection at a convention of the American Legion in Philadelphia, when 29 out of 182 affected individuals died.

The bacterium L. pneumophila was first identified in 1977, as the cause of an outbreak of severe pneumonia in a convention centre in the USA in 1976. It has since been associated with outbreaks linked to poorly maintained artificial water systems, particularly cooling towers or evaporative condensers associated with air conditioning and industrial cooling, hot and cold water systems in public and private buildings, and whirlpool spas.