Where in health am I? : Home / Health Cloud / Challenges / Infections / Parasites / Amebiasis

The difference between the amoeba and Einstein is that, although both make use of the method of trial and error elimination, the amoeba dislikes erring while Einstein is intrigued by it - Karl Raimund Popper 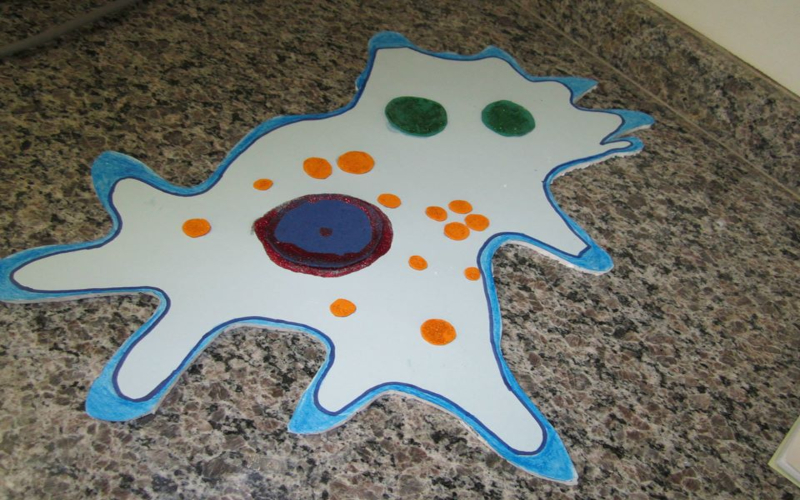 Death by Amoeba, a Nibble at a Time

Entamoeba histolytica is a tiny pathogen that takes a terrible toll. The single-celled parasite—an amoeba about a tenth the size of a dust mite—infects 50 million people worldwide and kills as many as 100,000 each year. Now, a new report reveals how the microbe does its deadly damage: by eating cells alive, piece by piece. The finding offers a potential target for new drugs to treat E. histolytica infections, and it transforms researchers’ understanding of how the parasite works.

“This process of nibbling of cells went unrecognized by everyone in this field, including me, for over a hundred years,” says infectious disease specialist William Petri of the University of Virginia in Charlottesville,…

Entamoeba histolytica is the responsible parasite of amoebiasis and remains one of the top three parasitic causes of mortality worldwide. With increased travel and emigration to developed countries, infection is becoming more common in nonendemic areas. Although the majority of individuals infected with E. histolytica remain asymptomatic, some present with amoebic colitis and disseminated disease.

Entamoeba Encystation: New Targets to Prevent the Transmission of Amebiasis

Amebiasis is caused by Entamoeba histolytica infection and can produce a broad range of clinical signs, from asymptomatic cases to patients with obvious symptoms. The current epidemiological and clinical statuses of amebiasis make it a serious public health problem worldwide.

Entamoeba histolytica – how and why does it cause disease?

There is a disease that you probably haven’t heard of, which infects 35-50 million people every year - mainly in areas of developing countries where wastewater isn’t kept separate from drinking water.

Intestinal amoebiasis: 160 years of its first detection and still remains as a health problem in developing countries

E. histolytica does not require a vector for its transmission and initiates the infection in a cyst-resistant form, normally through the ingestion of contaminated water or food.

Ameba is transmitted via ingestion of the cystic form of the parasite, which is viable in the environment for weeks to months. The cysts can be found in fecally contaminated soil, fertilizer, water, or on the contaminated hands of food handlers.

Parasites 101: Entamoeba histolytica by ROBERT HERRIMAN August 22, 2017Outbreak News Interviews1 Comment Montezuma’s revenge – Aztec Two Step – whatever nicknames it may be called, if you’ve experienced it, you know exactly what I’m talking about. Traveler’s diarrhea is the most common medical issue that people complain of while traveling in less developed countries. One of parasitic causes of travelers diarrhea is amebiasis, caused by the protozoan parasite, Entamoeba histolytica.

Humans, and possibly some non-human primates, are the only natural hosts which can contain Amebiasis and contribute to transmission. However, many types of mammals, including dogs and cats, can contain E. histolytica, although none shed cysts with their feces. Therefore, the organism does NOT survive outside of their body, and the mammals do not contribute to transmission. There are NO VECTORS.

Death by Amoeba, a Nibble at a Time

Although scientists have studied E. histolytica for more than a century, much about the parasite remains a mystery. Part of the problem is that it behaves unpredictably.

Amoebiasis is diagnosed by your health care provider under a microscope by finding cysts and (rarely trophozoites) from a stool sample. The results are usually said to be negative, if Entamoeba histolytica is not found in three different stool samples. But it still does not necessarily mean that you are not infected because the microscopic parasite is hard to find and it might not be present the particular samples.

There is no intermediate host for this parasite. E. histolytica is found worldwide, but it is seen more prominently in tropical regions than elsewhere. There are some humans who are more susceptible to get this parasite which is, but not limited to, homosexual males, frequent travelers, and institutionalized populations.

Amebiasis is a disease caused by the parasite Entamoeba histolytica. It can affect anyone, although it is more common in people who live in tropical areas with poor sanitary conditions. Diagnosis can be difficult because other parasites can look very similar to E. histolytica when seen under a microscope. Infected people do not always become sick.

There is no vaccine to prevent amebiasis. Because amoebas may contaminate food and water, you can help prevent the illness by being cautious about what you eat and drink, especially in developing countries, where a good rule regarding food is to cook it, boil it, peel it, or forget it.

This condition occurs worldwide. It is most common in tropical areas that have crowded living conditions and poor sanitation. Africa, Mexico, parts of South America, and India have major health problems due to this disease.

The most common type of amoebic infection is the asymptomatic passage of cysts, found to be mainly associated with E. dispar infection. Symptomatic patients initially have lower abdominal pain and diarrhoea and later develop dysentery (with blood and mucus in stool).

Amoebiasis is present all over the world. Each year, about 40000 to 110000 people die from amoebiasis infection.

Amebiasis is treated with Flagyl (metronidazole). Treatment eliminates cysts from the stool, thus preventing transmission of the disease to close contacts such as family members.