Where in health am I? : Home / Health Cloud / Challenges / Infections / Fungal / Cryptococcus

The big problem is that fungi, at a molecular level, is closely related to humans, which means that anything that can kill a fungus is probably good at killing a human - James Fraser 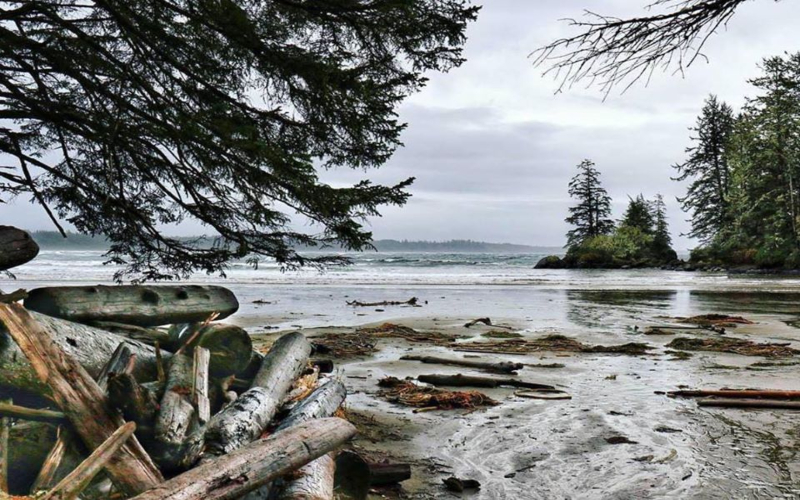 A deadly fungal infection has been spreading across western North America. The number of human and animal cases has grown rapidly in recent years, to the extent that government agencies in US and Canada have labelled the infection an outbreak.

The infection, cryptococcosis, affects the lungs first, because it is acquired by inhaling fungal spores. In the absence of therapy and sometimes despite it, the infection quickly spreads to the brain and other organs, with often fatal consequences. During this outbreak in the US, about a third of those who catch the disease succumb to it. Those infected with the disease have to undergo antifungal drug therapy that can last months. But those…

Maybe it’s a matter of climate change or global warming. Perhaps we are being revisited by continental drift. Whatever its cause, we here in the temperate latitudes of North America are being menaced by a threat that not too long ago could only be found in the tropical regions of the globe.

First update on cryptococcus in the era of antiretroviral treatment expansion reveals disproportionate burden in sub-Saharan Africa and a need for better treatment options.

Cryptococcus gattii: How did it end up in the Pacific Northwest?

In what is being described as “The Teddy Roosevelt effect,” a deadly fungus in the Pacific Northwest may have arrived from Brazil via the Panama Canal, according to a new study led by the Translational Genomics Research Institute (TGen).

Cryptococcus, a type of fungi found worldwide that is responsible annually for upwards of 625,000 deaths, was likely originally spread across the globe in conjunction with continental drift, according to a report by the Translational Genomics Research Institute (TGen).

The wood-chopping farmer with an axe to grind on fungus

"The big problem is that fungi, at a molecular level, is closely related to humans, which means that anything that can kill a fungus is probably good at killing a human," he said. "That means we have a very limited number of anti-fungal agents that can treat infections like this. "It can take months of treatment with drugs that are essentially nowhere near as advanced as we want them to be."

Researchers identified a two-step invasion process mediated by the immune system, which, while being the body's primary defence against Cryptococcus infection, paradoxically promotes infection and meningitis.

How to Stop Crypto, A Deadly Disease So Neglected It’s Missed on the ‘Neglected’ List

For cryptococcal meningitis, however, little has changed. The drugs recommended for first-line treatment, flucytosine and amphotericin B , are more than 60 years old, highly toxic and prohibitively expensive. Patients on amphotericin B must be closely monitored for renal failure, one of several potentially life-threatening side effects—so bad the drug is often referred to as “amphoterrible.” Despite that, amphotericin B is considered a luxury in many countries and is seldom available.

This Poison Fungus Is Evolving to Get Deadlier

It's not just bacteria: A fungus in the Pacific-Northwest is adapting into a more resilient version of its ancestors.

Globally, the disease claims an estimated 300,000 lives every year, roughly 20 percent of all AIDS-related deaths. In fact, according to the U.S. Centers for Disease Control and Prevention, crypto annually kills nearly as many people in sub-Saharan Africa as tuberculosis — and more in a month, every month, than the worst Ebola outbreak on record.

California Trees Nailed As The Source Of Mystery Infections

A fungus called Cryptococcus gattii can cause life-threatening infections, especially in people with compromised immune systems. One-third of AIDS-related deaths are thought to be caused by the fungus. But though people in Southern California have been getting sick from C. gatti for years, nobody knew how.

Cryptococcal meningitis should be classified as a 'neglected tropical disease,' researchers say

Cryptococcal meningitis is a deadly invasive fungal infection which affects hundreds of thousands of HIV patients in the late stage of their disease every year. Attacking the tissues covering the brain and spinal cord, Cryptococcal meningitis is responsible for an estimated 15-20% of all AIDS-related deaths. Yet it is one of the most poorly-funded diseases in the world, receiving just 0.2% of available relevant research and development investment.

Cryptococcal meningitis is high on the list of diseases that need to be better prevented, diagnosed and treated. Even in resource-rich environments it is difficult to manage, but in resource-limited settings it is devastating.

Bacterial and viral are the more prevalent and commonly discussed forms of meningitis, but one infectious disease expert at the University of Alabama at Birmingham says fungal meningitis stemming from Cryptococcus is the true “hidden epidemic” needing more attention — as it is deadly if it goes undiagnosed.

The increasing prevalence of severe C. neoformans infections during the last few decades has attracted the attention of researchers, who together have developed tools to increase the tractability of this fascinating system. Application of these tools has led to remarkable progress in the study of cryptococcal virulence and to recognition of the unique biology of this system...

Cryptococcus, A Fungus That Can Kill You

When doctors discover a young woman's respiratory system is being attacked by the fungus Cryptococcus gattii, they race to save her life before her lungs fail.

The fungus doesn’t spread person to person—you breathe it in while outdoors. Symptoms may not start for months, it’s hard to diagnose, and if not caught in time, it’s difficult to treat.

Cryptococcus gattii displays unique traits and has adapted to new environments in such a way that it presents us with a chance to make huge strides in understanding how these pathogens operate and, hopefully, make sure we are a well prepared to deal with future outbreaks."

Cryptococcal infection, once thought to be an exclusively tropical disease, has killed 60 people in the Pacific Northwest as of July, and health experts suspect climate change is involved.

The fact that CG – hitherto restricted to tropical/subtropical climates – continues to survive and thrive in the dry, temperate climate of North America is somewhat of a mystery. It is possible that long term climate changes towards elevated temperatures may have created in this region small pockets of climates conducive to Cg habitat, a hypothesis that seems to be corroborated by predictive ecological niche modeling.

The Triple Threat of Cryptococcosis: It’s the Body Site, the Strain, and/or the Host

Cryptococcosis is the leading invasive fungal infection in the world today. Over the past century, the causative agents, Cryptococcus neoformans and Cryptococcus gattii, have risen from the status of medical curiosities to common but life-threatening central nervous system pathogens.

A deadly fungal infection has been spreading across western North America. The number of human and animal cases has grown rapidly in recent years, to the extent that government agencies in US and Canada have labelled the infection an outbreak.

Cryptococcosis was considered an uncommon infection before the AIDS pandemic; however, it was an awakening mycosis giant in the 1970s because it was associated with malignancy, organ transplantation, and certain immunosuppressive treatments.

This study may help NIH researchers in Bethesda, Maryland, learn why some previously healthy individuals get infected with Cryptococcus—information that may help develop better treatment and prevention strategies for patients in the future.

Cryptococcus is classified as a yeast, meaning it is a single-celled fungus. The yeast is found in soils around the world, but is especially common in urban areas. The reason for the higher concentration in and around cites is because the yeast grows very well in bird droppings. High populations of pigeons provide a natural and continuous source of fungal growth media.

Life In The Fastlane

Cryptococcosis is a fungal infection caused by two different yeast species, that usually manifests as meningitis or pneumonia. •Cryptococcus neoformans meningitis is an AIDS defining illness.

Cryptococcosis is disease due to a species of the fungus Cryptococcus. C. neoformans typically infects immunocompromised persons. Most people in the United States who develop cryptococcal infections are HIV-positive. However, occasionally persons with no apparent immune system problems develop cryptococcosis. Infections with C. gattii have also occurred in healthy persons without compromised immune systems.

The infection may spread to the brain in people who have a weakened immune system. Neurological (brain) symptoms start slowly. Most people with this infection have swelling and irritation of the brain and spinal cord when they are diagnosed.

Cryptococcosis is a chronic, subacute to acute pulmonary, systemic or meningitic disease, initiated by the inhalation of infectious propagules (basidiospores and/or desiccated yeast cells) from the environment. Primary pulmonary infections have no diagnostic symptoms and are usually subclinical. On dissemination, the fungus usually shows a predilection for the central nervous system...

Cryptococcus can affect several organs, but most patients will present with meningitis or meningoencephalitis. A thorough clinical assessment is therefore needed, looking especially for neurological signs and other sites of infection. Remember that HIV-infected patients may be asymptomatic or present with nonspecific symptoms, eg lethargy, weight loss.