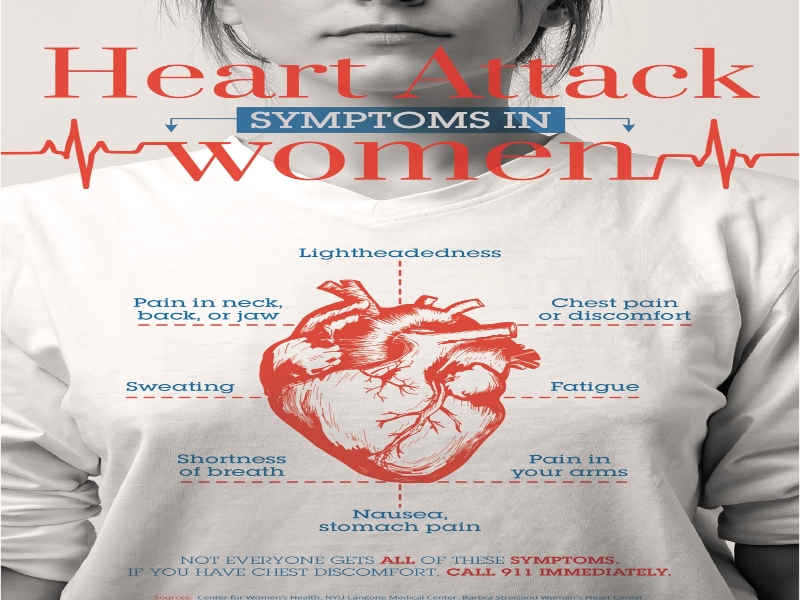 ‘I Had No Idea I Was Having a Heart Attack’: For Women, the Signals Often Aren’t Clear

On a sunny day in Bellevue, Wash., in June 2011, I had just completed a workout class when I experienced a bizarre sensation of intense, full-body muscle fatigue. I broke into a bone-chilling sweat. My upper left arm throbbed, a deep ache next to the bone. I was heaving for air at a rapid clip. I grew nauseated. A fist was pressing through my chest to my spine. I was 56 years old, an exercise enthusiast, a nonsmoker and a retired cardiac-care nurse. And yet I had no idea that I was having a heart attack.

It felt nothing like I’d imagined. It turns out that it’s hard to recognize a heart attack as it happens. What I didn’t understand until much later was that a deposit of plaque…

How One Woman Changed What Doctors Know About Heart Attacks

The story of SCAD underscores how much doctors still don’t understand, including about heart disease in women.

Women suffer needless pain because almost everything is designed for men

Women’s heart attack symptoms are different, and clinical care must catch up

During a heart attack, women are more likely to present without pain, or with uncharacteristic symptoms. Treatment guidelines, however, are based on data collected primarily from men.

Younger people, women and nonsmokers are more likely to be victims of the crisis in cardiovascular health, driven by skyrocketing obesity and diabetes.

She Had Two Heart Attacks, but Normal Arteries. What Was Going On?

It’s amazing to the patient that her diagnosis was made on the basis of a symptom that she’d spent years complaining about — to anyone who would listen, except her doctors. And yet it was right there all along.

Why do doctors ignore signs of heart attacks in women?

“I tell [women] that you’re the best advocate for your care. Nobody knows your body like you know it,” says Robinson, who has since learned that heart disease runs in her family. “And in the case of heart disease, with women dying every 80 seconds, we have no choice but to stand up for ourselves.”

Analyzing over 500,000 cases suggests having female physicians in the emergency room may save women’s lives.

Susan Lucci is lucky to be alive. And the reason she is is because she listened to her body and sought treatment immediately

And male doctors do better when they have more female colleagues.

Fewer women who suffer a heart attack would die if they were given the same treatments as men, according to researchers.

No Chest Pain? You Still Might Be Having a Heart Attack

Even if you take nothing else from this post, please understand: A heart attack may not feel like a heart attack. The expected sensation of an elephant suddenly sitting on your chest may never come. Thirty-five years of research on women who suffered heart attacks found in 2007 that at least 30 percent did not experience chest pain. Chest pain is still the most common sign of a heart attack, but studies have shown that women are more likely than men to have other symptoms instead.

Through all the years that followed, it remained my assumption that the Hollywood Heart Attack was it: the paradigm, the norm, the way heart attacks are supposed to happen. I was relieved of this assumption two years ago, when I had one of my own.

Heart disease and ovarian cancer no longer need to be such aggressive killers of women. You know yourself better than anyone else. When your body produces warning symptoms, listen to it!

‘I Had No Idea I Was Having a Heart Attack’: For Women, the Signals Often Aren’t Clear

A retired cardiac-care nurse didn’t recognize her own symptoms. Neither did the first responders. It’s a problem that can have fatal consequences.

My Life in Red

I am not a specialist, doctor, nurse, or exercise physiologist. I am not a chef or a nutritionist. I have no medical training whatsoever. I’m just a person who’s had a heart attack and who is living with cardiovascular disease. I am an active patient engaged in learning about my own disease. I keep up with the news and with studies. Sometimes they relate to me, or make me think, or make me happy or angry or inspired. I have opinions and I write about them here. I might even recommend something — a recipe, an exercise plan — but I will never put myself out there as a medical expert.

Go Red For Women is bringing the faces of heart disease to living rooms across the country this fall. Untold Stories Of The Heart, a television special featuring Marie Osmond, and NBC''s Hoda Kotb will focus on real women''s stories of struggle, success and support.

All about women and heart disease - our #1 killer - from the unique perspective of CAROLYN THOMAS, a Mayo Clinic-trained women's health advocate, heart attack survivor, blogger, speaker.

The Women's Heart Foundation, the only Non-Governmental Organization that designs and implements demonstration projects for the prevention of heart disease.

WomenHeart is the only patient-led national non-profit organization that educates and advocates for the 8 million American women living with heart disease. With 16,000 members and 50 local support groups, WomenHeart gives women heart patients and physicians a platform to spread the common message of early detection, accurate diagnosis and proper treatment so all women can lead healthier lives.

Heart attack symptoms in women are often different than those of men, and as such women should learn the specific signs of a heart attack.