Where in health am I? : Home / Health Cloud / StaynHealthy / Women's Health / Women and Cancer

Cancer is a word, not a sentence - John Diamond 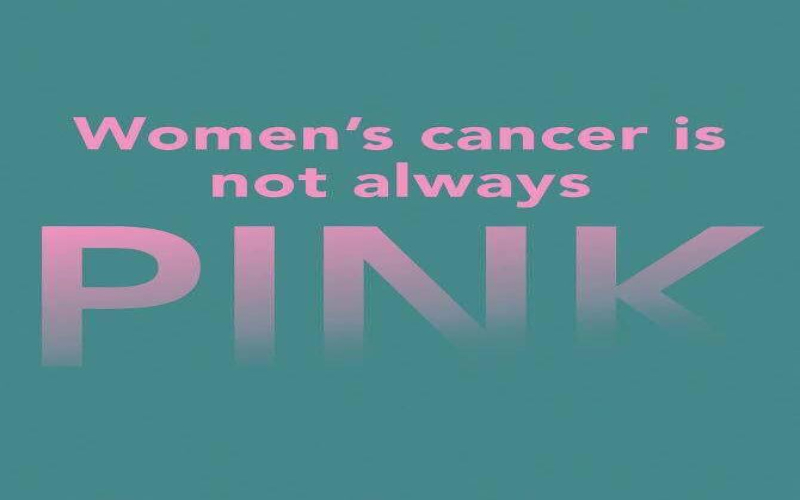 Every weekday for six weeks this fall, I had radiation for early-stage breast cancer. October 9th was my last treatment. This journey has been a lesson in privilege, structural inequality and our broken social and economic systems.

In May, I saw my obstetrician in New York City for pain that I had been experiencing in my right breast. My doctor referred me for a breast ultrasound & mammogram, prescribing scans for the right breast only. The imaging department at the hospital my OB is affiliated with told me it would be a three week wait for an appointment. I had already put off the visit for four months: I have a full-time job, three young children, and I kept thinking if…

We measured levels of benzene and formaldehyde in the salons, and determined that exposure to these known human carcinogens was increasing the workers’ lifetime cancer risks above one in one million – the level that many U.S. agencies consider acceptable in regulating exposure to harmful substances.

An analysis of hundreds of studies on common cancers published in the journal Cancer, involving millions of patients, suggests women are underrepresented in three out of every four cancer studies. Obviously, they make up nearly 100 percent of studies related to female-specific forms of the disease, such as breast and cervical cancer, but when it comes to common cancers that can potentially affect anyone, gender bias is a problem.

The Exposures Project, a collaboration between Taylor’s nonprofit, ZuriWorks, and photographer Kea Taylor (no relation) seeks to reflect that reality by giving a face and a voice to black women living with cancer.

The 10 cancers US women are most likely to face

INSIDER used data from the Centers for Disease Control and Prevention (CDC) and the National Cancer Institute (NCI) to rank the 10 most common cancers in US women, from least to most common. Specifically, the data shows which cancers had the highest number of new cases in 2015, the most recent year for which data is available.

A small increased risk of breast cancer among women using hormonal contraceptives may be offset by the pill’s protective effects.

Cancer - Is It Preventable?

Fighting the Deadliest of Women’s Cancer

Ovarian cancer is the only gynecologic cancer without an early detection screen and it is the #1 deadliest woman’s cancer.

n 1951, Henrietta Lacks, a poor woman with a middle-school education, made one of the greatest medical contributions ever. Her cells, taken from a cervical-cancer biopsy, became the first immortal human cell line—the cells reproduce infinitely in a lab. Although other immortal lines have since been established, Lacks's "HeLa" cells are the standard in labs around the world.

Cancer is a leading cause of death worldwide among women in both high-income countries (HICs) and middle-income countries. Moreover, the cancer burden is expanding in countries of all income levels due to the growth and aging of the population.

Skin Cancer on the Rise in Young Women

“Deciding how much sun you want to get is like asking how much cyanide you want in your breakfast cereal,” he said. “There is no amount of tan that is healthy.”

From data compiled over 44 years, researchers found women were protected from bowel, endometrial and ovarian cancer by taking the contraceptive pill.

What Are the Most Common Cancers in Women?

Here’s a look at the five most common cancers in women* and steps you can take to help find these diseases early:

Despite widespread screening programs, incidences of metastatic cancers (or advanced-stage cancers that have already spread and are therefore more deadly) have remained stubbornly stable since 1975.

Heart disease and ovarian cancer no longer need to be such aggressive killers of women. You know yourself better than anyone else. When your body produces warning symptoms, listen to it!

Our ability to care for ourselves during a health crisis should not be dependent on generous employers or on our zip code.

The warning signs of gynecologic cancers can be vague and similar to those of other conditions. That's why it’s important to know what to look for.

Founded by actress and uterine cancer survivor, Fran Drescher, Cancer Schmancer is dedicated to saving lives through prevention & early detection of cancer. Did you know when cancer is found early, 90% SURVIVE?

The Pregnant with Cancer Network is a national non-profit organization for women diagnosed with cancer during pregnancy.

Be part of a life-changing, world-changing event - The Weekend to End Women's Cancers benefits several cancer agencies thruout Canada. During one amazing weekend, you will unite with thousands of women and men to walk, fighting all women's cancers, step by step.

The Women’s Cancer Fund pays for the myriad of non-medical expenses associated with cancer. The result: your gift helps ease a woman’s burden and lifts her spirit.

The mission of the Women’s Cancer Research Foundation (WCRF) is to improve the cure rates of women with gynecologic cancer through innovative clinical research.

Learn about making treatment decisions, coping with side effects, handling financial matters, caregiving, and living well after cancer. The American Cancer Society also has programs and services to help you manage cancer treatment and recovery and find the emotional support you need. And best of all, our help is free.

Throughout diagnosis, healing, surviving or dying, our mission is to provide FREE cancer advocacy, resources, education and support to women with all types of cancer.

Historically, cancer affects women less frequently than men. The National Cancer Institute estimates that one in three women will be diagnosed with cancer during her lifetime, while one in two men will receive the diagnosis. Women also tend to survive the disease more often than men.

Learn your family history of cancer and what you can do to lower your cancer risk.