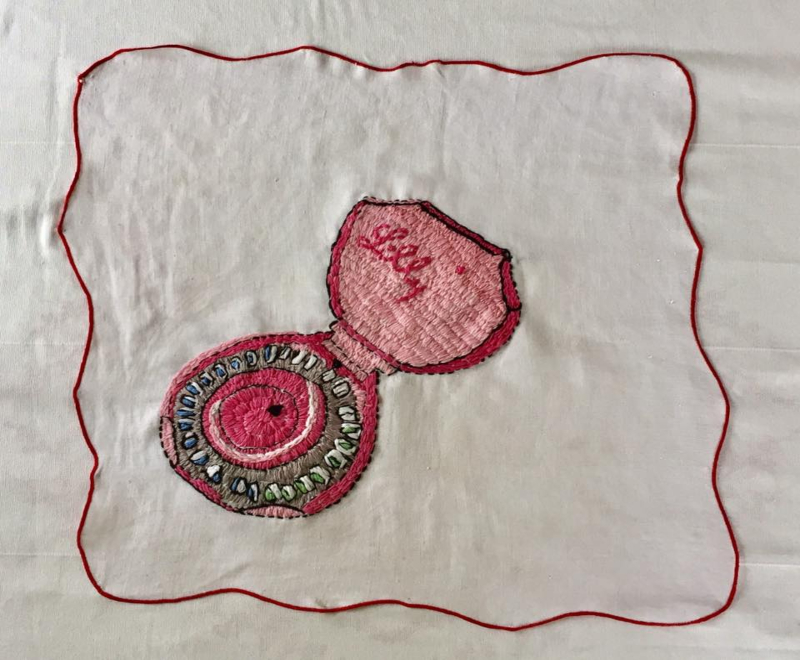 How Did The Contraceptive Pill Transform Society?

If you thought about the most significant inventions of the 20th century, you might consider the television, the internet or the microchip, but few inventions have changed society to the same extent as the contraceptive pill. The pill is one of the most popular types of contraception used today - over 3.5 million women in the UK now take it every day. It’s fair to say that this inconspicuous little tablet has caused great controversy and changed history. But just how profound has its impact really been?

How effective is the pill?

The Business of Birth Control

There can be no real gender justice without an unpacking of the power structures surrounding the reproductive health industry complex—and of the choices that the market pushes on women. Abby Epstein’s latest documentary highlights the dark history of eugenics and underfunded research that the birth control pill, often heralded as a feminist turning point in the history of reproductive rights, hides within itself.

The strange truth about the pill

The shape of the pill does the trick of gradually drip-feeding contraceptive hormones through the stomach.

Gelatine capsule could prevent unplanned pregnancies caused by errors in daily pill use.

Getting the pill from online sites could make the contraception method far more accessible.

Your genes might influence how well your birth control works

Birth control containing the hormone progestin by itself does not increase the risk of depression, according to an investigation of more than two dozen studies’ results. In fact, many of the studies found slightly lower depression scores among the women using progestin-based contraception.

Contraception: the way you take the pill has more to do with the pope than your health

The way women have been advised to take the combined contraceptive pill for the last 60 years unnecessarily increases the likelihood of taking it incorrectly, leaving them at risk from unplanned pregnancy. And this far from ideal situation is the result of a cosmetic quirk of pill design, based on long redundant historical context. This is because standard combined oral contraceptive pills – such as Microgynon, Rigevidon or Marvelon – are designed to be taken for 21 days, followed by a seven-day break, during which time the woman doesn’t take the pill and experiences vaginal bleeding. Pill-taking women therefore have what seems like a “period” every month. But this “period” is far from necessary. Shortly before his death in 2015 I attended a lecture given by Carl Djerassi, the “father of the pill”.

How to choose the right contraceptive pill for you

The combined oral contraceptive pill has some great non-contraceptive benefits but some serious side effects.

My Top 10 Favorite Low Hormone Birth Control Options and Why

Of course, non-hormonal would be ideal for any woman who prioritizes having a natural menstrual cycle. Unfortunately, natural options are really not as abundant as they should be. Check out my top picks for low dose birth control options.

Modern birth control pills that are lower in estrogen have fewer side effects than past oral contraceptives. But a large Danish study suggests that, like older pills, they still modestly raise the risk of breast cancer, especially with long-term use. Researchers found a similar breast cancer risk with the progestin-only intrauterine device, and they couldn’t rule out a risk for other hormonal contraceptives like the patch and the implant. But the overall increased risk was small, amounting to one extra case of breast cancer among 7,700 women using such contraceptives per year.

Why Women on the Pill Still ‘Need’ to Have Their Periods

In 2019, the user of the pill is perceived as an altogether different person. She’s unwed, probably would prefer to skip her period and is more forthright about when it’s that time of the month. As such, many birth-control brands now come in brightly colored rectangular packs that make no effort to be concealed. But one part of the equation remains: the week of placebo pills, in which hormones are abruptly withdrawn and a woman experiences what looks and feels a lot like her regular period — blood, cramps and all — but isn’t. Physicians have widely described this pseudoperiod as medically unnecessary. So why do millions still endure it? That’s largely the legacy of two men: John Rock and David Wagner.

When it comes to birth control, "the pill" has long been the preferred choice for many women. The introduction of a pill as a method of contraception was a social-shifting moment in history as it allowed women, for the first time, to have the power to prevent pregnancy on their own. But curiously, in its development, placebo pills were included as part of the monthly pack of pills, and today there are questions about whether or not they're even necessary.

'I Wanted to Die': How Birth Control Pills Can Ruin Your Life

Historically, women have been expected to bear both children and the burden of preventing unwanted pregnancy. But even the most common, "safest" contraceptive methods can cause serious side effects.

IUDs and Implants Are the New Pill

Long-term devices are now the first-line recommendation for women of all ages.

The risk of blood clots with oral contraception is better known and understood today than it was two decades ago, but women interested in taking the pill may not know the precise numbers of the risk for each hormone option.

The Weird Ways Birth Control Can Impact Your Mood

Birth control pills are awesome: They give you ways to control when (and if) you get your period and make it lighter and less painful when you do get it, they can clear up your skin, and, of course, they allow you to have sex without getting pregnant. If you struggle with mood swings during PMS, or if you have PMDD (premenstrual dysphoric disorder)‚ hormonal birth control can help keep your mood under control. But hormones are complicated...

A Hidden Danger In The New Versions Of Birth Control Pills

Women who take a newer version of birth control pills have a doubled risk of developing potentially fatal blood clots, according to a new study published in the British medical journal BMJ.

Birth Control Can Protect Women From Certain Cancers For Decades

A generations-long study on possible ties between birth control and cancer has revealed an overall healthy picture for the popular medicine, and even some new protective powers.

All drugs have side effects. The drug I take for my ulcerative colitis has a real, if small, risk of causing myelosuppression. But the benefits I receive from it simply outweigh the risks. Women need to discuss with their physicians the potential downsides, as well as the potential upsides, of all forms of contraception. We shouldn’t ignore the potential for hormonal birth control to cause mood changes in women. We also shouldn’t pay attention only to those side effects, forgetting to place them in context with the benefits.

A quiet shift is taking place in how women obtain birth control. A growing assortment of new apps and websites now make it possible to get prescription contraceptives without going to the doctor.

Supporters of the law, which was sponsored by a Republican and received bipartisan support, hope that by making birth control easier and more convenient to obtain, the law will encourage more women to use it and will reduce rates of unintended pregnancy and also abortion.

Can an algorithm replace the pill? Natural Cycles app wants to do just that

Physicist Elina Berglund has created Natural Cycles, an app-based alternative to the pill.

Politics of the pill: why we don’t have better contraceptives

There is also no evidence of innovation in contraceptive methods. New methods introduced since 1960 are just different delivery methods for the same types of hormones used in the pill (implants and injectables) or newer versions of the IUD (Mirena). Nothing genuinely new has been developed. And where is that male pill? It has been touted as being on the verge of release for years.

There is simply no free lunch with medication treatment, and a risk/benefit analysis is very difficult to do if we don’t know what environmental and genetic risks an individual is bringing to the table.

The Lifestyle Possibilities of the Pill

There are risks associated with hormonal contraception, and these shouldn’t be underplayed.

The Link Between Birth-Control Pills and Breast Cancer

A new study finds that pills with a high level of estrogen increase breast-cancer risk significantly. But that still might not mean you should change your prescription.

The Pill: Contraceptive or Abortifacient?

It's an important distinction, both linguistically and scientifically.

The Struggle to Fill My Birth Control Prescription Continues

The Team That Invented the Birth-Control Pill

Anticipating the challenges the pill would face, the biologist heading the project chose for his partner a doctor who was well-liked, good-looking, and, most importantly, Catholic.

This app can replace the Pill - with no side effects

All you do is measure your body temperature every morning when you wake up and enter it into the app. The algorithm can then predict when you will be ovulating. A red day means there is a chance of fertility and a green day means very little or no chance for fertility – so you can have sex.

Here’s what you need to know about buying birth control pills without a doctor involved...

Your Birth Control Could Be Making Your Life Suck, Study Finds

If you've ever suspected you'd feel better if you weren't on the pill, new research is here to back you up.

The creators of birth control are responsible for developing a revolutionary contraceptive — but they misled their test subjects, many of whom were not equipped to give consent, along the way.

How Did The Contraceptive Pill Transform Society?

If you thought about the most significant inventions of the 20th century, you might consider the television, the internet or the microchip, but few inventions have changed society to the same extent as the contraceptive pill.

In a way, birth control mimics the body's response to pregnancy. "There is some truth to the idea that birth control pills trick your body into thinking you're pregnant," said Dr. Vanessa Cullins, Planned Parenthood's vice president of external medical affairs. "When you're pregnant, you don't ovulate, and the cervical mucus is thickening to prevent anything from easily getting into your uterus."

Going off the Pill

Dedicated to providing accurate information about hormonal birth control, transitioning to alternative methods, and the associated risks of both.

Envisioning a future where birth control pills are available over the counter in the United States, fully covered by insurance, priced affordably, and accessible to people of all ages, identities, and backgrounds.