Where in health am I? : Home / Health Cloud / StaynHealthy / Supplements / Weight Loss Supplements

The weight-loss field is strewn with lemons, more so than other areas of medicine - Danielle Ofri MD 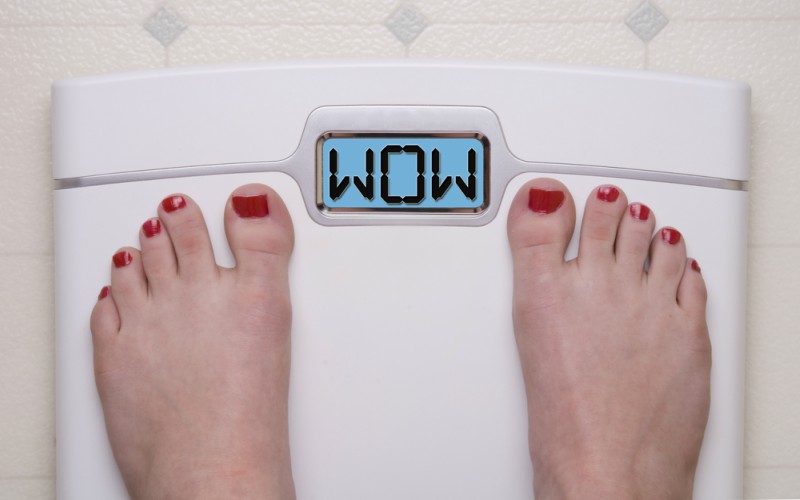 Our ancestors lived in a feast or famine world. When you don’t know where your next meal is coming from, or when it will arrive, the smart play is to pig out every time food is available. Our genes are programmed to extract as much energy as possible from what we eat and to store any extra energy in fat reservoirs, available in reserve for future famines.

These deeply ingrained genetic tendencies worked great in the austere world of our ancestors, but are a disaster in our current world of refrigerators, ubiquitous fast food joints and milk shakes. Only one third of Americans are now able to maintain a normal weight; one third are overweight; and one third are obese. Excess weight…

Dietary supplements and alternative therapies for weight loss have a limited high-quality evidence base of efficacy. Practitioners and patients should be aware of the scientific evidence of claims before recommending use.

“Dangerous” weight loss products containing substances that can induce a stroke or heart attack are being sold on websites such as eBay without any health warnings, an investigation has found.

The Fine Print of Dietary Supplements

What’s on the label doesn’t necessarily match what’s in the bottle.

Which goes back to the advice that most doctors give to anyone serious about getting slimmer: weight loss doesn’t come in a pill, it comes with a healthy diet and regular exercise program.

This fact sheet provides information on weight-loss dietary supplements*, including summaries of research on the safety and efficacy of several of the most commonly used ingredients in these products.

A large new study by the federal government found that injuries caused by dietary supplements lead to more than 20,000 emergency room visits a year, many involving young adults with cardiovascular problems after taking supplements marketed for weight loss and energy enhancement.

Regrettably, Oz routinely and consistently gives questionable health advice, particularly when it comes to weight loss products, where Oz regularly uses hyperbolic terms like “miracle” for the products he profiles...

I am not saying it doesn’t work for weight loss or belly melting; we don’t have good enough evidence to know whether it does or not. I’m not saying people shouldn’t take it, although they shouldn’t assume it’s perfectly safe. I’m only saying there is inadequate evidence for anyone to make the claims Dr. Oz and other proponents have made for it. If we had such limited evidence for a proposed new prescription drug, I doubt if Dr. Oz would want the FDA to approve it for marketing. The double standard is obvious.

In Oz We Trust (But Should We?)

Dr. Oz has the Midas touch when it comes to promoting supplements—that’s beyond dispute—and some of those supplements don’t stand up well to skeptical review.

Rather than rely on hype or savvy marketing, I looked at the science behind four popular fat loss supplements. Will they increase your metabolism or otherwise help you lose fat fast? An emphatic maybe is my short answer. Read on.

The U.S. Food and Drug Administration discovered an amphetamine-like substance in certain diet pills and sports products in 2013 but did not warn consumers.

Popular weight-loss and workout supplements on sale in hundreds of vitamin shops across the nation contain a chemical nearly identical to amphetamine, the powerful stimulant, and pose dangers to the health of those who take them, according to a new study.

The Top Five Supplements You Should Not Take

Dietary supplements are big business. They are promoted for all sorts of health benefits, including weight loss, memory enhancement, body building and cancer prevention. Many of the claims featured on websites and product packaging are not true, but that doesn’t seem to stop supplement makers from promoting them.

The Truth About Weight-Loss Pills and Energy Drinks, for Knowledge and Profit

Between medications and food, there’s a huge swath of edible products that don’t need approval from the Food and Drug Administration, including energy drinks, vitamins, weight-loss pills, and other supplements. And while the companies that make those goods test their products for safety, they don't usually offer test results that vouch for efficacy or mention the less savory ingredients that often lurk inside their pills and potions.

Top-Selling Diet Drug Phentermine Is Cheap and Easy to Get

The Food and Drug Administration has approved several new weight-loss drugs in recent years, but the best-selling diet pill in America isn’t among them. That title belongs to phentermine, a generic drug that has been around for decades and has managed to hold its own despite the arrival of new competitors.

Herbal and diet supplements ‘have no effect on weight loss’

Herbal supplements contain whole plants or combinations of plants, while dietary supplements contain naturally occurring single compounds. They can be purchased as pills, powders and liquids and have become increasingly popular as aids to losing weight.

The Illegal Ingredients in Your Dietary Supplements

Consumers are taking dietary supplements with illegal—and potentially harmful—ingredients, a growing body of evidence shows. A new study published online in JAMA Internal Medicine this week found experimental stimulants in dietary supplements both before and after the U.S. Food and Drug Administration issued public warnings about the stimulants.

"I think what's most striking about [the findings of the study] is that these supplements pose a significant health risk," Tsourounis says. And even when weight loss products don't contain banned substances, she says, they're unlikely to help. "None of these supplements," Tsourounis says, "has been adequately tested to demonstrate that it will work" to help sustain weight loss over time.

The ingredients, apparently new, were popping up on the labels of dietary supplements marketed for weight loss and workouts. Sometimes the label said DMHA. Sometimes, Aconitum kusnezoffii. Or other, even harder-to-parse names.

The report revealed that, while there's widespread use of off-the-shelf weight-loss aids, there's just as much misinformation about them.

The pills – which have killed bodybuilders and people with eating disorders – effectively cook you from the inside.

Too many supplements contain hidden and illegal drugs. Weight loss pills are the worst offenders

One striking revelation: More than half of the offending supplements that have been found to contain illegal or hidden ingredients were marketed for weight loss... The second most popular category was sexual enhancement supplements, followed by muscle builders.

Weight-Loss Supplements: Do They Work?

Dietary supplements have quite a following among many Americans. Overall, 7% of adults use over-the-counter weight-loss supplements, according to a five-state survey reported in 2001 in the Journal of the American Medical Association. The use of nonprescription weight-loss products is particularly common among young obese women--28.4% reported taking them.

Desperate consumers eagerly turn to fad diet programs and diet pills to obtain weight reduction. But treatment for overweight is difficult, the results are poor and the risks are great.

How much more news about weight loss supplements can there be to share? More every year, it turns out, as researchers synthesize new plant-derived compounds and test methods to optimize them for effectiveness.

With all the new weight loss medications entering the market - and engendering controversy - many people are also looking to supplements to aid weight loss. But a visit to those shelves at your local Whole Foods or other health food store, and you're guaranteed to feel overwhelmed. Which really work and which don't? And are they safe?

When you google “weight loss” the challenge to sort fact from fiction begins.