Where in health am I? : Home / Health Cloud / StaynHealthy / Supplements / Phytonutrients / Carotenoids

You can’t eat your way to beta-carotene toxicity, even if you are Bugs Bunny - Hank Schultz 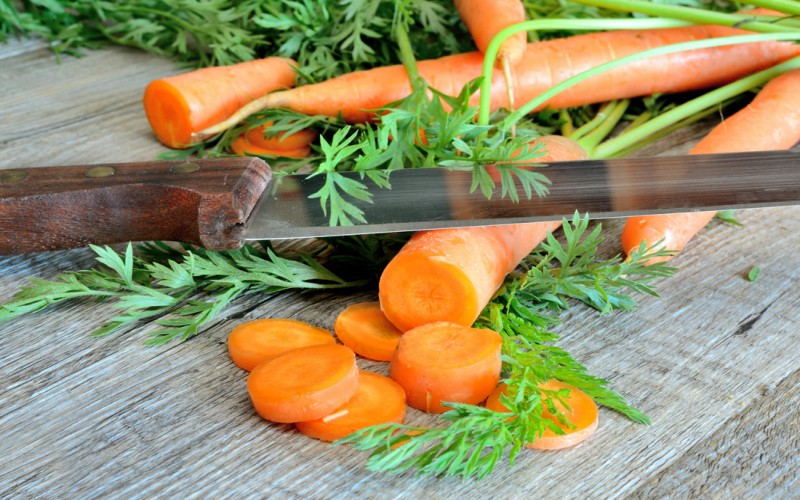 A study released last week found that too much beta-carotene might be bad for you. Should we be surprised? I mean, too much of anything can be bad for you, right?

Beta-carotene is the vitamin A precursor and most familiar member of the carotenoid family that’s found in carrots and many other foods. Beta-carotene when ingested gives rise in the body to vitamin A (retinoic acid), which activates hundreds of genes and is critical for eye and skin health, metabolism and immune function. The vitamin A added to foods and supplements is usually a synthesized form of this end product. But the researchers found beta-carotene can give rise to other compounds, too, and not all of them are helpful.

Benefits of Carotenoids: What Colors Are on Your Plate?

To find foods rich in carotenoids, just look for richly colored red, yellow, orange and dark green fruits, vegetables and herbs. This will lead you right to alpha and beta carotene, lutein, lycopene and zeaxanthine — to name just a few of more than 600 known types of carotenoids found in foods of plant origin.

Beta-Carotene, A Possible Double-Agent in the Fights against Heart Disease and Cancer

People at high risk for cancer and heart disease, such as smokers, people who live with smokers, asbestos workers, those with fatty diets, and alcoholics, should definitely think twice about taking beta-carotene supplements since the effects could be quite hazardous.

Can scarfing carrots really help you see better in the dark?

It’s in the same plant family as squash, cucumber and melons, very similar to butternut squash, yet it’s mostly forgotten and left out of our diet. Its bright orange color denotes a rich content of carotenoids, the precursors to vitamin A. Nurses Health Studies indicate that a diet high in carotenoids can decrease the risk of cataracts and cancer.

Research shows that eating ample amounts of lycopene-rich tomatoes greatly reduces the risk of prostate cancer. Lycopene is the most potent carotenoid antioxidant, followed by beta-carotene, cryptoxanthin, lutein and zeaxanthin.

McDonald arrested for driving under the influence of 'some type of narcotics' and colliding with parked car Previous Next They're best known for supposedly helping us to see in the dark. But carrots could also be a much more powerful force for good health, at least for men, new research shows. Scientists have found that regularly eating the brightly-coloured vegetables appears to reduce the risk of prostate cancer by almost a fifth.

The OSU researchers weren't suggesting people forego eating foods high in beta-carotene. So go ahead and enjoy your vitamin A supplements (within reason) and eat as many carrots as you like. You can’t eat your way to beta-carotene toxicity, even if you are Bugs Bunny.

5 Reasons to Take Astaxanthin Every Day

Astaxanthin (pronounced “asta-ZAN-thin”) is a naturally-occurring carotenoid found in algae, shrimp, lobster, crab and salmon. Carotenoids are pigment colors that occur in nature and support good health. Beta carotene, for example, is orange. Astaxanthin, dubbed the “king of the carotenoids” is red, and is responsible for turning salmon, crab, lobster and shrimp flesh pink.