Where in health am I? : Home / Health Cloud / StaynHealthy / Supplements / Inositol

What is Inositol? Magic... or science - S'moo 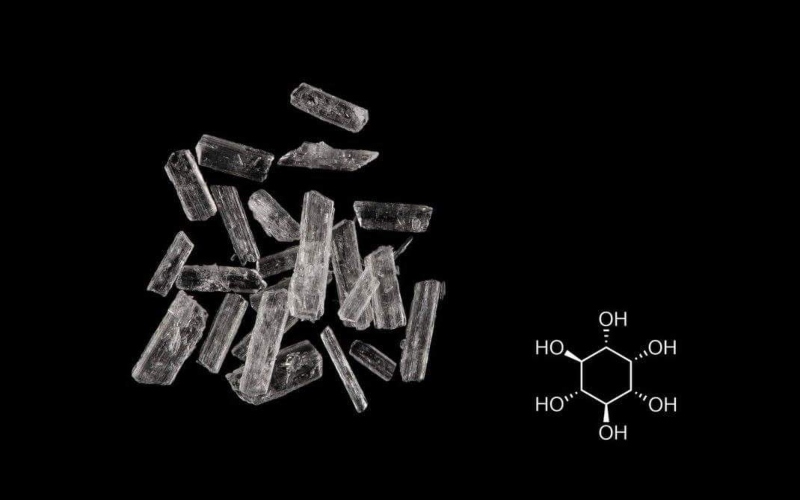 Alll About Inositol And Why You May Need It

If you say it enough like Hermione Granger and you flick your magic wand with enough oomph! “Inositol” kind of sounds like a spell word… though what it would do to your opponent? Let’s find out.

First, what is Inositol?

A little hitting of the books never hurt Hermione, in fact, the more you know, the better you’ll be able to use these vitamin-like substance for good! Inositol is found in food like cantaloupe, citrus fruits, beans, brown rice, sesame seeds and wheat bran. It’s produced naturally in our bodies, in animals and it can be made synthetically.

Why would you need an Inositol spell?

Sorry lol, life would be…

Inositol – Find out the benefits of vitamin B8 for your body

Inositol is a carbohydrate with a cyclic structure and almost ubiquitous inside the human body. In fact, it is present in most of its cells. It is also known as vitamin B8.

Inositol: What Is It And What Are The Benefits?

Inositol is a fascinating nootropic that has shown to have promising effects on a number of mental health conditions and physical disorders, including anxiety disorders, PCOS, GDM, type 2 diabetes, and several others. More research is needed regarding inositols effects on each of these conditions to fully understand its full range of capabilities...

There are actually nine different types, or isomers, of inositol. The main difference between isomers of inositol is in the function of the various compounds. Generally, the term inositol is used to refer to the most bioavailable type, myo-inositol (MI). MI is often recommended to people with PCOS, because many are often insulin resistant and myo-inositol may improve insulin sensitivity and reduce insulin levels.

The difference between inositol, myo-inositol and d-chiro inositol

The history of inositol is a fascinating and somewhat complex story. It is also an ancient story, as inositol exists since there is life on earth. Molecule with great stability, inositol plays key functions at biological level so important as to be considered as prebiotic molecule.

Does Inositol Help with PCOS?

Whilst the first port of call for PCOS is lifestyle management, supplements such as inositol, hailed as the new and more natural metformin, are becoming a popular way to try and manage symptoms.

Inositol - an ally of women's health and fertility

Inositol is a substance found naturally in citrus fruits and other high-fiber sources such as beans, brown rice, corn, sesame seeds, and wheat bran. Inositol is a good supplement to traditional therapies for many diseases, including those related to female fertility.

Inositol – What You Want To Know

Inositol, or more precisely myo-inositol, is a sugar alcohol. It is found in the brain and other tissues. It helps the cells communicate in response to a variety of hormones, neurotransmitters and growth factors. And it is made naturally in humans from glucose. A human kidney makes about two grams per day. Other tissues synthesize it too, and the highest concentration is in the brain where it plays an important role making other neurotransmitters and some steroid hormones bind to their receptors.

Learn About Inositol in 5 Minutes

Aside from cantaloupe, most foods that contain inositol only include this beneficial nutrient in extremely small quantities. Therefore, it’s most convenient to get the additional inositol your body needs from supplements.

Myo-Inositol and Its Derivatives: Their Emerging Role in the Treatment of Human Diseases

Myo-inositol has been established as an important growth-promoting factor of mammalian cells and animals. The role of myo-inositol as a lipotropic factor has been proven, in addition to its involvement as co-factors of enzymes and as messenger molecules in signal transduction.

The Unknown Benefits of Inositol for PCOS

Inositol has shown numerous promising results in favour of its efficacy towards the treatment of PCOS. From increasing your cells’ sensitivity to insulin to decreased metabolic syndrome disorders and taken without any side effects!

What Does Inositol Do?

When searching for natural ways to boost your metabolism and help you drop those unwanted pounds, you may come across a supplement called inositol and wonder how it can benefit you.

What is Inositol and What are the Side Effects?

Inositol is sometimes marketed as vitamin B8 – however, so is a substance called AMP (adenosine monophosphate). Be sure to look for supplements specifically labeled inositol or myo-inositol.

Who is myo-inositol for? And who should stay away from it?

The reality is that absolutely no credible evidence exists that myo-inositol in general improves ovarian function. There is, however, moderate evidence that this supplement may have beneficial effects on IVF outcomes in women with classical polycystic ovary syndrome (PCOS).

Alll About Inositol And Why You May Need It

Commonly nicknamed Vitamin B8 (it’s not really a B vitamin at all), INOSITOL is found in both plants and animals.

What is Inositol? Magic... or Science

It’s sometimes referred to as vitamin B8 but it’s not a vitamin… it’s a sugar. This “sugar” influences the insulin response in your body and effects several hormones associated with your mood and cognition. Not to mention it has antioxidant properties.

Inositol is a natural molecule that is found in the phospholipids of cell membranes, in the lipoproteins of the plasma and, in the form of inositol-phosphates, in the nucleus of cells.

Inositol is a six-carbon sugar present in several biologic compounds, such as phosphatidylinositol found in surfactant and breast milk.