Where in health am I? : Home / Health Cloud / StaynHealthy / Supplements / Energy Boosters / Guarana

Guarana is the Coca-Cola of the 21st century - Valmir Ferrari 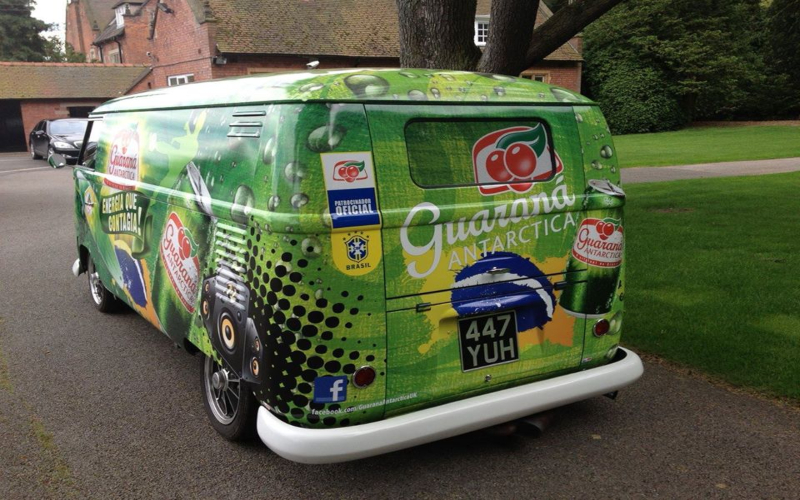 The Real Deal on Guarana

Guarana is a new caffeine alternative that’s all the rage in energy drinks these days. A few weeks ago, a pregnant client told me she was drinking guarana-flavored soda instead of coffee because she thought it was a healthier pick. Thing is, guarana actually contains much more caffeine than coffee. The takeaway: Guarana isn’t always safe. Read up on the facts and find out if it’s right for you.

Also known by the names guarana gum, guarana seed, zoom and Brazilian cocoa, guarana (pronounced GWAR-ah-na) is a tropical plant that bears small red fruit. To say that guarana contains a “little bit of caffeine” is an understatement. In fact, guarana…

Brazilians Like Coke, but What They Love to Drink Is Guarana

The guarana plant, known to science as Paullinia cupana sorbilis, grows wild in the Amazon, wrapping itself around the tall trees of the rain forest. Since pre-Columbian times, the Maues Indians have culled the seeds at the core of the eye-shaped guarana fruit and crushed them into a powdered drink-additive. "The drink is so powerful that while hunting the Indians do not feel hunger from one day to the next," wrote John Philip Bettendorf, a 17th-century Amazon visitor.

Can a Caffeine-Packed Plant Give a Boost?

A highly caffeinated South American plant is increasingly being used to provide the pep in energy drinks, dietary supplements, food products and candy. Marketers say guarana-containing products boost energy, mood and cognitive function—and may even help with weight loss. Scientists say some science does back up those claims, but they warn guarana can overstimulate the heart in rare cases.

It’s been used for centuries as a tea in Guarani culture. The tea is traditionally made by grinding the shelled seeds into a paste and then grating it into hot water and sugar. Guarana is most commonly used as a stimulant and contains about twice the caffeine of the coffee bean. It also contains theobromine and theophylline, other stimulants that affect the central nervous system.

We report evidence that guarana seeds provide additional stimulation over caffeine alone, and document the changes to this stimulation in the context of both caffeine and glucose.

The Truth About Guarana

Bombastically named energy drinks such as Full Throttle, Monster, Red Bull and Rockstar all contain the herbal supplement guarana. The compound is also found in over-the-counter weight loss products, and it's been marketed as an aphrodisiac.

The Real Deal on Guarana

Also known by the names guarana gum, guarana seed, zoom and Brazilian cocoa, guarana (pronounced GWAR-ah-na) is a tropical plant that bears small red fruit. To say that guarana contains a “little bit of caffeine” is an understatement. In fact, guarana has three to five times more caffeine in it than other plants (and twice what you get from coffee). Because it’s often used an appetite suppressant, you might find guarana plugged as a “diet aid.” Some folks also rely on it as a performance-enhancing supplement and to enhance sexual performance. In Brazil, you’ll find specialty sodas that are flavored — and super caffeinated — with guarana.

The benefits of guarana have yet to reach worldwide knowledge, except for North and South America. Some believe that once it does become mainstream, it could be known as the next Red Bull. Guarana is a healthy alternative to caffeine and xenedrine and is sure to be making a huge statement across the world in a matter of years!