Where in health am I? : Home / Health Cloud / StaynHealthy / Supplements / Carnitine

Last week your trainer hyped it as a workout recovery supplement. Then yesterday your co-worker raved about its fat-torching prowess. Rumor has it L-carnitine is a fat-burning, brain-boosting, performance-enhancing machine of a supplement. But is it all it’s cracked up to be - Greatist 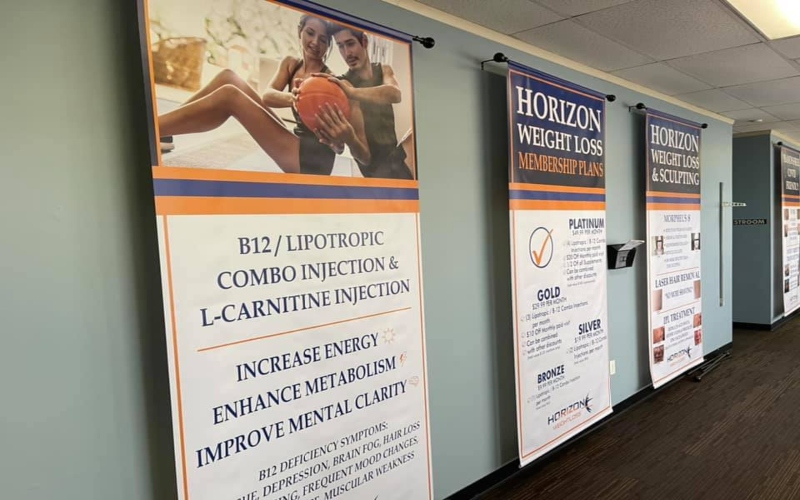 L-Carnitine is an ingredient that has been on the market for decades, most commonly sold as a liquid where users take “carnitine shots” in hopes of burning more fat. It’s mostly sold as L-Carnitine, Acetyl-L-Carnitine, and L-Carnitine-L-Tartrate. In the end, all versions get metabolized down to the base form of carnitine. Carnitine products leave a lot to be desired, and their simple formulations show how manufacturers have not taken the time to actually learn if and how carnitine supplementation can be beneficial.

Let’s first start with how carnitine works in the body naturally – not via supplementation. Carnitine exists in all of us, and is a transporter of long-chain fatty acids…

Carnitine Supplements: Good or Bad for You?

Should you be concerned about your carnitine intake?

How L-Carnitine helped me lose 100 pounds

In short, pinch an area of flab you want to get rid of. You can do this any number of ways; exercise and nutrition are great starting points. Want a healthy way to jack up the process? L-carnitine is going to round up the fatty acid in those cells and burn them up. The first question you are likely going to ask is; is this bad for my heart like most thermogenics?

People use carnitine as an energy booster, antioxidant, and to support mood and cognition. Is the evidence there to support these uses?

What Is Carnitine and Why Is It Important?

Carnitine is a specialized amino acid with a variety of duties in the body. It can be found in nearly all the cells of the human body, but unlike many of the other amino acids, carnitine is not found in the protein molecules that form sub-components of the cells.

What’s L-Carnitine, and Does It Live Up to the Hype?

Last week your trainer hyped it as a workout recovery supplement. Then yesterday your co-worker raved about its fat-torching prowess. Rumor has it L-carnitine is a fat-burning, brain-boosting, performance-enhancing machine of a supplement. But is it all it’s cracked up to be?

Read the ingredient label on any energy drink and odds are fairly good that, among other arcane items, you’ll come across something called L-carnitine. Also sold in supplement form, L-carnitine is often touted as a miracle molecule that boosts energy and helps burn fat naturally.

All You Need to Know About L-Carnitine: Our Guide

All You Need to Know About L-Carnitine: Our Guide

Carnitine (also known as L-carnitine or levocarnitine) is naturally produced by our bodies. It is also an important component of a healthy diet, particularly in young children, people under stress, and in people with many metabolic and mitochondrial disorders. Carnitine ferries long-chain fatty acids into mitochondria, and thus is essential for fat metabolism. Carnitine also plays a detoxifying role by ferrying incompletely oxidized fatty acids, organic acids, and other metabolic intermediates out of the mitochondria, so that they can be excreted

The researchers found that carnitine was not dangerous by itself. Instead, the problem arose when it was metabolized by bacteria in the intestines and ended up as TMAO in the blood.

Everything You Need to Know About L-Carnitine

L-carnitine is finding its way into more and more supplements these days. If you listen to the hype, it’s a potent and versatile supplement that can confer a number of benefits, including more fat loss and muscle gain, better post-workout recovery, and increased cognitive performance. On the other hand, many people claim that it’s a complete dud and can’t do any of these things. Who’s right?

How to Take L-Carnitine Correctly to Boost Your Training

Part fat burner, part performance supplement, L-carnitine has a long history and plenty of fans. Check out the science and decide if it's right for you!

L-Carnitine - Is It Good or Bad for your Heart?

L-carnitine is THE nutrient, the "ferry" so to speak, that shuttles fatty acids from the blood into the mitochondria, the energy producing "furnaces" in the cells, so that the fatty acids can be used as energy. If you want to use fat as a fuel as efficiently and effectively as possible, you need l-carnitine.

L-Carnitine was first discovered in 1905 and was found to be a derivative of the amino acids Lysine and Methionine. It was not until the 1960’s that we understood how L-Carnitine functioned in the body and discovered that it was produced from essential amino acids.

L-Carnitine Benefits: The Top 4 You Need to Know

L-Carnitine benefits the body because it is a naturally occurring amino acid that helps in the conversion of fat into energy, one of my favorite processes in the body.

L-Carnitine | What Is It? Benefits, Dosage & When To Take

It’s been used by athletes all around the world for its fat-burning capabilities, since it could potentially optimize how your body uses fat as a fuel source, leading to greater exercise performance.3 Many people use L-Carnitine for weight loss and fat burning purposes, and when taken correctly, could be a great addition to your training regime. Let’s find out more…

Mitochondria May Hold Keys to Anxiety and Mental Health

Sandi’s lab showed in 2017 that the anti-anxiety drug diazepam increases mitochondrial function in rats. She and her colleagues also demonstrated last January that a mitochondria-boosting supplement (acetyl-L-carnitine) protected mice vulnerable to behaviors associated with depression in humans.

According to this work, published online in the journal Nature Medicine, eating red meat delivers L-carnitine to bacteria that live in the human gut. These bacteria digest L-carnitine and turn it into a compound called trimethylamine-N-oxide (TMAO). In studies in mice, TMAO has been shown to cause atherosclerosis, the disease process that leads to cholesterol-clogged arteries. We know that clogged coronary arteries can lead to heart attacks.

New research suggests depression may be linked to blood levels of a substance called acetyl-L-carnitine (LAC), an amino acid that occurs naturally in the body.

The Discovery of a Vitamin Role for Carnitine: the First 50 Years

The discovery of carnitine as an essential nutrient for one species of insect led rapidly to the elucidation of its central role in fat oxidation and its function in mitochondria. The history of this discovery illustrates how an unexpected result in one extremely narrow area of nutrition can lead to the opening up of an entire field in basic metabolism.

What is Carnitine, and Which Type is Best?

Carnitine is an amino acid that helps the body burn large fat molecules and remove cellular toxins. It is primarily used as a nutritional supplement for athletes to improve their performance, but it has many medical uses, as well. As a nutritional supplement, carnitine may help boost the rate at which you burn fat, increase your energy levels, and support nerve regeneration and sensitivity. As a medical treatment, it can help improve fat metabolism, reduce nerve pain, and alleviate certain heart and kidney conditions, among many others. What carnitine is useful for depends on your personal health and your overall goals.

L-Carnitine is an ingredient that has been on the market for decades, most commonly sold as a liquid where users take “carnitine shots” in hopes of burning more fat.

The weight loss struggle is real. If losing weight were just a matter of avoiding temptation and getting to the gym every day, a lot of us would be much closer to our weight loss goals. But when a month’s worth of rabbit food and hours spent at the gym yield nothing but frustration, scouring the Internet for magic pills begins to seem like viable option, doesn’t it? Before you go wasting your money on magic pills and false promises, we recommend that you try L-carnitine weight loss supplement.

L-Carnitine and its many forms are useful in liver diseases, as well depression, metabolic health, and potentially many other things. L-Carnitine is often used for fat loss, but its usefulness is questionable.

Carnitine, derived from an amino acid, is found in nearly all cells of the body. Its name is derived from the Latin carnus or flesh, as the compound was isolated from meat. Carnitine is the generic term for a number of compounds that include L-carnitine, acetyl-L-carnitine, and propionyl-L-carnitine

Carnitine is a naturally occurring compound that is essential for life and that is ingested in foods as well as synthesized in the body by the liver and kidneys.

The bright and the dark sides of L-carnitine supplementation: a systematic review

Prolonged LC supplementation in specific conditions may affect physical performance. On the other hand, LC supplementation elevates fasting plasma TMAO, compound supposed to be pro-atherogenic. Therefore, additional studies focusing on long-term supplementation and its longitudinal effect on the cardiovascular system are needed.