Where in health am I? : Home / Health Cloud / StaynHealthy / Sleep & Health / Sleep Deprivation 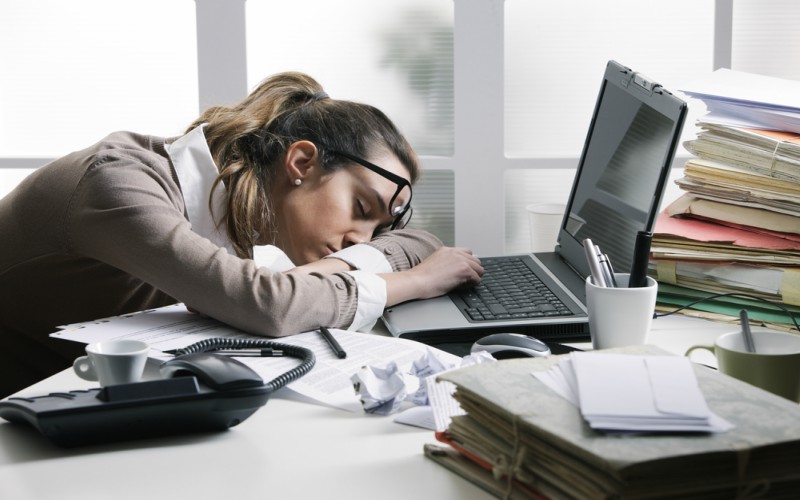 Sleep deprivation is a national epidemic. And it's killing us

We live under the enduring spell of The Warrior Who Does Not Sleep, believing that many accomplished people survive on no more than 4.5 hours of “core sleep” a night. It’s a myth.

Many heroic non-sleepers used pills (John F. Kennedy was a walking pharmacy and once fell asleep…

Understanding sleep hygiene is a crucial part of maintaining physical health, immunity, and mental health, but making changes for a better sleep routine requires willful effort and conscious attention to one’s own needs.

Lack Of Sleep Is Killing You, Get More Tonight With These Tools

We are in the throes of a medical crisis that's slowly, quietly killing us. It's increasing our risk of heart disease and Alzheimer's. It's making us less attentive, more prone to rash decisions, and reducing our ability to fight infection and disease. The generation who waved off need for sleep as a weakness is coming to grips with the fact that they're weaker due to lack of sleep. It's not hysterics or dismissable science at this point. Sleep deprivation might not be the bullet, but it's definitely the one holding the gun.

Sleep Deprivation Is a Surprisingly Effective Way To Treat Depression

Using sleep deprivation to lift people out of severe depression may seem counterintuitive, but for some, it’s the only thing that works.

Why are we so sleep deprived, and why does it matter?

The problems caused by sleep shortage go beyond tiredness. In recent years, studies have shown that adults who were short sleepers, or those who got less than seven hours in 24 hours, were more likely to report 10 chronic health conditions, including heart disease, diabetes, obesity, asthma and depression, compared to those who got enough sleep, that is, seven or more hours in a 24-hour period.

You’re Not Getting Enough Sleep—and It’s Killing You

According to neuroscientist Matthew Walker, I’m doing serious damage to my health—and life—by not sleeping enough.

There are a variety of factors and issues that can cause sleep deprivation and insomnia. Each individual’s experience will vary; what causes insomnia or sleep deprivation in your friend or sibling may not have the same effect on you.

Sleeping Well in the Digital Age

Between smartphones, computer monitors, TVs, and tablets, excessive screen time is the new normal. Studies show External link that the average American looks at their phone 46 times every day and spends 11 hours per day on gadgets. [1] That behavior disrupts our quality of sleep, which in turn negatively impacts our circadian rhythm — our internal clocks that regulate “behavior, hormone levels, sleep, body temperature, and metabolism,” according to the Nobel Prize recipients.

What Sleep Deprivation Does to Your Brain, in One Stunning Infographic

If you yawn during the day, conk out as soon as your head hits the pillow or re-read this sentence a few times to absorb its meaning, here’s some bad news: You need more sleep.

Opening our eyes to the importance of sleep can go a long way to combat the impact that sleep deprivation is having on individuals across the globe. We need to look at not getting enough sleep in the same way as smoking.

Published research already shows that going without enough sleep for one night can decrease attention span, slow down people's reaction times, and cause memory problems, irritability, and a rise in the hunger hormone ghrelin. Sleep is fundamentally linked to an exceptionally broad range of necessary human functions — and lack of sleep can mess people up.

Can You Die From Lack of Sleep?

It's possible that given enough time, sleep deprivation can kill you. While no human being is known to have died from staying awake, animal research strongly suggests it could happen.

You may be surviving on the sleep you get, but that doesn't mean you are getting enough.

How College Students Are Sleeping ... Or Not

◾Students aren't as sleep-deprived as we might think. The overall average was 7 hours and 3 minutes during the week, and 7 hours 38 minutes on the weekends.

How Sleep Deprivation Decays the Mind and Body

Getting too little sleep can have serious health consequences, including depression, weight gain, and heart disease. It is torture. I know.

How Sleep Deprivation Messes With Your Memory: Study

As the authors point out, mistakes, from the mundane to the catastrophic—Chernobyl, the Exxon Valdez oil spill and the Challenger explosion—have been linked to sleep deprivation.

How to Get Better Sleep: The Beginner’s Guide to Overcoming Sleep Deprivation

In this article, I’ll share the science of sleep and how it works, discuss why many people suffer from sleep deprivation without knowing it, and offer practical tips for getting better sleep and having more energy.

Losing Sleep in the 21st Century

Sleep is like food and water—sufficient amounts are necessary for physical and mental well-being and deprivation can lead to death of the organism. More often, insufficient sleep can cause a range of biological, psychological and social problems in humans. This is true whether that insufficient sleep comes from sleep deprivation or from insomnia, which are separate problems. The health and performance consequences of sleep deprivation—i.e., not putting aside enough time for sleep—and of insomnia—i.e., having difficulties initiating and maintaining sleep—need to be taken very seriously.

Millions of Americans are sleep-deprived, but stressing over it won’t help.

Sleep deprivation 'as bad as smoking'

People who rise too early or get by on too little sleep are just as bad as smokers, and can function as poorly as drunks, says leading neuroscientist as he urges the country to get back to bed.

Sleep deprivation is not a badge of honor

So get more sleep. Stop bragging about how little you got. Make your peak mental capacity accessible.

Sleep Well - Your Life May Depend On It

An unfortunate part of our modern-day busy lifestyle is chronic sleep deprivation. According to the Centers for Disease Control and Prevention (CDC), lack of sleep has become a major public health concern, with insufficient rest being linked to medical problems, accidents and occupational hazards.

Sleep deprivation is a real issue, and there are a number of consequences for not getting a good night’s sleep. Here are a few of them - and steps you can take to try and overcome those sleepless struggles.

The Sleep Revolution: Transforming Your Life, One Night at a Time

The Sleep Revolution is an empowering, informative and motivational read. Arianna Huffington’s book, The Sleep Revolution, provides readers with the insights to understand how sleep plays a vital role in good health and well-being. Most individuals do not realize that getting enough quality sleep at the right times can help protect your mental health, physical health, quality of life and safety.

The Ultimate Guide to Drowsy Driving

A National Sleep Foundation Poll, relating to planes, trains, automobiles and sleep, sought to identify how much sleep people who operate a vehicle for a living manage to get on average, and how it affects their driving performance.

What’s the Best Way to Deal With Sleep-Deprived Surgeons?

No one disagrees that sleep deprivation hurts physicians’ performance. The question is what to do about it.

When Does A Sleepless Night For A Senior Become A Sleep Disorder?

For a sleep complaint to be considered a ‘disorder,’ there typically needs to be some type of clinical significance, such as disturbing symptoms, significant consequences, distress or functional impairment...

Yes, Your Sleep Schedule Is Making You Sick

Clinicians have long known that there is a strong link between sleep, sunlight and mood. Problems sleeping are often a warning sign or a cause of impending depression, and can make people with bipolar disorder manic.

Sleep deprivation is a national epidemic. And it's killing us

We live under the enduring spell of The Warrior Who Does Not Sleep, believing that many accomplished people survive on no more than 4.5 hours of “core sleep” a night. It’s a myth.

Everything you need to know about sleep deprivation.