It doesn’t matter how long ago these things happened. This moment is no longer a hashtag; it’s the lancing of an infected wound - Erin Gloria Ryan 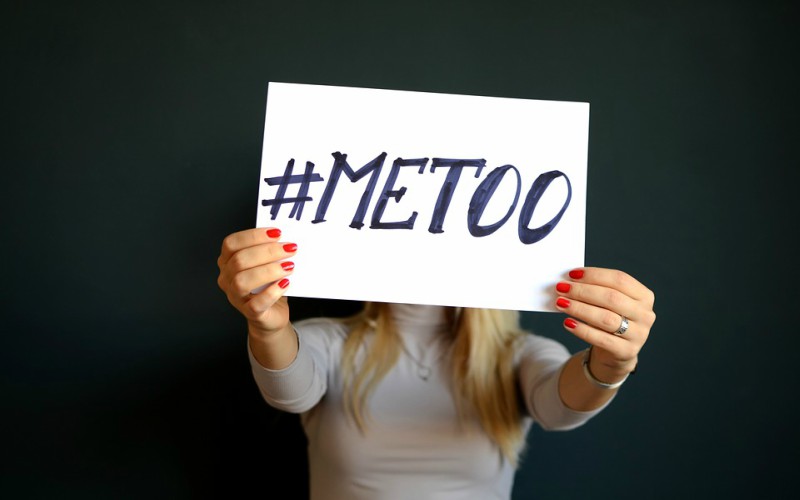 The #MeToo Movement Shows It’s More Than Just a Hashtag

It’s not that the cause wasn’t worthy. Of course women deserve to live in a world where they feel encouraged to speak up against being mistreated on the basis of sex, and of course they deserve to be heard and believed. But the attention of the public zips from one cause célèbre to another…

How the Kavanaugh allegations became a test for #MeToo

The #MeToo movement exposed the myths around assault. What happens with Brett Kavanaugh will show if anything has really changed.

#MeToo: how a hashtag became a rallying cry against sexual harassment

The origins of #MeToo can be dated back before the predominance of social media, when activist Tarana Burke created the campaign as a grass-roots movement to reach sexual assault survivors in underprivileged communities.

I’m disturbed because so many people KNEW what he was doing. They knew and they turned a blind eye which allowed Harvey to continue to demean, degrade, and damage so many women for so many decades.

A #MeToo for clueless men

How could I have been so stupid? I was amazed by the #MeToo outpouring by women who have been sexually harassed or assaulted. So many women I know have been victims, and yet, I marveled, I had spent my career in charmed workplaces where such things didn’t happen. But this week I learned that, earlier in my career, I worked in a place that was the very definition of a hostile work environment

Are You A #MeToo? How To Navigate Sexual Harassment At Work

The fallout of the Harvey Weinstein sexual abuse scandal included the #MeToo hashtag that cropped up on social media, originated by activist Tarana Burke 10 years ago, then re-sparked by actress Alyssa Milano. Women (and some men) came out to share stories of sexual abuse, harassment and impropriety, some long-buried, some told often. It germinated as a Hollywood campaign, but quickly spread to every industry.

How to Find Shelter in the Storm of #MeToo

The current public litigation around sexual misconduct has been exhausting and grueling, especially for survivors. But there’s a way forward.

For perhaps the first time in history, powerful men are falling, like dominos, and vulnerable women are being believed.

The Problem With Asking Women To Say ‘Me Too’

“Women can turn the whole internet into a list of “Me toos,” but it won’t make a difference until men ― all men ― acknowledge how they perpetuate misogyny and commit to making a change.

The Problem with the #MeToo Campaign

There is strength in solidarity, but I couldn't help feeling some despair as the hashtag took off.

The Woman Who Created #MeToo Long Before Hashtags

In 1997, Tarana Burke sat across from a 13-year-old girl who had been sexually abused. The young girl was explaining her experience, and it left Ms. Burke speechless. That moment is where the Me Too campaign was born.

Did you see the #metoo hashtag? Or see the “Me, too” status updates? Maybe you watched in horror, surprised at how universal the problem is. Maybe you added a #metoo, and could name 100 women in your life who could add one as well. Maybe you had a #metoo to add, but didn’t feel safe enough to post it.

When Scientists Say, "Me, Too"

The #MeToo Movement Shows It’s More Than Just a Hashtag

It doesn’t matter how long ago these things happened. This moment is no longer a hashtag; it’s the lancing of an infected wound. What’s happening isn’t slowing down; if anything, it’s accelerating.

The Movement of #MeToo

The power of #MeToo, though, is that it takes something that women had long kept quiet about and transforms it into a movement.