Where in health am I? : Home / Health Cloud / StaynHealthy / Nutrition / Vitamins / Vitamin B / Vitamin B1

Friendship is like vitamins, we supplement each other's minimum daily requirements - Anonymous 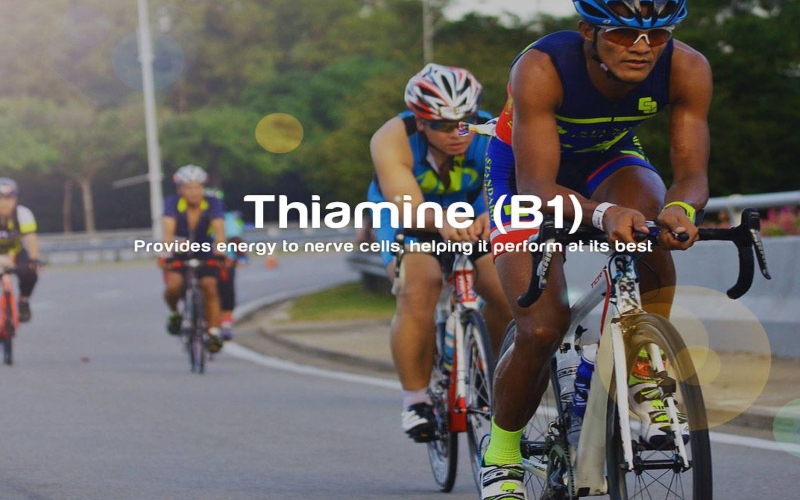 Save a Brain, Ask for Thiamine

Your friend calls you sounding weak and confused. Out of concern, you stop over to find she barely recognizes you. You take her to the hospital, where doctors proceed to run tests and realize – as EMS is helping her into the ambulance – she seems to have trouble coordinating her steps. What could have possibly happened to your friend?

We often think of a nutritional deficiency as something that happens only in dire situations, like visible starvation. However, in the case of thiamine deficiency, the person may appear healthy, but be starving for this particular nutrient. It can be persuasively argued that for most of the 35 million patients admitted to U.S. hospitals annually, thiamine…

Are you deficient in thiamine? Here's what you need to know about Vitamin B1

Vitamin B1 (thiamine) is not a rare vitamin. Small amounts can be found in nearly all foods and many foods have substantial amounts of B1, yet an estimated 20% of Americans are found to be deficient in this extremely important and necessary vitamin. The reason? B1 is generally destroyed when a food is processed.

Though alcoholism is the most common condition linked to Wernicke’s, it is not the only one. Diseases that cause extended periods of fasting or persistent vomiting have also been linked to the disorder. Newest among these are patients who have a history of gastric surgery – particularly weight loss surgery. Several recent studies suggest that the disorder is often unrecognized.

What is Thiamine (Vitamin B1)?

Though rare in developed countries like the United States, deficiencies in B1 can create serious medical problems. Severe deficiency of thiamine causes complications involving the nervous system, brain, muscles, heart and gastrointestinal system," said Ross. "If you are deficient you can develop specific disorders such as Beriberi and Wernicke- Korsakoff syndrome," said Arthur. Beriberi can cause abnormal nerve function, heart failure and swelling in the legs, while Wernicke Korsakoff syndrome can cause memory loss, confusion and difficulty with balance.

Treatment of Wernicke encephalopathy: thiamine 500 mg IV infusion over 30 minutes, 3 times daily for 3 days. then thiamine 250 mg IV or IM, daily for 3 to 5 days or until clinical improvement ceases

Save a Brain, Ask for Thiamine

How a nutrient deficiency can cause confusing symptoms.

11 Signs and Symptoms of Thiamine (Vitamin B1) Deficiency

Thiamine, also known as vitamin B1, is one of eight essential B vitamins that has many important functions throughout the body. It’s used by nearly all your cells and responsible for helping convert food into energy. Since the human body is unable to produce thiamine, it must be consumed through various thiamine-rich foods, such as meat, nuts and whole grains. Thiamine deficiency is fairly uncommon in developed countries.

Thiamin (or thiamine) is one of the water-soluble B vitamins. It is also known as vitamin B1. Thiamin is naturally present in some foods, added to some food products, and available as a dietary supplement. This vitamin plays a critical role in energy metabolism and, therefore, in the growth, development, and function of cells.

Severe thiamin deficiency leads to beriberi, a disease that affects multiple organ systems, including the central and peripheral nervous systems

Thiamin (vitamin B1) helps the body's cells change carbohydrates into energy. The main role of carbohydrates is to provide energy for the body, especially the brain and nervous system. Thiamin also plays a role in muscle contraction and conduction of nerve signals. Thiamin is essential for the metabolism of pyruvate.