Where in health am I? : Home / Health Cloud / StaynHealthy / Nutrition / Vitamins / Niacin

Great relationships are like vitamins to the soul. They help us connect, laugh, dream and grow. Make time for friendship and fellowship - Buky Ojelabi 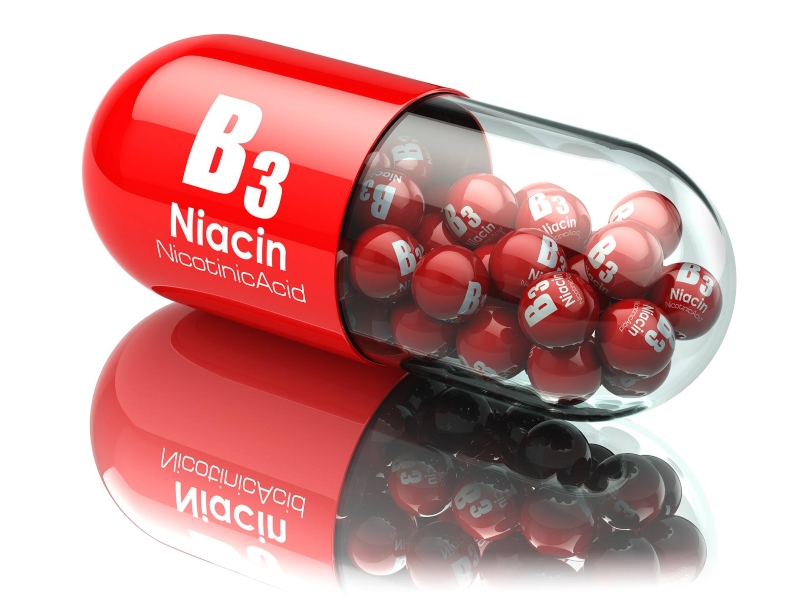 3 Things to Know About Niacin and Heart Health

Recent studies published in The New England Journal of Medicine are adding to concerns about the safety and effectiveness of niacin, a popular drug for the prevention of cardiovascular disease. The studies reveal that although this B vitamin can reduce triglyceride levels, raise “good” cholesterol levels (HDL) and reduce “bad” cholesterol levels (LDL), it does not produce the benefits that patients and their doctors might expect. And the studies are revealing serious harms. Here are three things you need to know about niacin.

First, these new studies failed to show that niacin reduced the risk of heart disease and stroke.

Do Niacin Side Effects Outweigh the Benefits of Lower LDL & Higher HDL Cholesterol?

It is entirely possible that niacin is not beneficial and carries serious side effects, but these studies involved three or four drugs (depending upon design): simvastatin, ezetimibe, niacin and laropiprant. To conclude that niacin is useless and dangerous from these studies is, in our opinion, somewhat premature.

Preliminary results from a long-awaited federal study have now called into question the notion of adding niacin to statin therapy— at least in some people. The study, called AIM-HIGH, was halted early and has not been published yet; only sketchy data have been released.

Most people who have undesirable cholesterol levels and can’t improve them sufficiently via diet and exercise are prescribed statin drugs. But there’s also a vitamin, niacin—known as B3—that in very large doses can improve cholesterol levels and reduce the risk of heart attacks. In fact, when niacin’s beneficial effect was discovered in 1955, it became the first treatment for high cholesterol. Who wouldn’t prefer to take a vitamin over a prescription drug, you might ask. But it’s not that simple.

The Benefits of Eating Potato Skins

Eating potato skins benefits your health by providing a source of niacin, also called vitamin B-3. Like potassium, niacin helps your cells break down nutrients into useable fuel. It also plays a role in cell communication and new cell development and helps your cells recover from physiological stress. Men should consume 16 milligrams of niacin daily, according to the Linus Pauling Institute, while women require 14 milligrams. Eating four potato skins boosts your niacin intake by approximately 1.6 milligrams.

3 Things to Know About Niacin and Heart Health

Recent studies published in The New England Journal of Medicine are adding to concerns about the safety and effectiveness of niacin, a popular drug for the prevention of cardiovascular disease. The studies reveal that although this B vitamin can reduce triglyceride levels, raise “good” cholesterol levels (HDL) and reduce “bad” cholesterol levels (LDL), it does not produce the benefits that patients and their doctors might expect.

Vitamin B3 has a number of important roles in helping to maintain good health, many of which have now been scientifically proven as fact, such as the role that niacin, one of the forms of vitamin B3, can have on lowering levels of bad cholesterol in the blood. There are however dangerous side effects to consuming high doses of niacin and, therefore, patients need to be regularly monitored by health professionals, with this treatment not being suitable for everyone.

7 Side Effects of Niacin

The recommended daily dosage of niacin for a normal adult is in the 13-17 milligram range, and niacin does not frequently include a lot of side effects with this usage. When individuals take large doses of niacin, either as a cholesterol-lowering agent or for other intended uses, ingesting significant amounts of niacin can cause some common side effects.

Niacin and its derivative nicotinamide are dietary precursors of nicotinamide adenine dinucleotide (NAD), which can be phosphorylated (NADP) and reduced (NADH and NADPH). NAD functions in oxidation-reduction (redox) reactions and non-redox reactions. (More information) Pellagra is the disease of severe niacin deficiency. It is characterized by symptoms affecting the skin, the digestive system, and the nervous system and can lead to death if left untreated. (More information) Dietary tryptophan can be converted to niacin, although the efficiency of conversion is low in humans and affected by deficiencies in other nutrients.

Vitamin B3 is made up of niacin and niacinamide, and can be found in many foods, including yeast, meat, fish, milk, eggs, green vegetables, and cereal grains. Vitamin B3 is often found in combination with other B vitamins, including thiamine, riboflavin, pantothenic acid, pyridoxine, cyanocobalamin, and folic acid.

All tissues in the body convert absorbed niacin into its main metabolically active form, the coenzyme nicotinamide adenine dinucleotide (NAD).