Where in health am I? : Home / Health Cloud / StaynHealthy / Nutrition / Minerals / Selenium

Maintaining adequate selenium levels is important to immune and thyroid function. But given the potential long-term risk of supplementation, I think the best option for most people is to meet their need by eating selenium-rich foods - Chris Kresser 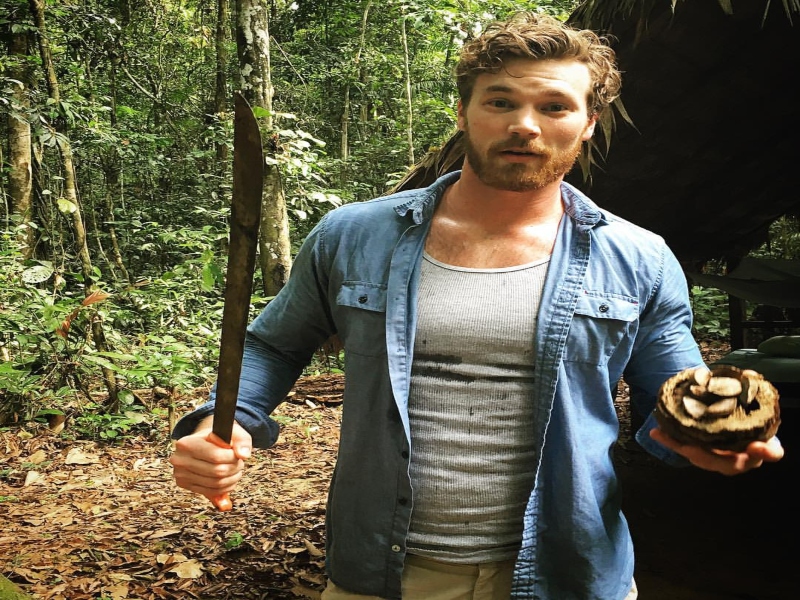 Selenium: What Is It, And Why Do Vegans Need It?

Selenium was discovered in 1817 by a Swedish chemist called Jöns Jacob Berzelius.

It is similar to tellurium, which had been discovered in 1782 and named after the Latin word for earth 'tellus'. Berzelius kept the celestial theme going and named his new discovery selenium, after 'selene, the Greek name for the moon.

Selenium (chemical symbol Se) is now used as a glass dye, in fireworks to produce red smoke and as an antifungal agent in dandruff shampoos. It was the selenium sulphide in shampoo that killed the alien in the 2001 film Evolution.

In nutrition, selenium is described as an essential trace element, which means we only need…

With time, the selenium panacea zeal has been tempered with a more sophisticated understanding of specifically how and where selenium can help.

Selenium has been associated with positive health outcomes. Here’s what you need to know

If you stay within those recommended daily dietary allowances, you should experience no negative side effects from selenium consumption. Going beyond recommended doses, however can be a problem

The Scoop on Selenium

So in the end, Element 34 is just another micronutrient, a stray element that our bodies for some reason decided to put to use in our past. It's probably not a miracle cure for AIDS, but it doesn't cause insanity, either—it's neither a periodic table hero nor one of its villains.

Selenium, a noteworthy anti-cancer antioxidant is also underrated when it comes to bone metabolism. Selenium deficiency is associated with osteopenia (a pre-osteoporosis condition of reduced bone mass). This really hits home with me because whenever I review Tissue Mineral Analysis reports of those diagnosed with osteopenia...

Selenium and cancer: Friends or foes?

In the past, studies showed that taking selenium as a supplement helped prevent people from getting cancer. However, a more recent systematic review A comprehensive evaluation of the available research evidence on a particular topic. suggests that this might not be true. T

Selenium and the Brain

Our modern, industrial diets can be full of calories but paradoxically low in some important minerals. Having enough of these minerals, such as magnesium, is vital to good physical and mental health. Selenium is another extremely important micronutrient that may be low in the diets of some modern populations, leading to chronic health problems.

Selenium Supplements: Too Much of a Good Thing?

Selenium, a mineral found in fish, meat, eggs, grains and certain nuts, helps boost antioxidant activity in the body to potentially ward off chronic diseases. But too much selenium can cause selenosis, a condition marked by hair and nail loss, garlic breath, fatigue and nerve damage.

Selenium – The Most Powerful Mineral For Health And Wellness

Simply put, Selenium is a key micro-nutrient that is vital to all human health and well-being. It has been well documented that those with higher levels of blood Selenium, have the lowest rate of cancer. This is probably the reason why so many scientists have described Selenium as an “anti-carcinogenic” micro-nutrient. It’s no coincidence that in countries where the soil and water are high in Selenium, the populace experience lower rates of tumor activity.

Selenium, a Critical Mineral for Health and Healing

Selenium is a fascinating element, and one that, in fact, opens up an entire world of experience for human beings. By this I mean that selenium is required for the functioning and development of certain areas of the brain that open a person to higher emotions and higher thought. It is also an essential mineral for thyroid functioning, along with iodine.

When the SELECT trial started in 2001, there were high hopes it would prove that taking vitamin E or selenium could help prevent prostate cancer. The newest results from the trial show just the opposite—that taking selenium or vitamin E can actually increase the odds of developing prostate cancer.

Selenium can be dangerously toxic in higher doses, so a "more is better" attitude is especially hazardous with this mineral. Selenium-poisoning is associated with liver cirrhosis, neurological damage and skin lesions.

What Are Selenium Supplements?

Why Taking a Selenium Supplement is a Bad Idea

A new study found that people with high levels of selenium had an increased risk of type 2 diabetes.

Selenium: What Is It, And Why Do Vegans Need It?

Selenium was discovered over 200 years ago – it's an element vital for health so long as you don't overdo it.

6 Symptoms of Selenium Deficiency and How to Avoid Them

Selenium is an essential trace mineral and antioxidant that is vital to good health and physical and mental energy. While it should be found in many foods, the amount of selenium in common sources has decreased in recent decades.

You might not know it, but your body needs selenium. Like all trace minerals, it’s essential for proper body functioning, though you need less of them than you do vitamins and minerals needed in larger quantities, such as calcium and iron. That is why it is referred to as a micronutrient.

Selenium is required by the body for proper functioning of the thyroid gland, and may help protect against free radical damage and cancer. A deficiency in selenium can lead to pain in the muscles and joints, unhealthy hair, and white spots on the fingernails. In long term cases it may even lead to Hashimoto's disease, a condition in which the body's own immune system attacks the thyroid.

Selenium is a trace element that is naturally present in many foods, added to others, and available as a dietary supplement. Selenium, which is nutritionally essential for humans, is a constituent of more than two dozen selenoproteins that play critical roles in reproduction, thyroid hormone metabolism, DNA synthesis, and protection from oxidative damage and infection

Selenium is a trace mineral, which means that the body only needs a small amount of it. It is found naturally in foods or as a supplement. Selenium is an essential component of various enzymes and proteins, called selenoproteins, that help to make DNA and protect against cell damage and infections; these proteins are also involved in reproduction and the metabolism of thyroid hormones. Most selenium in the body is stored in muscle tissue, although the thyroid gland holds the highest concentration of selenium due to various selenoproteins that assist with thyroid function.

Although selenium is being used to prevent certain types of cancer, there is not enough information to show that this is effective.

Selenium is one of the 24 essential vitamins and minerals required for optimal human health. It is associated with increased intrinsic anti-oxidant capabilities and prevention of various forms of cancer, but has received notoriety due to its ability to promote cancer in higher dosages. It is a part of many anti-oxidant enzymes, and is also the main factor in a web of 'selenoamino acids' which are amino acids bound to selenium which can serve as regulatory factors. Selenium intake is also quite variable depending on soil quantities, so one global area may have different soil quantities than another area; thus for some persons supplementation is advisable.

Named for the moon goddess Selene, the mineral selenium deserves to be treated with reverence. Perhaps no other mineral can match selenium’s versatility and wide array of health benefits. Selenium is crucial for antioxidant defenses, boosts the immune system, and helps prevent cancer in several distinct ways.

Selenium is a trace element that is essential in small amounts, but like all essential elements, it is toxic at high levels. Humans and animals require selenium for the function of a number of selenium-dependent enzymes, also known as selenoproteins.

The body needs selenium for normal growth and health. Selenium is needed for certain enzymes that help with normal body functions. Although selenium is being used to prevent certain types of cancer, there is not enough information to show that this is effective.

Selenium is an essential mineral and micronutrient. It is fundamental to human health and found in many foods. It is found in meat, seafood (hence, selenium levels are high in populations with high intake of seafood, like the Inuit population), grain cereals, egg yolk, milk, brazil nuts, mushrooms and garlic. Concern has been raised for some years about falling levels of selenium intake and a possible relationship to the incidence of some diseases, including some cancers.

Selenium has received publicity over the past couple decades based on some confusing and contradictory research about whether low-selenium diets are implicated in cancer risk. To date, this is still a question without a clear answer. Regardless of whether selenium deficiency is associated with increased risk of cancer, it is clear that good selenium nutrition is important for antioxidant protection and for other health reasons as well.