Where in health am I? : Home / Health Cloud / StaynHealthy / Mental Health / Placebo effect

This is not just making it up in your mind. The placebo effect has a biology - Ted J. Kaptchuk MD 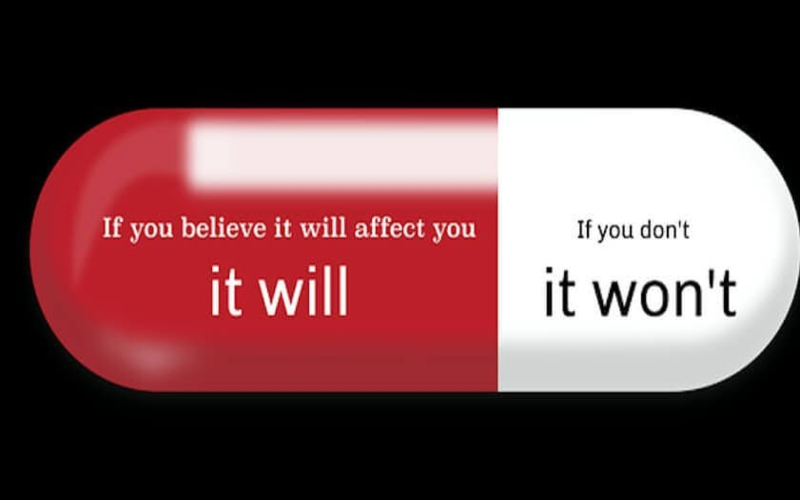 Scientists are finding a growing number of ways placebos appear to bring about real health benefits in patients. The research could someday lead to increased use of placebos—substances that have no apparent pharmaceutical effect—in treatments for common diseases.

Studies have shown that administering placebos reduces pain and symptoms in patients with irritable bowel syndrome and migraines, even when patients know they are taking a placebo. Scientists are exploring if they can get the same result in chronic back pain and cancer-related fatigue.

What if the Placebo Effect Isn’t a Trick?

New research is zeroing in on a biochemical basis for the placebo effect — possibly opening a Pandora’s box for Western medicine.

Can a Placebo Work If You Know It’s Fake?

A behavioral economist answers questions about the power of fake medicines, getting career advice and students who come late to class.

Beecher found himself considering the possibility that anytime he gave painkillers, part of the resulting relief was not from the drugs themselves, but from the patients’ conviction that they were going to feel better. Compelled by this logic, he set up the first program to study placebo effects and in 1955 published “The Powerful Placebo.” He reported that in a sample of more than 1,000 patients, placebos relieved the symptoms (not only pain) of a full 35 percent.

Placebos work even when patients know what they are

Since open-label placebos work, does this mean doctors should start handing them out like Smarties? That may be unwise because it would support a pill-popping, overmedicalised culture. Fortunately, our review of open-label placebos demonstrates something more general: placebo effects are real for many common conditions.

Placebos: what they’re made of matters

Placebo controls are a gold standard against which new treatments are often measured. If a new treatment consistently proves to be better than a placebo and safe, it can be marketed, sold and prescribed. Otherwise, it can’t – or at least shouldn’t. The problem is that, as our latest study reveals, researchers don’t report what placebos contain. Different placebos have different effects, and the choice of what’s in a placebo can lead to mistaken inferences about a new treatment’s benefits or harms.

It's not just mind over matter.

The Future of Work: Placebo, by Charles Yu

“Brad is part of the show. A human placebo.”

Placebo Effect of the Heart

After 40 years, millions of procedures, and billions of dollars, doctors are questioning whether a common procedure is doing more harm than good. How much does heart disease depend on a patient’s state of mind?

Why Is The Placebo Effect Exploding In The U.S. But Nowhere Else?

Whatever the causes (and there are almost certainly more than one), the U.S. appears to hold the title of reigning placebo nation.

A placebo really can mend a broken heart

The power of belief compels you

A radical new hypothesis in medicine: give patients drugs they know don’t work

Why the placebo effect is weirder and potentially more useful than we imagined.

The idea is at least worth considering—and it would explain a lot of strange things about how dieting works.

Can The Placebo Effect Really Work Without Deception? Maybe, Maybe Not

True or false: If I give you a placebo pill and tell you it will zap your back pain, it’s crucial that I not also tell you the pill is just made of sugar. Deception is a key ingredient for the mind to manufacture a remedy out of nothing, right? That’s how we thought the placebo effect worked since its discovery some 70 years ago, but new research is offering a different take (or, at least, a modification of what we thought we knew).

Forget the Placebo Effect: It's the 'Care Effect' That Matters

What Kaptchuk demonstrated is what some medical thinkers have begun to call the "care effect" — the idea that the opportunity for patients to feel heard and cared for can improve their health.

Is A Placebo A Sham If You Know It's A Fake And It Still Works?

Placebos can't cure diseases, but research suggests that they seem to bring some people relief from subjective symptoms, such as pain, nausea, anxiety and fatigue.

Placebo Effect: A Cure in the Mind

Belief is powerful medicine, even if the treatment itself is a sham. New research shows placebos can also benefit patients who do not have faith in them.

A placebo is a story we tell ourselves that changes the way our brain and our body work. A placebo makes wine taste better, cancer drugs more effective and education significantly more efficient and effective.

The Miraculous Power Of The Placebo: Why Success Starts In Your Head

There’s a miracle pill available to everyone. It can help you run faster, jump higher, lift stronger, think smarter, and be more confident. And it has no bad side effects. But it’s not cheap. For some odd reason, the more you pay for it, the better it works.

A fascinating new study finds patients report worse side effects from placebo when they think it costs more money.

The Power Of The Placebo: How Your Mind Can Treat And Prevent Disease

For decades doctors have documented the placebo effect — in which patients feel better after getting fake treatments (sugar pills, saline injections, sham surgeries) they believe to be the real thing. But do placebos merely trick the mind or can they genuinely heal the body?

The weird power of the placebo effect, explained

Yes, the placebo effect is all in your mind. And it’s real.

What’s the Truth About Placebo Effects?

Some say placebos are so powerful they cure almost anything, while others say they barely work. To sceptics, believing in placebos is as irrational as filling the gas tank of your car with Earl Grey tea“ and thinking it will run. In spite of this controversy many doctors give placebos to their patients. So it’s important to know the truth: if placebos work we might like to use them more, otherwise let’s stop fooling ourselves.

Why the placebo effect is getting stronger

The placebo effect is strange—and it’s getting stranger. A sugar pill—if not revealed to the patient—can sometimes heal. Over the past two decades, a lot of clinical trials are showing that the sugar pill’s effects are getting stronger.

New evidence suggests the fake drugs may cause changes in the body, not just the mind.

Explainer: what is the placebo effect and are doctors allowed to prescribe them?

The placebo effect is unquestionably real but not yet fully understood. It is now believed there are different types of placebo effect involving different mechanisms. These include response conditioning based on prior experience, expectation and reward effects mediated through the dopamine system and natural analgesia through the production of endorphins, the body’s own painkillers.

The Science Behind Prayer And The Placebo Effect

However, recent research shows placebos are merely one part of the much larger placebo effects or responses, which span an entire gamut of procedures, substances and rituals ranging from sham surgeries, acupuncture, yoga, chiropractic, massage, homeopathy to specific diets, dietary supplements, herbs to doctor-patient interactions and yes, even prayers.