Where in health am I? : Home / Health Cloud / StaynHealthy / Mental Health / Drugs 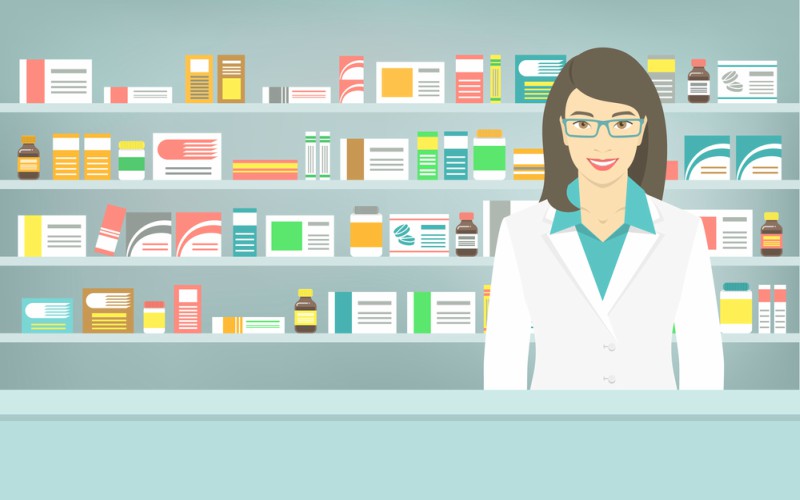 Psychiatric Medicines Are Not All Good or All Bad

To take or not to take psychiatric medicine? That is the question.

Far too many people answer yes and take meds they don’t really need for problems that would get better just with the passage of time and/or brief counseling. More than 20 percent of Americans are on at least one psychotropic drug (sometimes several), too often not for real mental disorders, but for transient emotional distress or for the demoralization that comes from difficult life circumstances.

When prescribed loosely, meds provide little benefit, risk harmful side effects, distract attention from solving the real life problems, and reduce people’s trust in their own resilience and the help they can receive…

Ketamine, psilocybin and ecstasy are coming to the medicine cabinet

From expanding minds to healing brains.

Beta Blockers Were a Miracle Cure for My Stage Fright

Then they took over my life.

More than a third of American adults use medications that list depression as a risk, and a quarter use drugs that increase the risk of suicide.

Inside the Push to Legalize Magic Mushrooms for Depression and PTSD

Activists, entrepreneurs, and doctors in the US and Canada are working to decriminalize psilocybin psychotherapy and calling for a psychedelic revolution.

Psychedelics to treat mental illness? Australian researchers are giving it a go

Australia needs a paradigm shift in the way we treat mental illness. Scientific research is increasingly pointing to psychedelic drugs like psilocybin and MDMA (methylenedioxymethamphetamine, more commonly known as Ecstasy) as viable options.

The Psychiatric 'Wonder Drug' That Almost No One Is Using

Clozapine could save the lives of suicidal schizophrenic people who aren't responding to other treatments. So why are so few doctors using it?

From Benzedrine to Abilify, Chronicling America’s Love of Psychiatric Drugs

America may be the land of Mickey Mouse and Goofy, but the US isn’t exactly the happiest place on Earth. Antidepressants are the most commonly popped pills in the country, accounting for 227 million prescriptions filled last year alone. Of course, Prozac and its descendants aren’t the only popular psychiatric meds:

There are medications that help people feel better a lot faster than today’s antidepressant pills. And feeling better sooner means that people can take helpful actions sooner, developing helpful habits for long-lasting change and lifting themselves out depression. And there are other medications that might not work any faster, but have antidepressant effects without some of the most troubling side effects associated with medications like Zoloft (sertraline) or Paxil (paroxetine).

Almost three decades later, America is still a Xanax nation. It remains the most popular psychiatric drug, topping more recently introduced medicines like the sleeping pill Ambien (No. 2) and the antidepressant Lexapro (No. 3).

There’s been a lot of attention in the media about the number of children taking antipsychotic and other psychiatric medications. The assumption behind most of these stories is that these drugs are being overprescribed, and given to children with minor behavioral issues.

Are Psychiatric Medications Making Us Sicker?

A caveat is in order here. Whitaker does NOT claim that medications have no value and that no one should take them. In his talk at my school, as in his book, Whitaker acknowledged that many people benefit from psychopharmacology, especially over the short term. But he does believe that the drugs should be administered far more sparingly.

Psychiatrists who take time with their patients are not the norm. It's not because others don't care. Rather the system rewards efficiency, not empathy.

More Evidence That Antidepressants Are A Much-Needed Therapy, Not A Threat

A suite of three studies published Wednesday gives additional insight into the safety of antidepressant use during pregnancy: While there may be some slightly higher risks, the medications are a safe and important treatment for women with moderate to severe depression.

In over a decade of legal proceedings that followed, it became apparent that most physicians were unaware of serotonin toxicity and of the potentially fatal interaction of meperidine and monoamine oxidase inhibitors.

Nearly 46 percent of people with at least three prescriptions had no diagnosis of a mood, chronic pain or sleep problem, the study found.

Are we using good scientific evidence to make decisions about keeping these young people on antidepressants? Or are we inadvertently teaching future generations to view themselves as too fragile to cope with the adversity that life invariably brings?

The Coming Boom In Brain Medicines

The modern drug business was built on brain medicines: Valium was the first blockbuster, selling 2 billion tablets in 1978, and Prozac defined the industry in the 1990s.

Many young people today have now spent most of their lives on antidepressants. Have the drugs made them 'emotionally illiterate'?

The Psychoactive Effects of Psychiatric Medication: The Elephant in the Room

Things Your Doctor Should Tell You About Antidepressants

What Really Happens When You Drink While on Psych Meds?

When it comes to drugs, nothing is promised to you.

Psychiatric Medicines Are Not All Good or All Bad

There are risks on both sides. Staying on meds can cause serious complications, particularly if the person gains substantial weight on them. But going off meds can be a path back to illness and all of its dire consequences.

BehaveNet is the Web’s most comprehensive freely accessible encyclopedic taxonomy of psychiatric drugs (including drugs of abuse), diagnoses (including diagnostic criteria), terminology and notable people with references to associated media and other resources.

Listed here are two tables of commonly prescribed psychotropic mediations. The first table is a listing of medications based on their psychiatric use. This table includes brand names and their generic form in parentheses. The second table provides a cross-reference by generic name.

Here you'll find detailed information on the usage, dosage, and side-effects of various psychiatric medications such as antidepressants, antipsychotics and antianxiety medications.