Where in health am I? : Home / Health Cloud / StaynHealthy / Mental Health / Drug Overdose

The world can be a dangerous place, but even with all the bad drivers, treacherous heights and violence, more people are dying from drug overdoses than from any other cause of injury death, including traffic accidents, falls or guns - Nick Wing 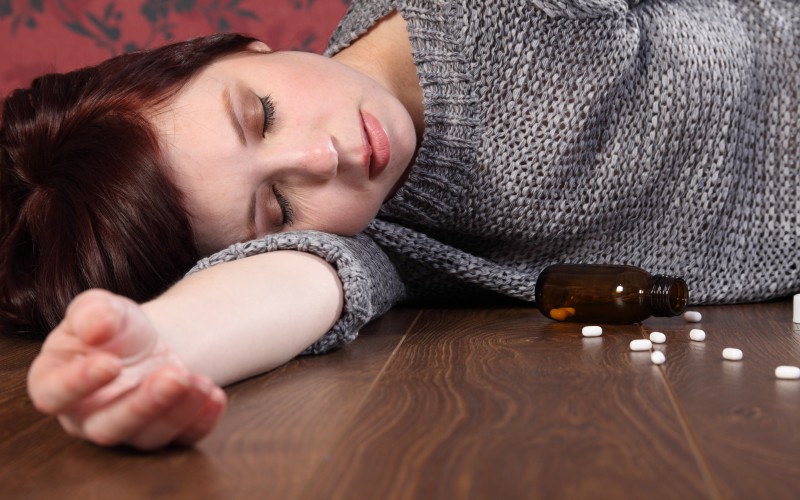 Why are more Americans than ever dying from drug overdoses?

The growing drugs crisis sweeping across the US is deadlier than gun violence, car crashes or Aids, none of which have killed as many Americans in a single year as overdoses did in 2017.

Newly confirmed figures released by the Centers for Disease Control and Prevention (CDC) show the increasing scale of the crisis.

The drugs epidemic is not confined to a small number of states nor to lower-income areas, but instead has spread across the whole country. While there are concentrations around the midwest, and regional differences in the type of substance, overdose deaths are happening everywhere.

Pillbox enables rapid identification of unknown solid-dosage medications (tablets/capsules) based on physical characteristics and high-resolution images. Once a medication is identified, Pillbox provides links to drug information and drug labels.

When accidents happen with chemicals, medicine, or household items, call Poison Help. Get help right away from a local poison expert. If someone is unconscious or has trouble breathing, call 911.

As Fentanyl Overdoses Rise, How to Keep Loved Ones Safe

Drug overdoses have reached record highs. Experts offer tips to talk about opioids with your family.

New data shows a surge in overdose deaths involving fentanyl and methamphetamine. Overall, the nation saw a 15 percent increase in deaths from overdoses in 2021.

The opioid epidemic has made America an outlier among wealthy nations when it comes to drug overdoses.

As Fentanyl Overdoses Rise, How to Keep Loved Ones Safe

Drug overdoses have reached record highs. Experts offer tips to talk about opioids with your family.

We believe — along with many other experts in the field — that as was the case for these earlier programs, the evidence presently available is sufficient to justify the careful introduction of trials of pill testing around Australia. Specifically, we support the availability of facilities to allow young people at venues or events where drug taking is acknowledged to be likely to seek advice about the substances they’re considering ingesting.

Meth Is Top Drug in the West for Overdose Deaths

Methamphetamine, or “meth,” the powerful man-made alternative to plant-based stimulants like cocaine and crack, is playing a bigger role in fatal overdoses in the western half of the U.S. than the synthetic opioid fentanyl.

It would be the first decline in drug overdose deaths in decades. But there are reasons to be cautious.

As public health officials tackle opioid addiction and overdoses, another class of prescription drugs has been contributing to a growing number of deaths across the United States.

The Mysterious Consequences of Repeatedly Overdosing on Opioids

Experts are concerned we'll see a rise in brain damage among people who survive multiple ODs in the age of fentanyl.

America, It's Time For An Intervention: Drug Overdoses Are Killing More People Than Cars, Guns

The world can be a dangerous place, but even with all the bad drivers, treacherous heights and violence, more people are dying from drug overdoses than from any other cause of injury death, including traffic accidents, falls or guns.

Drug Overdose Is a National Crisis: It's Time to Act

Unfolding before our eyes is a national public health crisis: fatal drug overdose has increased more than six-fold in the past three decades. Today, more Americans are dying of drug overdoses than traffic accidents, primarily from heroin and prescription pills like oxycodone and Vicodin. Every single day, 120 people die in the U.S. of a drug overdose.

Drug Overdose: It Can Happen to Any Family

This can happen to anyone. No socioeconomic barriers exist. Every time you abuse recreational drugs, there is a chance that it is tainted with a substance that can kill.

Houston? We Have a Problem

In the past few years prescription drugs have claimed the lives of more celebrities than hard drugs like heroin and cocaine. Will Whitney Houston be on that list?

Ice causes death in many ways, overdose is just one of them

Overdoses are happening at an increasingly fast rate. Mixing opioids with alcohol and sleeping pills is probably making it worse.

The Heroin Hearse in the Overdose Capital of America

“Inject Heroin. Reject Life.” These stark words are scrawled across the side of Dwayne Wood’s hearse, which he drives daily through the streets of Huntington, West Virginia. His message is not subtle, but in the overdose capital of America, Wood simply won’t beat around the bush.

The Rise Of Overdose Deaths In Rural America

The Role the Media Can Play in Reducing the Overdose Crisis

When the media reports on drugs and overdose, it does a service for the community. It's important to inform the populace about threats to their safety and well-being. But when the media fails to mention any of the solutions and the hard work of countless people to address the problem, it fails all of us.

The term 'drug overdose' is thrown around a lot, but new findings suggest that patients at risk for "overdose" may not like that term.

This City’s Overdose Deaths Have Plunged. Can Others Learn From It?

Dayton, Ohio, had one of the highest overdose death rates in the nation in 2017. The city made many changes, and fatal overdoses are down more than 50 percent from last year.

Why are more Americans than ever dying from drug overdoses?

Deaths from drug overdoses in the US reached staggering new heights in 2017, according to newly published figures. Trump called the crisis a “national shame and human tragedy” – but what is fuelling it?

International Overdose Awareness Day hopes to diminish the stigma associated with drug use. That includes all drugs, licit and illicit (and alcohol, too)..

Here you will find information you need to start prescribing and dispensing naloxone (Narcan) rescue kits, including some useful resources containing further information about this life-saving medicine.

Welcome to The Poison Review, a critical update and evaluation of recent scientific literature, news stories, and cultural events related to the field of medical toxicology. Our interests are wide-ranging and eclectic, since we take our philosophy from Paracelsus, often called the father of toxicology: “All things are poison and nothing is without poison, only the dose permits something not to be poisonous.”

Welcome to the Podcast page for ACMT. This is an ever expanding and growing section.

App for anyone who wishes to help consumers of opiate drugs (such as codeine, fentanyl, heroin, methadone, or morphine), including family, friends, social welfare workers, and the drug consumers themselves.