Can't stay away from social media? You're not alone; social networking is engineered to be as habit-forming as crack cocaine - Mike Elgan 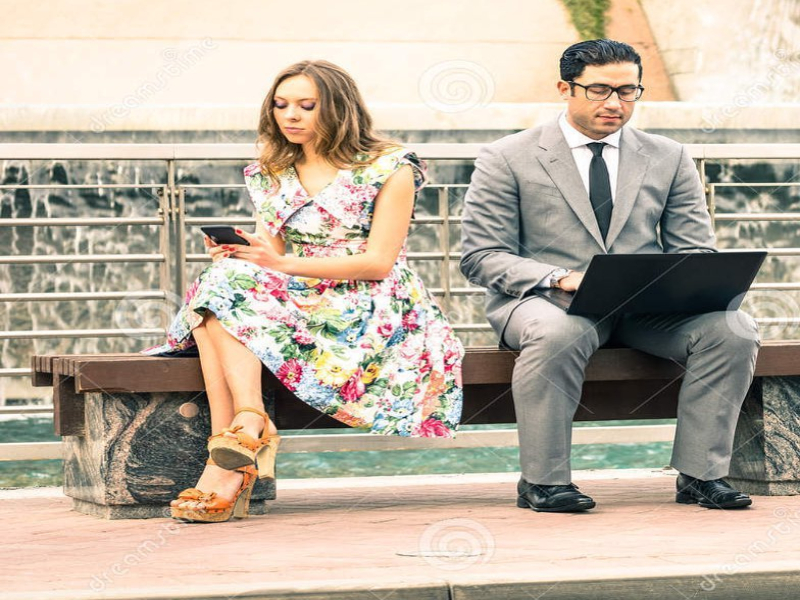 A Generation Living for Likes

Social media sites can be addictive. Almost as addictive: complaining about what social media does to young people.

Can’t Put Down Your Device? That’s by Design

There’s even an industry term for the experts who continually test and tweak apps and sites to better hook consumers, keep them coming back and persuade them to stay longer: growth hackers.

Sean Casey, the president of Nielsen’s social division, said the finding initially surprised him because “the going thought is that social is vastly owned by the younger generation.”

Social media addiction is a bigger problem than you think

Can't stay away from social media? You're not alone; social networking is engineered to be as habit-forming as crack cocaine.

Name your poison: Facebook, Twitter, YouTube, Instagram, Pinterest, Vine, Tumblr, Google+, apps, games and pretty much anything else connecting us to some kind of software and throught them to other people. It’s good, it’s bad and, depending on the user, it can get ugly.

Social media can be habit-forming, but WSJ Personal Tech columnist Geoffrey A. Fowler has tips for limiting your Facebook time, and increasing real, live face time.

Tech Bigwigs Know How Addictive Their Products Are. Why Don’t the Rest of Us?

Why are the world’s greatest public technocrats also its greatest private technophobes? It seemed as if they were following the cardinal rule of drug dealing: never get high on your own supply.

The Psychology of Social Media Addiction

Psychologists and scientists have now taken the time to study social media in terms of why they believe it interferes with aspects of our daily life.

Admit it, you’ve thought about walking away from Facebook at one time or another. Perhaps you’ve gone so far as to shut down your account, swearing never to return, only to meekly log back in a week later.

What Is Social Networking Addiction?

Social networking addiction is a phrase sometimes used to refer to someone spending too much time using Facebook, Twitter and other forms of social media -- so much so that it interferes with other aspects of daily life. There's no official medical recognition of social networking addiction as a disease or disorder. Still, the cluster of behaviors associated with heavy or excessive use of social media has become the subject of much discussion and research.

Why We Can’t Look Away From Our Screens

In the past, we thought of addiction as mostly related to chemical substances: heroin, cocaine, nicotine. Today, we have this phenomenon of behavioral addictions where, one tech industry leader told me, people are spending nearly three hours a day tethered to their cellphones. Where teenage boys sometimes spend weeks alone in their rooms playing video games. Where Snapchat will boast that its youthful users open their app more than 18 times a day.

12 signs that you're addicted to social media

A new survey reveals that Instagram is the worst social media site in terms of its impact on the mental health of young people...Here are 12 signs that you too could be addicted to social media.

How To Break Your Social Media Addiction With The Binky App

If you listen to the news, it will come as no shock to you that social media is ruining our lives. In the past few months I've seen it blamed for everything from reduced workplace productivity to increased anxiety and mental instability. And I believe it.

The Internet is said to show our common humanity. Through its data, it is said to provide a kind of omniscience, and through its social networks, a deeper sense of connection. For those without access, it holds the promise of a better life. For those of us who use it a lot, its power to affect our lives is clear — but what is the nature of that effect? How does it change our behavior? The way we see others? The way we see ourselves?

Quit Social Media Every Other Day

One approach for people interested in breaking a compulsive checking habit.

No well-documented treatment for SNS-addiction exists, but knowledge gained from Internet addiction treatment approaches might be transferable to SNS-addiction. Overall, the research on this topic is in its infancy, and as such the SNS-addiction construct needs further conceptual and empirical exploration. There is a great demand for studies using careful longitudinal designs and studies which include objective measures of both behavior and health based on broad representative samples.

Tristan Harris believes Silicon Valley is addicting us to our phones. He’s determined to make it stop.

Social Media Addiction is not a formal clinical diagnosis, it is fair to say that many people spend far too much time on social media and may at the very least describe themselves as being “obsessed”, if not addicted. In recent years the mental health community has become increasingly interested in the impact that modern technology has on our lives – both positive and negative.