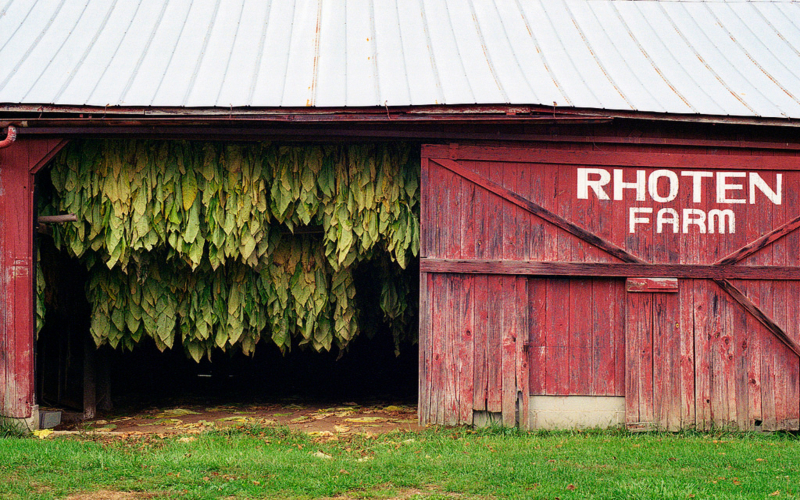 The Kipembawe Division is hidden in the southern highlands of south-west Tanzania, a long seven-hour drive north from the city of Mbeya. The scenery is stunning, yet when you look closer you can see that tobacco plants dominate agricultural areas, and the sound of trees being felled is a constant background noise.

Just the word “tobacco” conjures up vivid imagery of death and disease, as depicted on graphic cigarette packets and through hard-hitting anti-smoking campaigns. But tobacco’s impact starts long before it is found wrapped in a cigarette, and affects many more people than the estimated one billion smokers worldwide.

The tobacco industry says it no longer tries to hook new generations of smokers. So what’s behind the legions of beautiful young people in smoking, vaping and partying posts with the same hashtags?

Researchers combing through archives discovered that cigarette makers had applied their marketing wizardry to sweetened beverages and turned generations of children into loyal customers.

Gottlieb railed against smoking as the leading cause of preventable death in the US, and proposed innovative policy solutions to reduce the health harms of tobacco (such as nicotine limits and a menthol ban).

Despite the enormous harm they cause, and the massive profits they earn, it turns out that multinational tobacco companies pay almost no corporation tax in the UK. Given the deficit in NHS funding, this should spur the government into action.

The Fight to Keep Tobacco Sacred

Native Americans have the highest smoking rates in the country. Some tribal members are attempting to reverse that trend in a surprising way.

Tobacco Companies Are Targeting New Markets. Here's What The WHO And Bloomberg Are Doing About It

You've got to hand it to tobacco marketers. For decades, they've continued to convince well over a billion of people to put little smokestacks in their mouths and regularly suck gunk into their lungs. And this is in spite of the resulting yellow teeth, bad breath, smelly hair and clothes, and wallet-like skin.

Tobacco Is A Deadly Threat To Global Development

Tobacco is a deadly product that kills more than 7 million people every year, and costs the global economy more than US$ 1.4 trillion annually in healthcare expenditure and lost productivity.

CVS Health is escalating its effort to curtail smoking and use of tobacco products, announcing $1.4 million in “new giving” to 82 colleges and universities to make their campuses “smoke- and tobacco free.” The money, given through the CVS Health Foundation, comes amid a crackdown by the U.S. Food and Drug Administration on CVS rivals including Walgreens Boots Alliance for selling tobacco products to young people.

Our paramount business strategy is to replace cigarettes with less harmful, smoke-free alternatives. That’s what we call a smoke-free future.

Busting the myth that roll-your-own tobacco has fewer additives

While the relative cheapness of roll-your-own tobacco is a major explanation of its rising popularity, several other factors are also relevant. Many people who use it like the ritual of rolling their cigarettes, feeling it is a creative and relaxing ritual.

It was the Stalingrad of Big Tobacco: The moment a previously indestructible adversary was brought to heel.

"Tobacco, divine, rare, superexcellent tobacco, which goes far beyond all the panaceas, potable gold and philosopher's stones, a sovereign remedy to all diseases! a good vomit, I confess, a virtuous herb, if it be well qualified, opportunely taken and medicinally used...

Nicotine-free tobacco may end up doing the world a lot of good. But if so, that good won’t come from cigarette production. It’ll come from the use of tobacco plants to make medical products such as insulin and vaccines . Take out the nicotine, take out the carcinogens, and tobacco is a different animal—or, rather, a different plant—altogether. Put that in your pipe. And don’t smoke it.

Tobacco-smoke residue that lingers in furniture, curtains and house dust can still be harmful

There is growing evidence that third-hand smoke contamination is extensive and can linger for extended periods. Non-smokers can be exposed to third-hand smoke from breathing residual gases, touching surfaces and swallowing dust. Chemical reactions of nicotine stuck to surfaces can lead to an increase in the amount of carcinogenic chemicals over time.

Just the word “tobacco” conjures up vivid imagery of death and disease, as depicted on graphic cigarette packets and through hard-hitting anti-smoking campaigns. But tobacco’s impact starts long before it is found wrapped in a cigarette, and affects many more people than the estimated one billion smokers worldwide.

You already know that tobacco is bad for you, but even experimenting can come with a cost.

The Tobacco-Related Disease Research Program (TRDRP) funds research that enhances understanding of tobacco use, prevention and cessation, the social, economic and policy-related aspects of tobacco use, and tobacco-related diseases in California.

Welcome to the news collection, the heart and soul of tobacco.org. With nearly 100,000 articles in the database, it's a great place to check out what has happened, or what is happening in the tobacco world.

World No Tobacco Day (WNTD) is observed around the world every year on May 31. It is intended to encourage a 24-hour period of abstinence from all forms of tobacco consumption around the globe.