It is the most important achievement of my life - Dr. Jean-Jacques Muyembe Tamfum 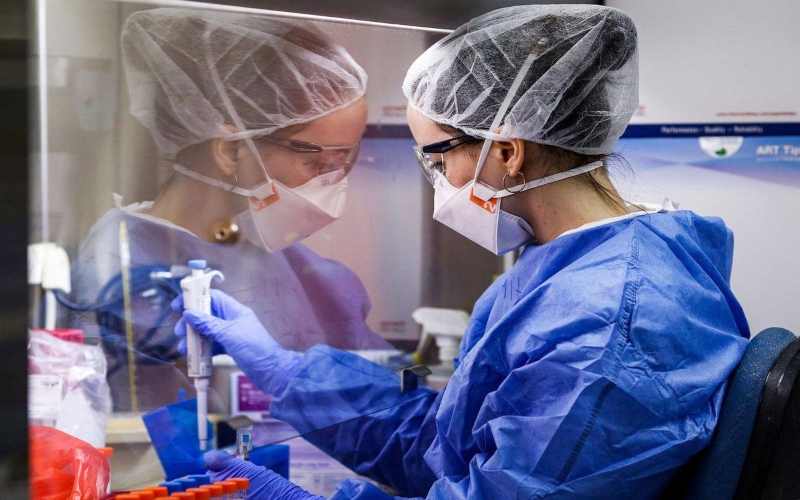 “Blood is an unusual fluid”: The therapeutic antibody revolution

Replacing missing or faulty human hormones with their recombinant equivalents is a relatively straightforward way to treat disease. But by the mid-1980s, scientists were beginning to think about how they could exploit a more mysterious and unpredictable class of human proteins, antibodies.

Antibodies are small proteins produced by B cells which form part of our immune systems. They recognise and bind to foreign material like viruses, bacteria, toxins, and even rogue cells within our own bodies. Each antibody consists of four protein chains arranged in a Y shape. They have constant regions and variable regions of around 110-130 amino acids on the arms of the Y that allow the antibody…

Development of therapeutic antibodies for the treatment of diseases

Current antibody drugs have increasingly fewer adverse effects due to their high specificity. As a result, therapeutic antibodies have become the predominant class of new drugs developed in recent years.

A long history: An introduction to biosimilars and monoclonal antibodies (mAbs)

... but who is responsible for creating monoclonal antibodies? This discovery is down to the work of César Milstein and Georges Köhler, who won the Nobel Prize in Physiology or Medicine in 1984 for their production method. By fusing lymphocytes (lymphatic cells) with myeloma (tumour) cells, they were able to create an immortal cell line capable of producing specific antibodies...

Attention to therapeutic monoclonal antibodies has been dramatically increasing year by year. Their highly specific targeting of antigens can provide very effective medical treatment, and the advent of molecular-targeting medicine is allowing development of a new generation of therapeutic agents.

César Milstein began researching somatic mutation in the 1960s, which he hypothesised was responsible for antibody diversity and specificity. He investigated this mechanism in antibodies produced by myeloma cells, which were readily available at the time. However, the exact antigen specificity of these cells was unknown, making it difficult to study their molecular mechanisms.

History of the Monoclonal Antibody - Part I

Monoclonal antibodies are a pretty ubiquitous research tool. In fact, you’d be hard-pressed to find a lab without a freezer full of them. They have myriad uses from examining protein localization within a tissue (e.g., IHC), to isolating a particular protein out of a proteinaceous soup (e.g. WB, IP), or separating a specific cell population from the tissue milieu (e.g., FACS). They are such a fundamental part of so many research strategies that without them there wouldn’t be many tricks left up our collective sleeve. So, it’s a little strange to think that we really haven’t had them at our disposal for all that long .

Science will only fulfill its promises when the benefits are equally shared by the really poor of the world —César Milstein, Un Fueguito

Monoclonal Antibodies: How to Navigate the Naming Scheme

Monoclonal antibodies (mAbs) are a relatively new, unique class of biologic agents. In the short time they have been commercially available, treatments have been developed for autoimmune and alloimmune diseases, antitumor therapy, antiplatelet therapy, and numerous other indications. Despite the rapid growth in this field, mAbs are poorly understood by a large number of providers and pharmacists.

Since the first description of how to generate monoclonal antibodies was published in the 1970s, this field of research has grown tremendously.

Monoclonal antibody drugs – a history of success and a bright future!

The use of monoclonal antibody drugs for therapeutic outcomes remains a topic of high interest throughout the research community.

The Future of Monoclonal Antibodies

Over the last decade monoclonal antibodies (mAbs) have been one of the fastest-growing classes of pharmaceutical drugs. As more potential targets are identified through a greater understanding of molecular mechanisms underlying disease, it offers opportunities for the development of new mAb-based drugs.

“Blood is an unusual fluid”: The therapeutic antibody revolution

Antibody therapy is one of the fastest-growing areas of biotechnology. The first fully human monoclonal antibody, Humira, was approved in 2002 for the treatment of rheumatoid arthritis, and quickly became a bestselling blockbuster drug.

The Antibody Company is a fully integrated antibody engineering, production, purification and assay development specialist based in the UK. We work within an ISO9001 quality assured environment, offering a rapid and reliable turn-around enabling companies to secure supplies of high-quality product at a competitive and stable cost.